But can I win? 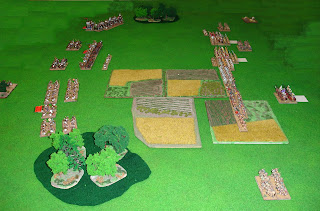 Mark Woods has deployed his army in three divisions: archers, chariots and elephants 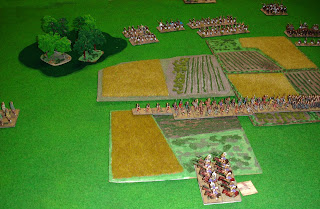 My Thracians face the archers across some fields. 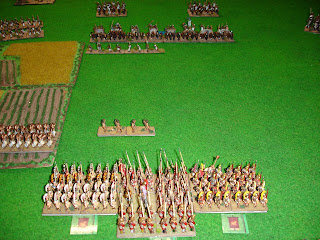 My centre pike await the chariots. 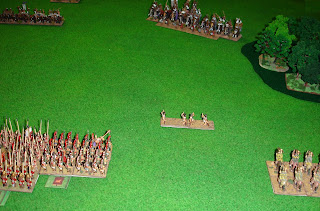 While my right flank pike await the elephants. 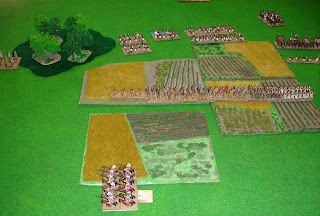 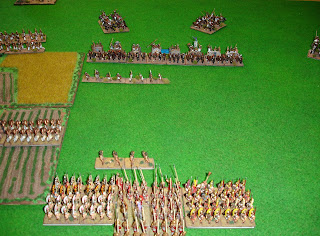 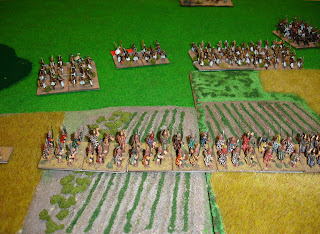 My Thracians bearing down on the Indian archers 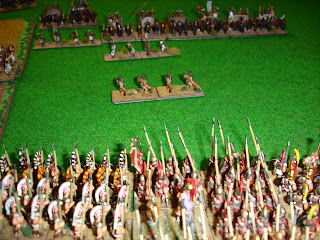 A bit of skirmishing in the centre 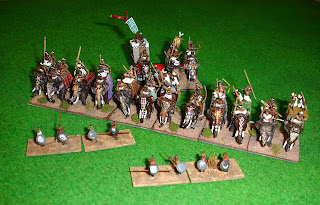 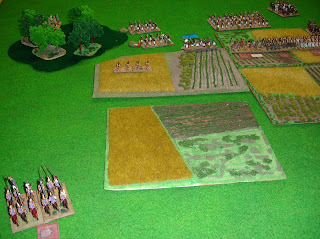 Disaster!
After a promising start two units of Thracians are destroyed. 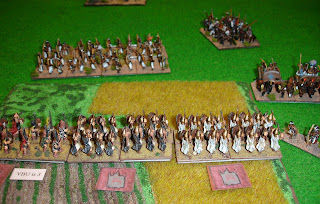 The remaining Thracian and Peltasts comprising my left flank are in trouble. 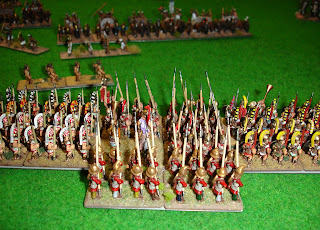 But the central pike grinds on.
Best to get into action before its left flank is exposed. 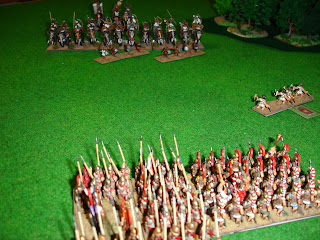 Things are developing slowly on the right. 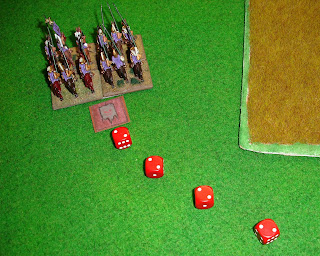 Did I say the Macedonian heavy cavalry needed to get a move on?
They have failed four Discipline Tests in a row. 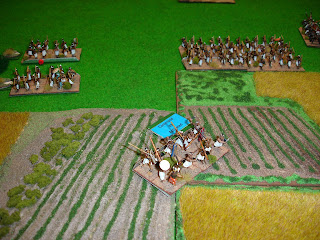 The Indian Palace Guard have wiped out all before them.
My left flank is on the verge of collapse (one point form breaking) 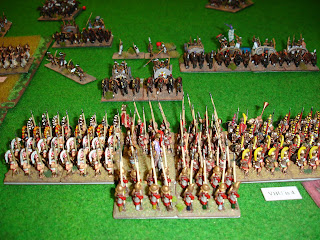 My skirmishers are run down by the Indian Chariots 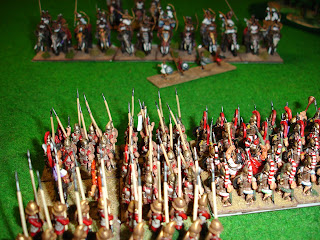 I'm slowly getting closer to the elephants 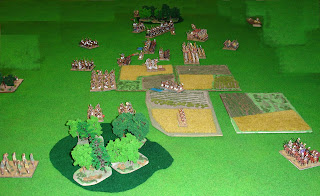 Looking down the field from the left flank 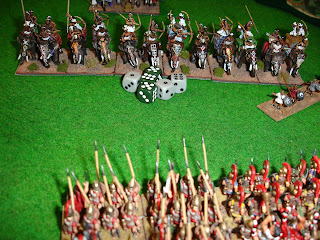 Missile fire form the elephants is as ferocious as the beasts 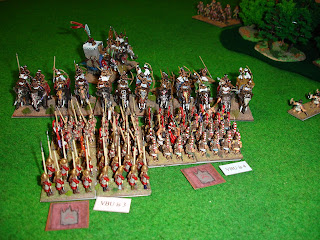 Bruised, the pike and Hoplites attack. 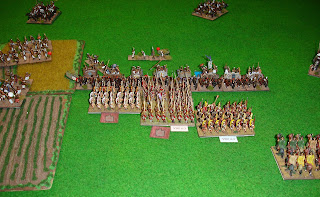 And in the centre the chariots are engaged.
But...
The Indian Palace Guard is bearing down on the exposed left flank. 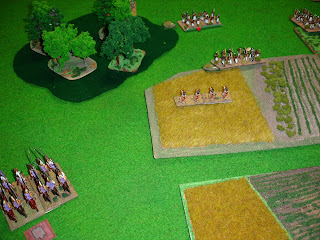 The Cretan archers try and bravely hold the field 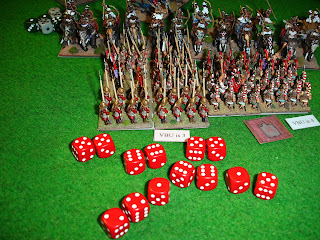 Many elephants are slaughtered 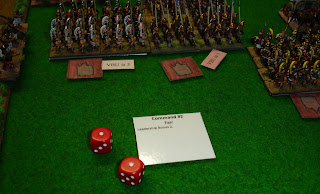 But then the centre commander decides he is having a bad day.

BUT
The flank attack by the Palace Guard failed when I threw a miraculous 1 for the Cohesion Test.
(My two Rolls of Destiny had been used earlier trying to save the Thracians). 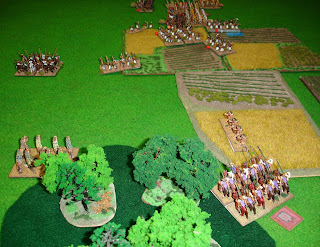 My cavalry arrives and pushes back the Indian right flank 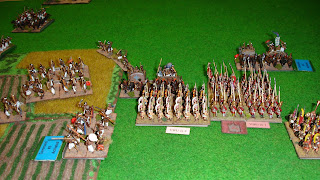 The fighting is fierce in the centre. 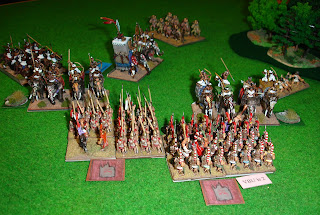 And equally so on the right. 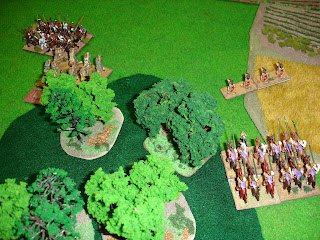 The remains of my left flank command 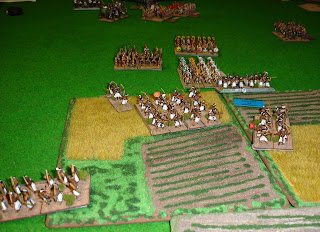 The remains of the Indian army 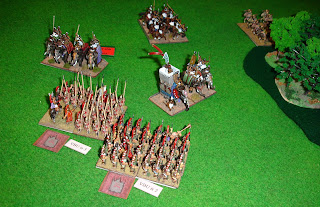 Both the Indian centre and left flank have been routed.

Victory snatched from the jaws of defeat.