Victory from the Jaws of Defeat

Thursday I was fortunate to use models from Richard's fine collection to try a breakout from Falaise pocket type scenario (Scenario 9 "Breakout" in the rule book).  As always we did it big, with the Germans being over 8,000 points.  They have 12 turns in which to escape (effectively to travel the length of the table).  As the German player I was dubious and made sure we measured (and subsequently adjusted) the table size to fit in with the Blitzkrieg Commander's suggested table size. 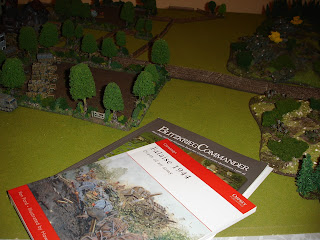 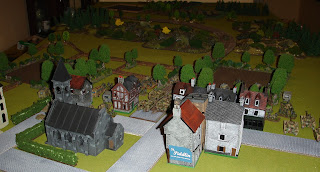 The Germans who will be breaking out 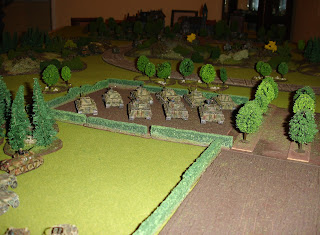 The Germans who will be attempting to break them out. 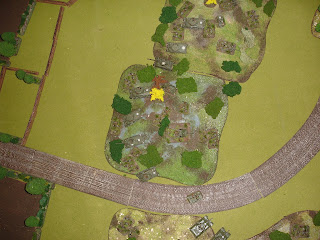 The forces that will be trying to keep them in. 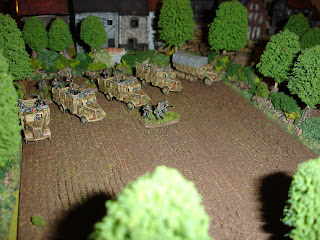 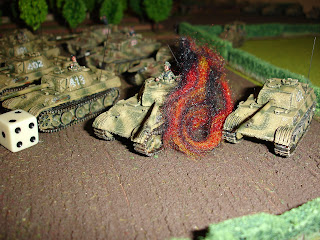 The attacking panzers come under air and artillery strike. 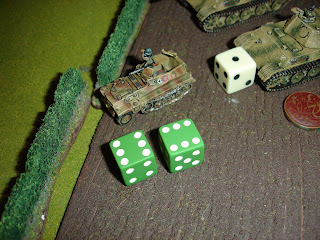 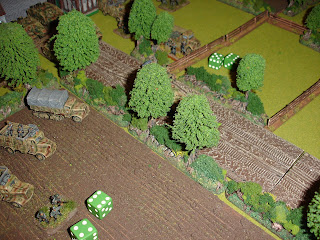 It gets worse, the Germans attempting to breakout fail their command rolls. 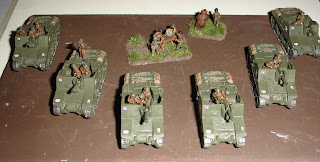 Off board allied artillery. 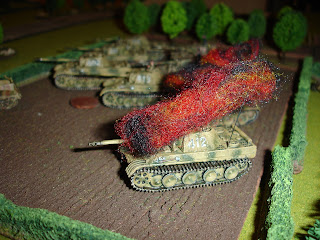 It started to take a toll on the stalled panzers. 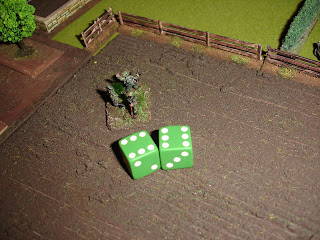 How much worse can it get? 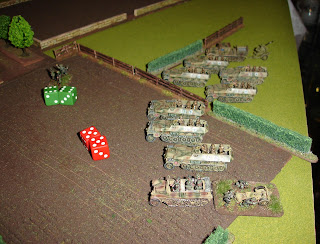 Very.  As the result of a second command blunder on the third turn a third of the attacking Germans leave the table (perhaps the Typhoons chased them off). 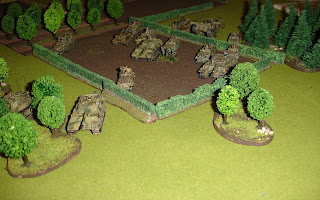 This meant the relief force morale was broken and they need to throw low to remain in the battle.  Remarkably they did so for the next two crucial turns (4 and 5). 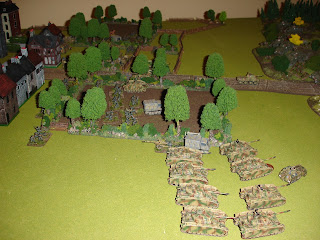 The German breakout gets underway. 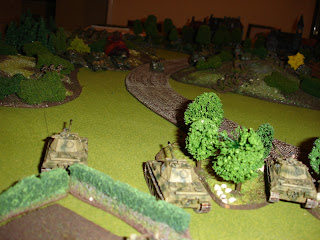 Finally the Germans start to knock a hole in the allied defences. 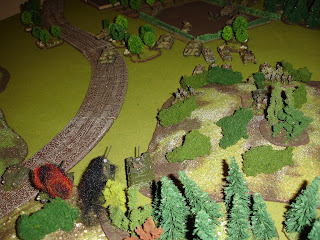 The M10s burn, but the 17pdrs continue to inflict losses.  The skies seem clear and even the allied artillery is strangely quiet. 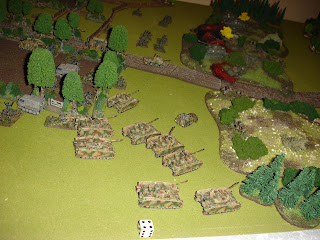 The Germans are desperate and attack. 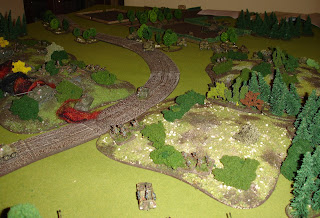 The German attack coincides with an allied command blunder. 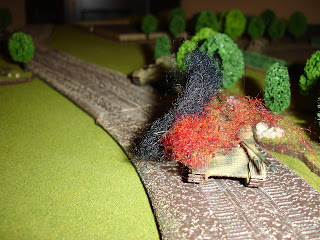 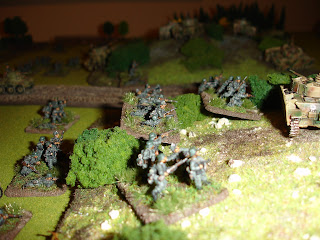 Success.  The Germans over run one allied position.  This unlocks a large part of the allied line and the Germans have the moves in order to exploit their sudden good fortune. 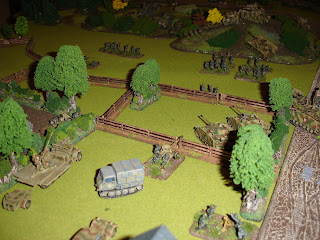 Sufficient losses are now inflicted on the allies that their morale breaks. 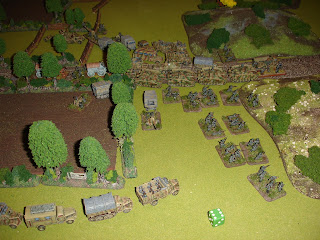 Turn six and the exodus gets under way. 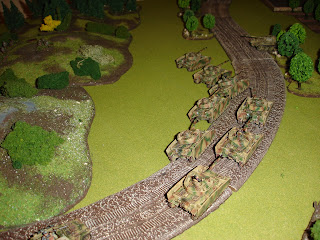 There is still a way to go, but the Germans succeed in exiting the bulk of their trapped forces from the pocket before the end of turn 12. 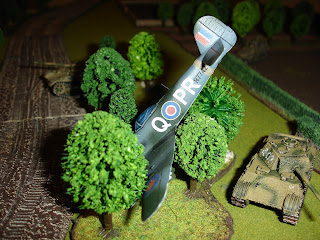 Richard makes his feeling known for the failure of the RAF to stop the Germans.