Aliens in my appliances

Today I found a very disturbing thing: I had aliens in my appliances. 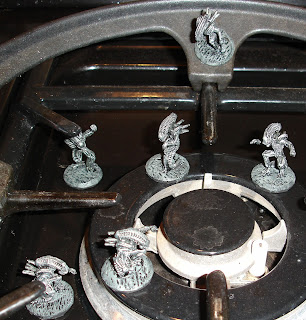 I fear they are looking for somewhere warm to nest. 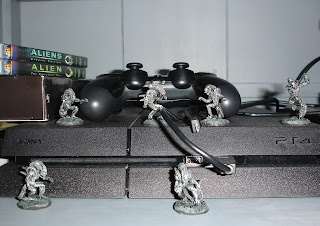 I looked for the source of the infestation. 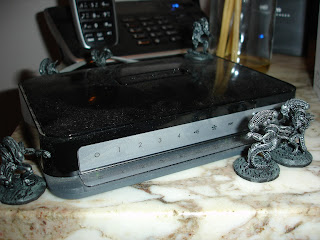 As you can see they are coming from the Internet. 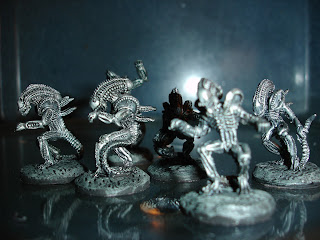 I had a solution. 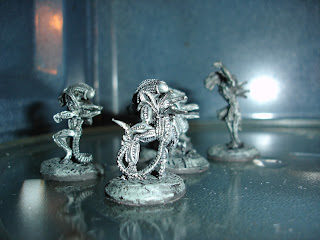 I've had these figures for at least ten years.  I think I painted them up as soon as I got them as they didn't require much work... Wrong.  Their bases were such that they easily toppled over.  But now I have based them on washers and built it up with plaster and tried a bit of sculpting to extend the original base design.  All finished.  Challenge will be to use them in a game.

As with the goblins, I don't know the manufacturer of these figures.  However a Google search found this site:  Stuff of Legends.  They have an image of these figures under "Alien Warriors #1" and attribute them to Leading Edge Designs with the sculptor being Bob Ridolfi with production date as "before 1994 to 1996" (whatever that might mean - I can't recall when or where I got them). It looks like there was quiet a range tying in with the second movie:
http://www.cs.cmu.edu/~tpope/sol/leading-edge/aliens.html