Charles the Bold vs Medieval Scots

Time for my Burgundian Ordonnance to take the field and battle Mark's Scots.  As time was limited we went for a 600 point engagement, which seems a good size for medieval armies.

My lads, well drilled, handy with a sword, experts with lance or longbow, with a few armed with crossbow for variety. 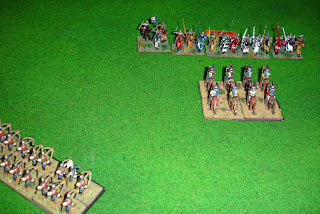 The Scottish knights are harassed by mounted crossbowmen on my right. 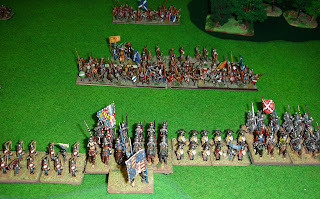 In the centre the Scottish skirmishers have lured my army off the hill. 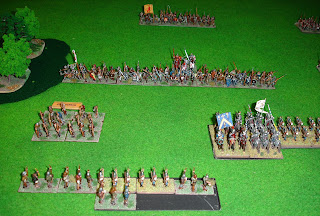 On my left my longbowmen are doing well holding the flank. 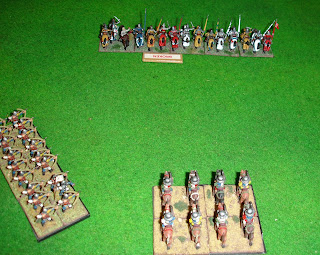 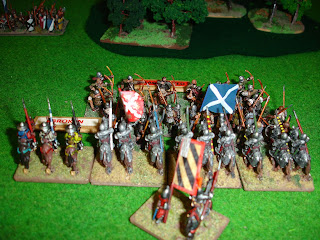 Still on my right, a unit of men-at-arms got the better of one block of spears. 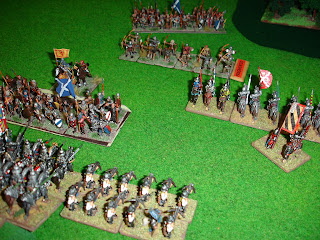 The centre was a game of chicken.  I was hoping my missile troops could repeat the success of the mounted crossbow. 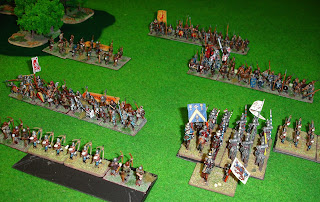 On my left it was looking promising as weight of archery fire disrupted the Scottish spear. 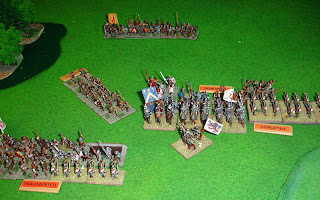 But the Scots rallied and got stuck into the longbow. 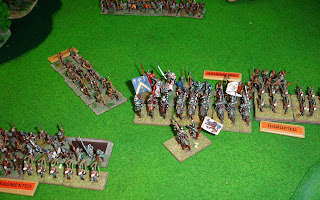 The fighting in the centre left was hard, but started to go my way.

RIP Charles the Bold.
In the centre things were going good, until my CinC was killed.  However, around now, victory went to the Burgundians based on the number of Scottish units destroyed or impaired. 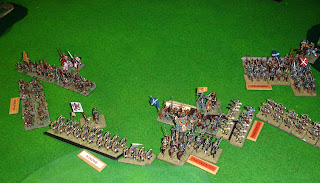 We played on as we still had time and were having fun.
My wing Men-at-Arms were repulsed (actually destroyed on the left), but in the centre, while severely shaken after the death of their lord, the Burgundians triumphed.

FOG, while not without its faults, always gives a good game.