Last night I raced my trusty Albatross to intercept a mixed allied force engaged on a bombing mission somewhere on the Western Front. 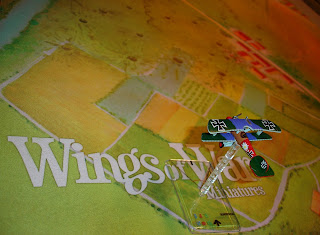 Using one of the original Wings of War mats in Stephen's collection. 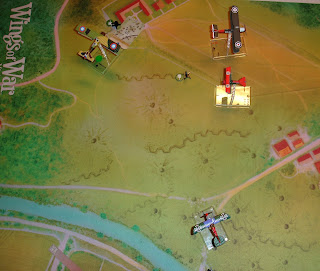 Assisting in defense of the 2nd Reich is Greg in the red Fokker. 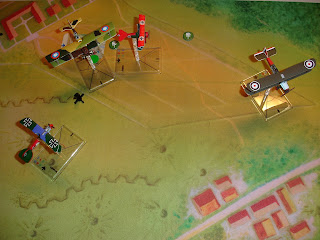 Were opposed by Mark B in the French bomber and Stephen B in the British bombers. You might think they got to go bombers as their surnames started with the letter "B".  However this was not the case, their planes were part of Stephen N's collection (and he manned the AA guns) while Greg and I flew our own planes. 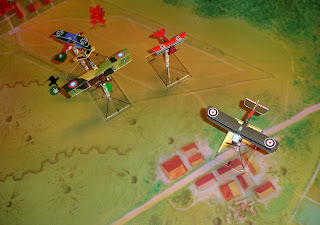 They came.  They saw.  They bombed. 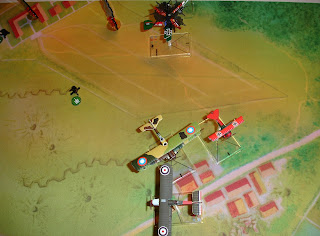 After what I thought was some clever flying I copped a telling shot from Mark B and blew up.  WTF?  It's my birthday!!! 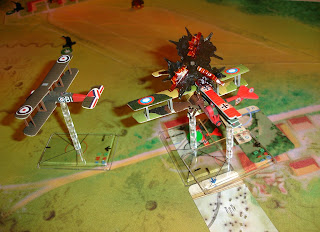 The Fokker collided in a blast and went down, but the bombers, sturdy beasts, flew on.

A short game is a good game.

The return of the unofficial Leaderboard 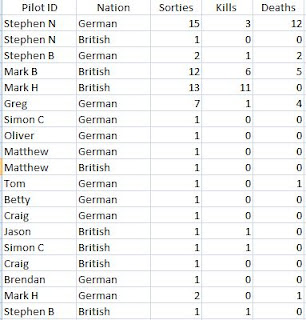