Hannibal in Italy versus Fatimid Egyptians 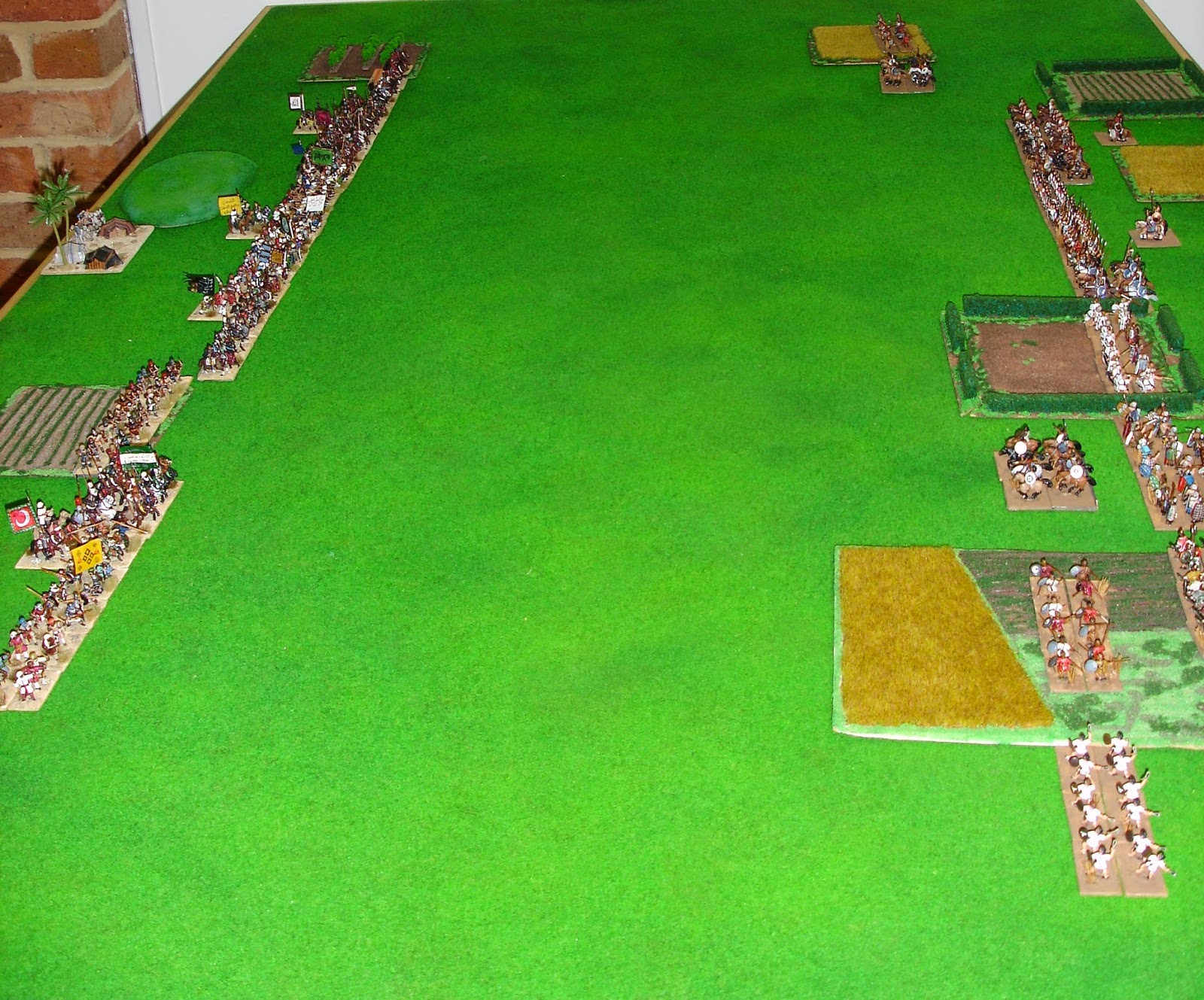 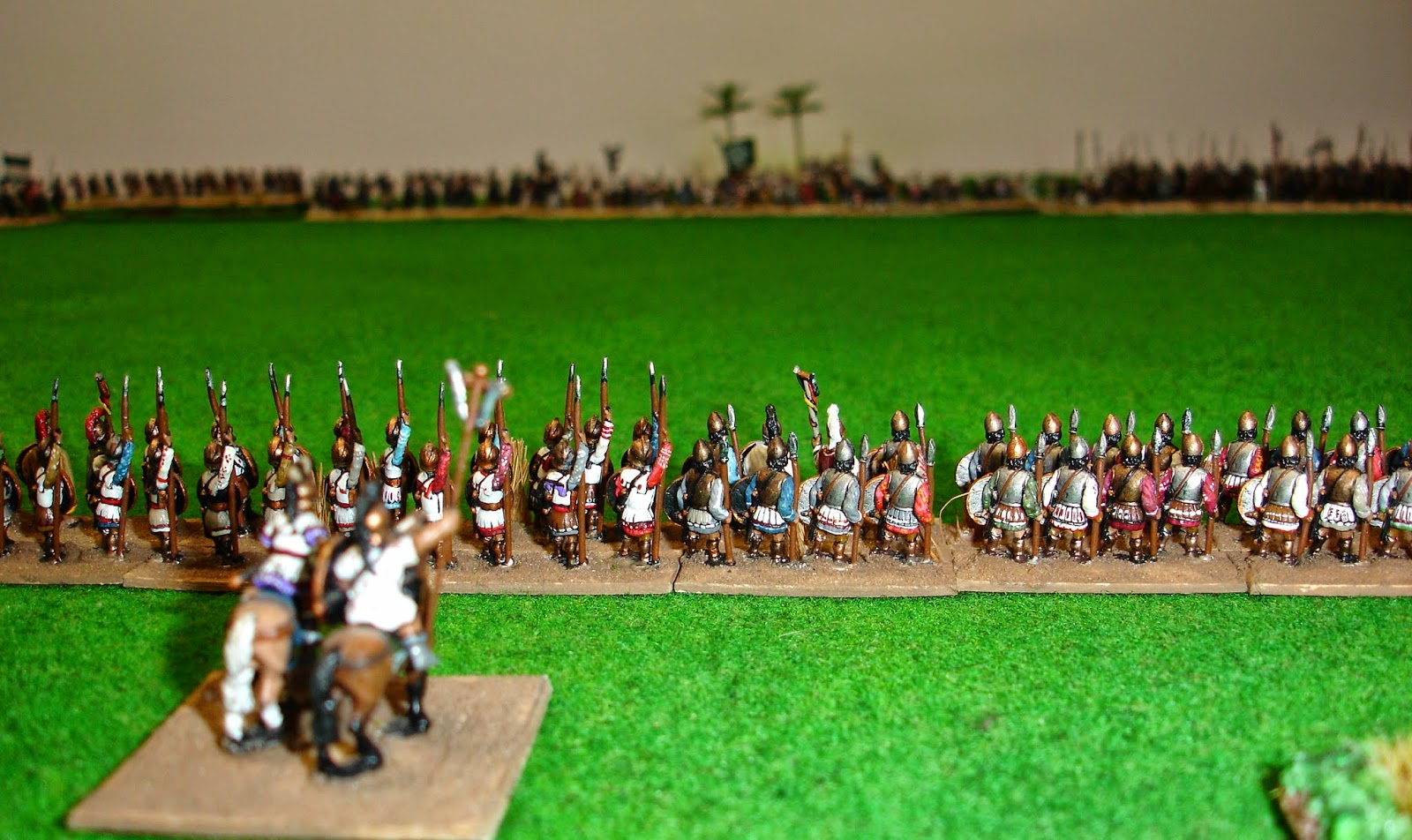 Hannibal with his veteran spearmen. 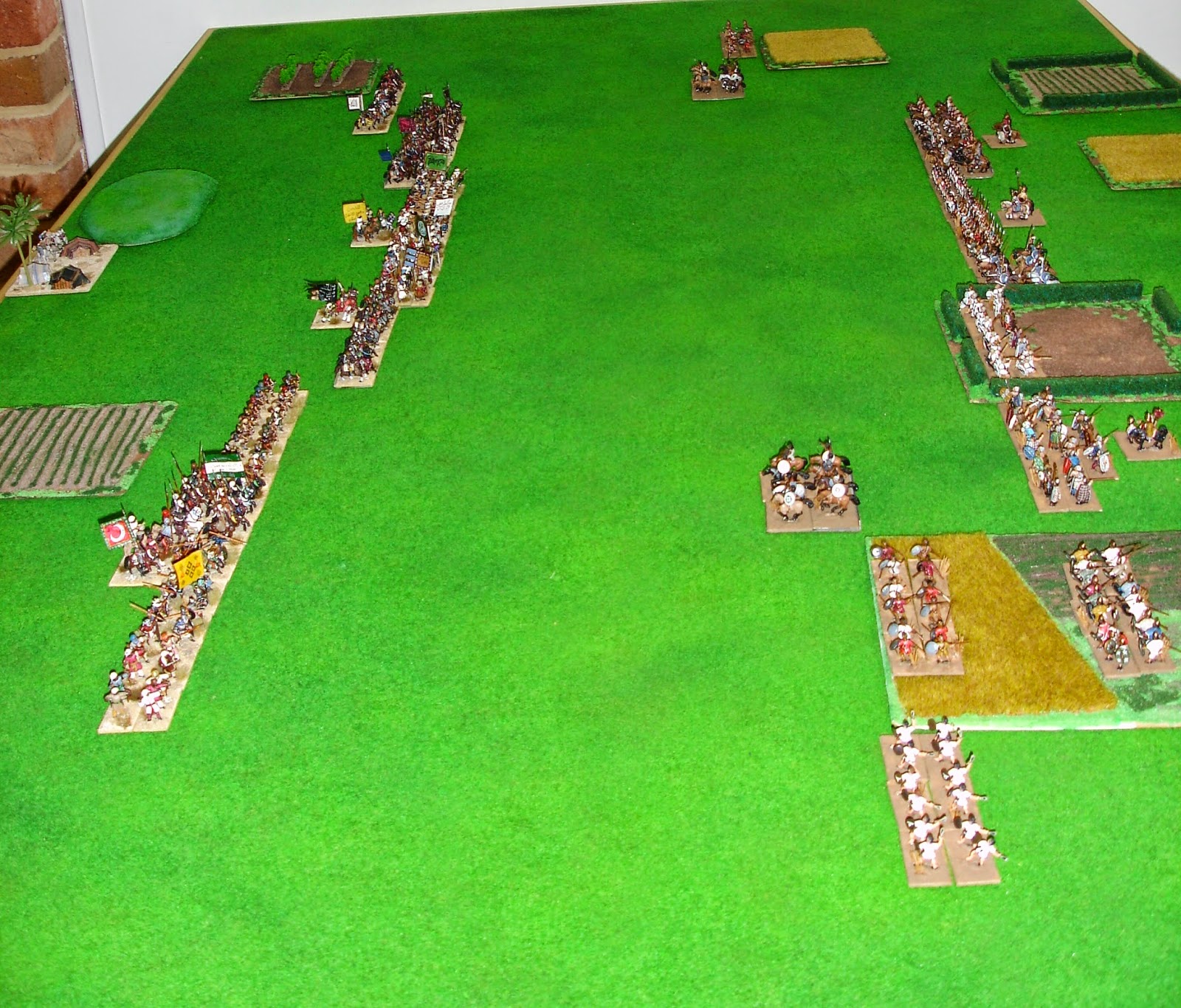 I realised I was going to have a challenge with my medium foot and lack of cover, not to mention my light spear armed cavalry versus the Fatimid lancers, but I chose to advance.  Maybe my light troops could break up the enemy formation a bit.

I had a lot of light troops and both wings advanced fast with little opposition. 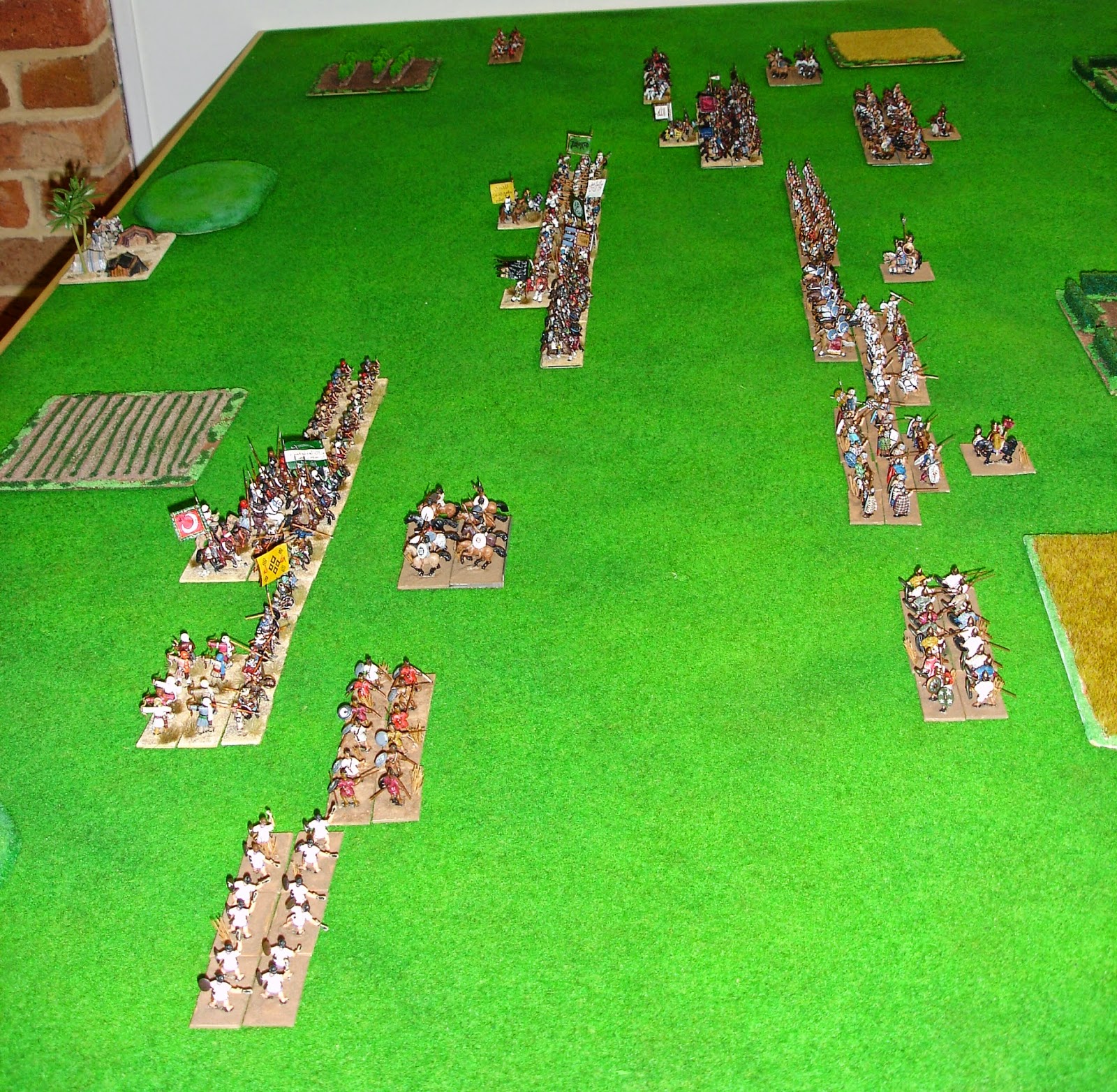 My left wing has pinned the enemy and I've decided to advance my medium foot as well as my centre, which is comprised of two units of offensive spearmen and one unit of supporting cavalry.  My main cavalry force was facing off three units of enemy lancers on my right.  The light infantry on my extreme flanks had started to sweep round the enemy flanks.  It felt good, but I knew it was a somewhat forlorn hope. 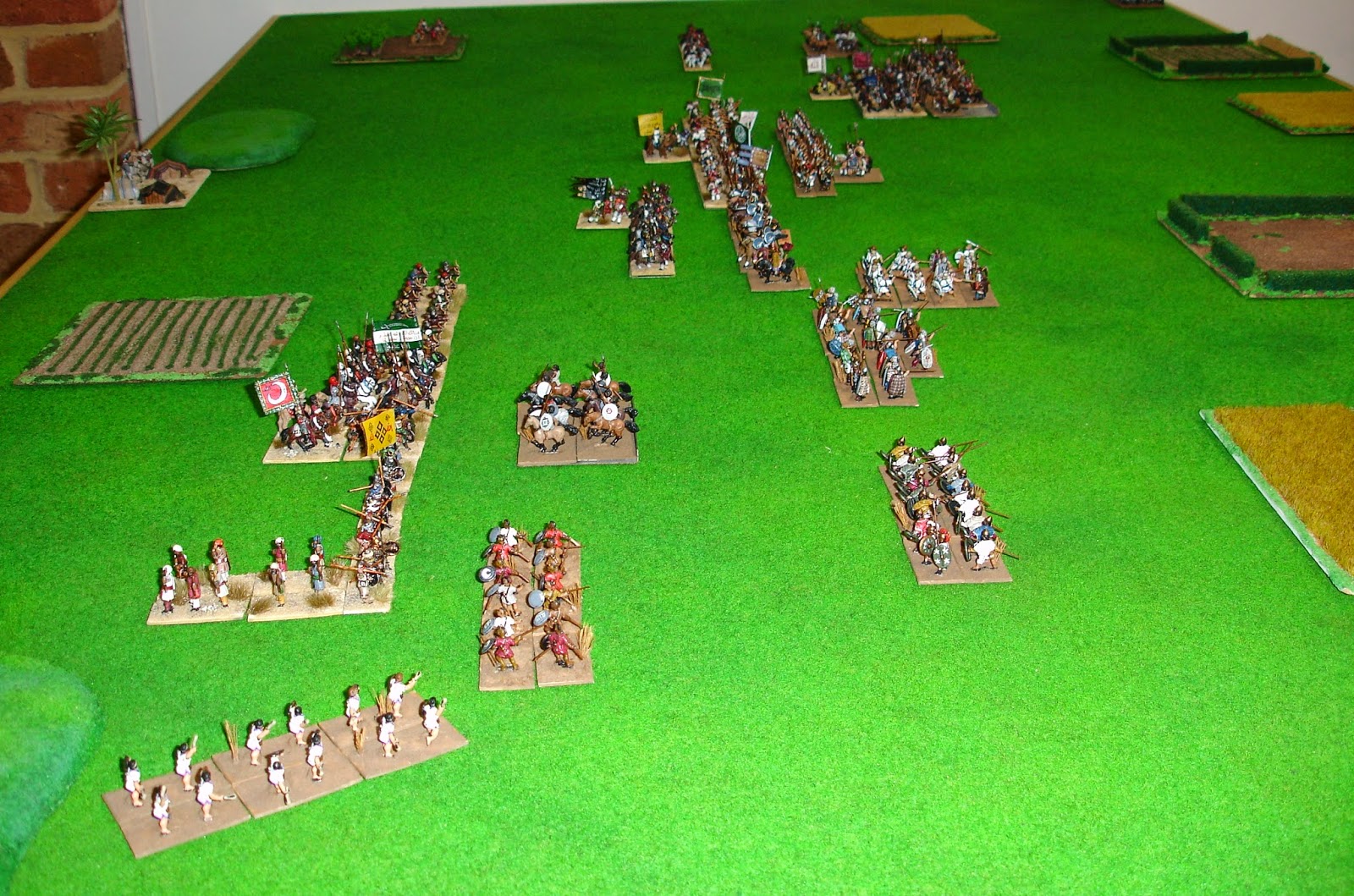 The cavalry has come to grips.  I held my own but annoyingly both units lost a base when I threw a 1 for each casualty test. 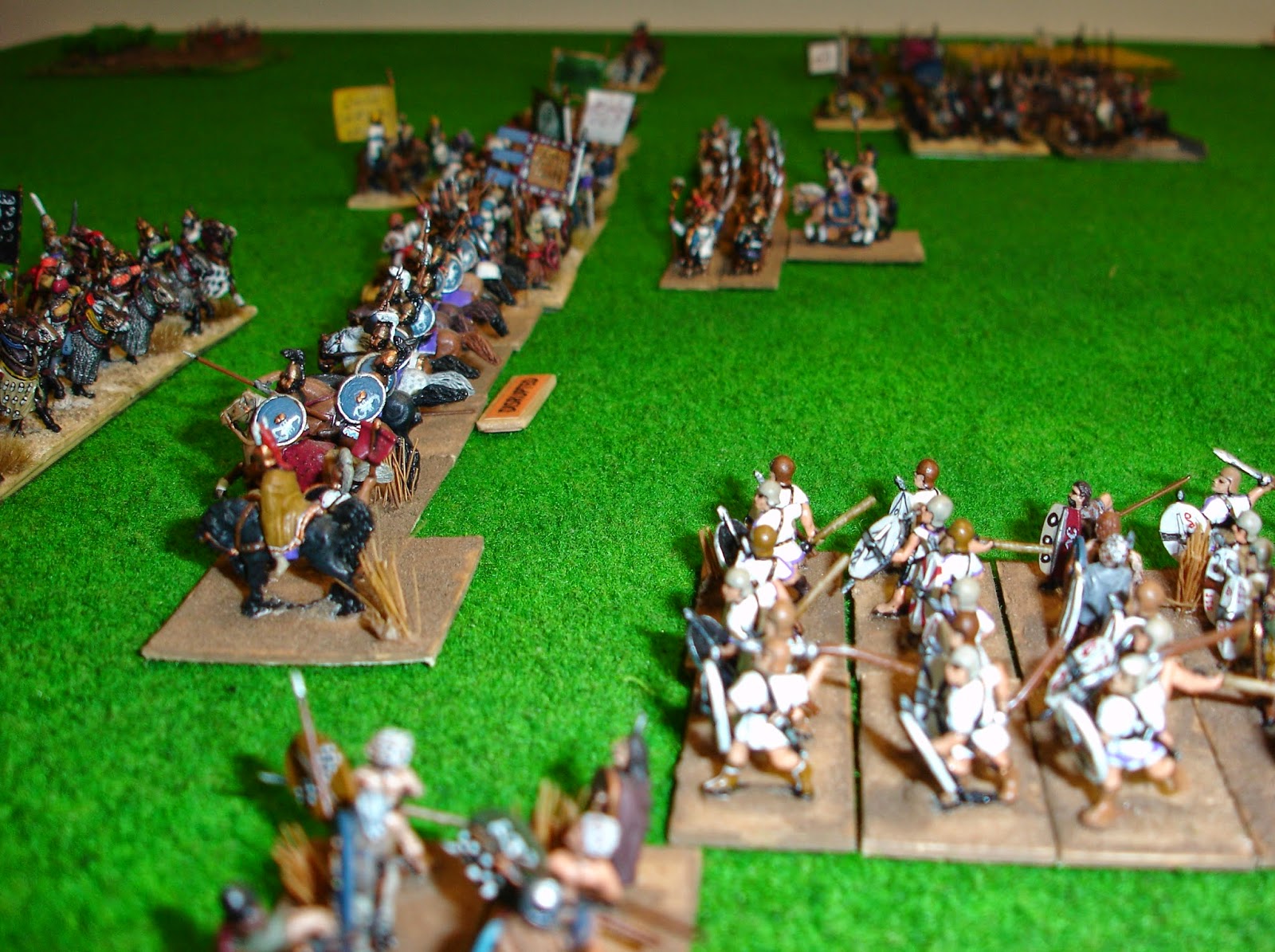 The action in the centre.  Supporting cavalry get shot up while the spearmen have almost closed.  Spanish medium foot are coming up, but the Gallic companions have been pinned by a unit of enemy lancers (it was a +2 advantage to them if I charged, but only a +1 advantage if I stood).

My right wing cavalry has been annihilated and their general killed.  Centre is now fully engaged.  The adjacent medium foot is coming up.  The Punic foot is putting up an excellent fight after the Fatimid elite infantry caught and broke some javelinmen. 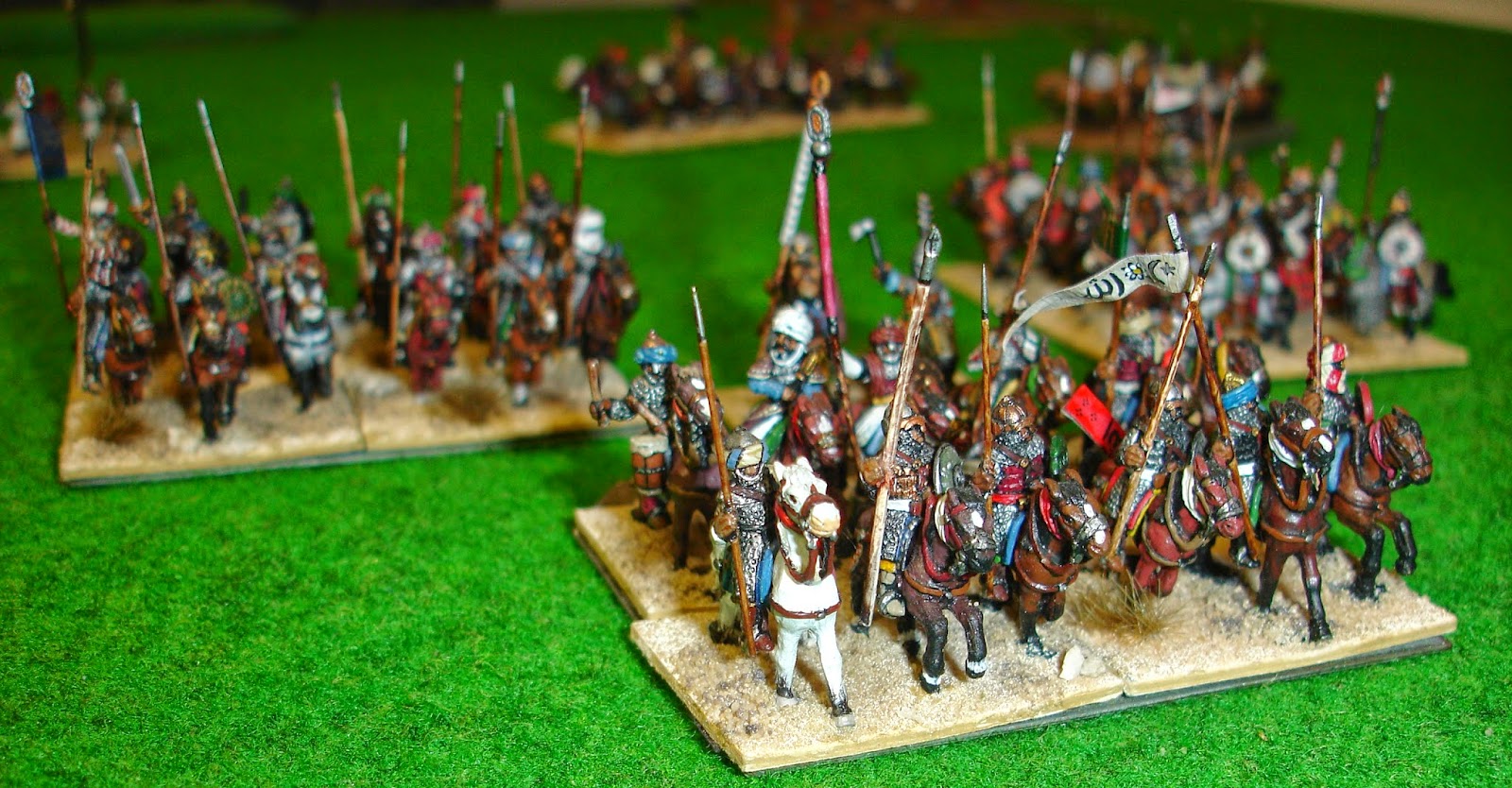 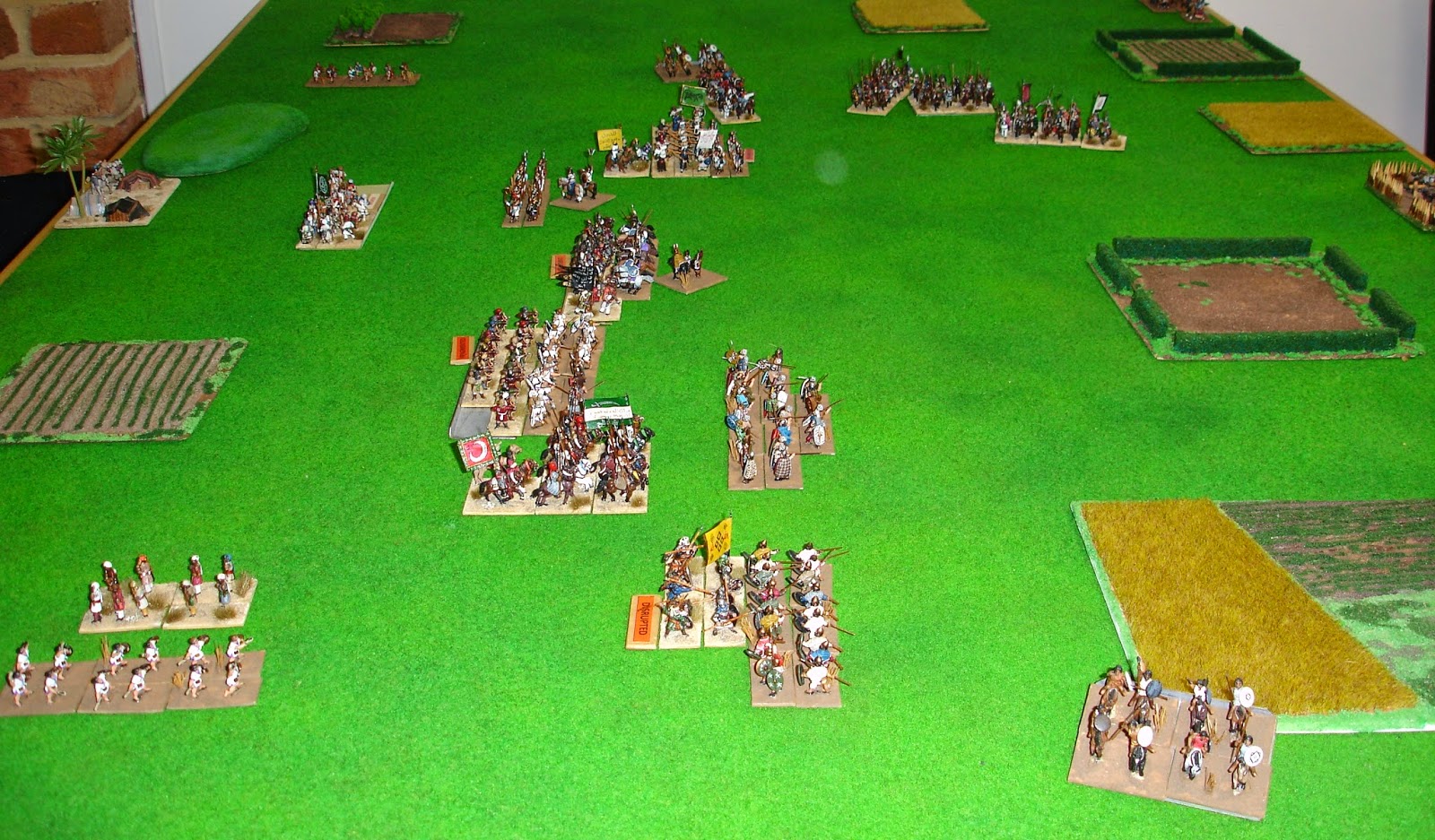 A partial victory in the centre and the rest of the troops seem to be doing okay.  Can I grab victory before the Fatimid cavalry spoil the fun? 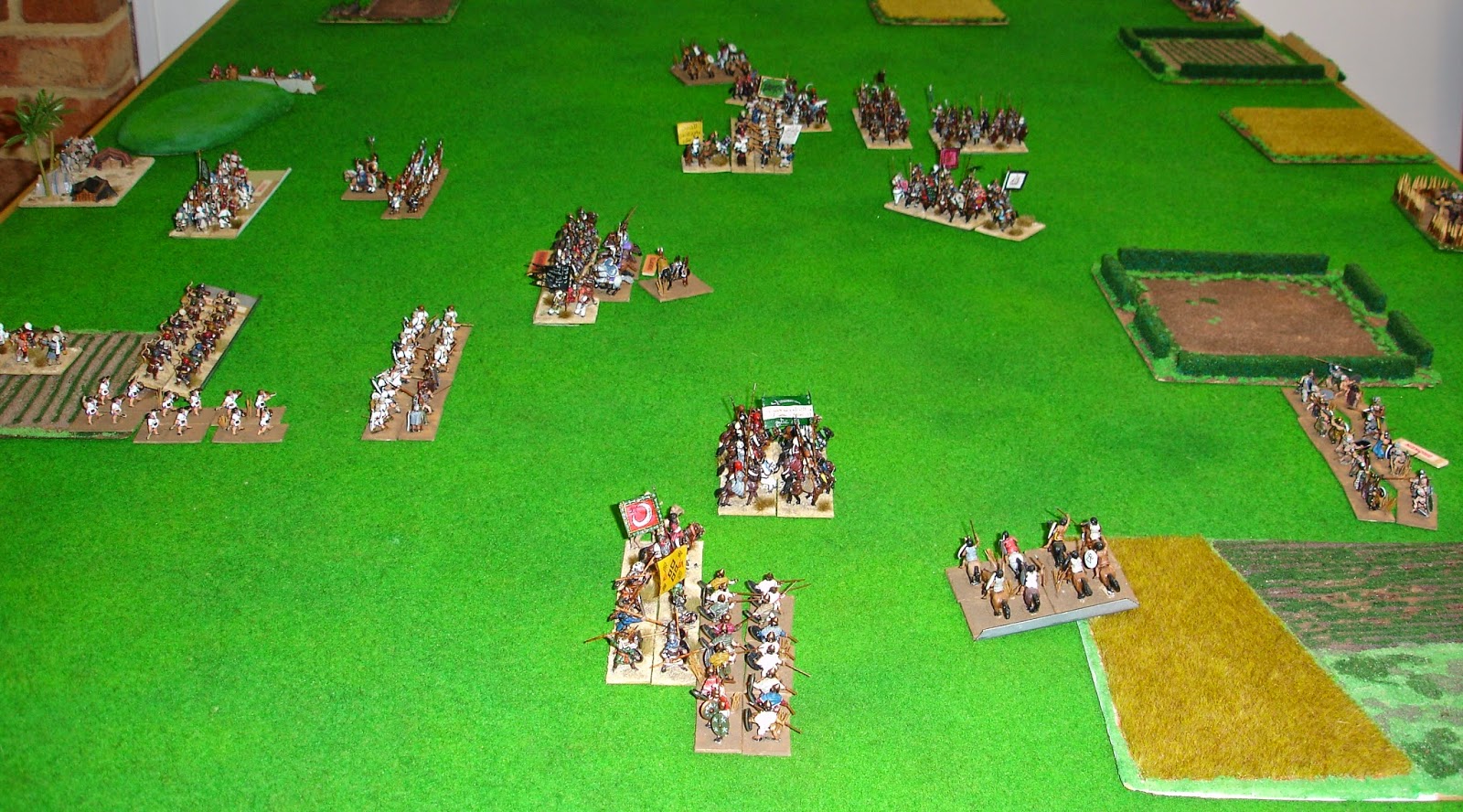 The Gauls, a massive ten base unit collapses in one go.  The Fatimid elite infantry steady against the Punic foot and the other unit of Carthaginian spearmen is destroyed.  Things are not looking so good now. 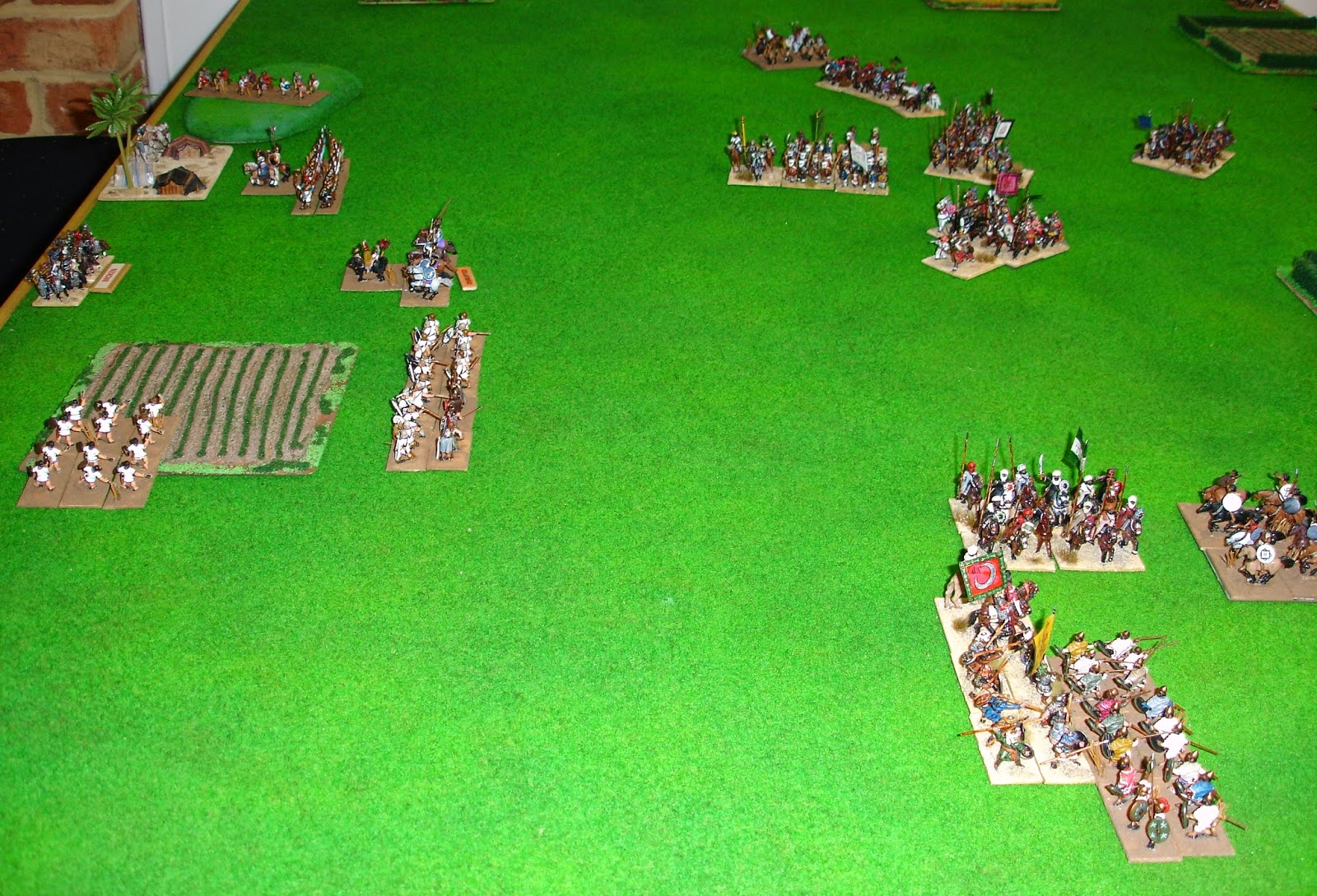 Still the Punic foot fight on, but it is looking bad.  The Fatimid camp is about to fall.  My centre has effectively pushed through to the enemy's side. 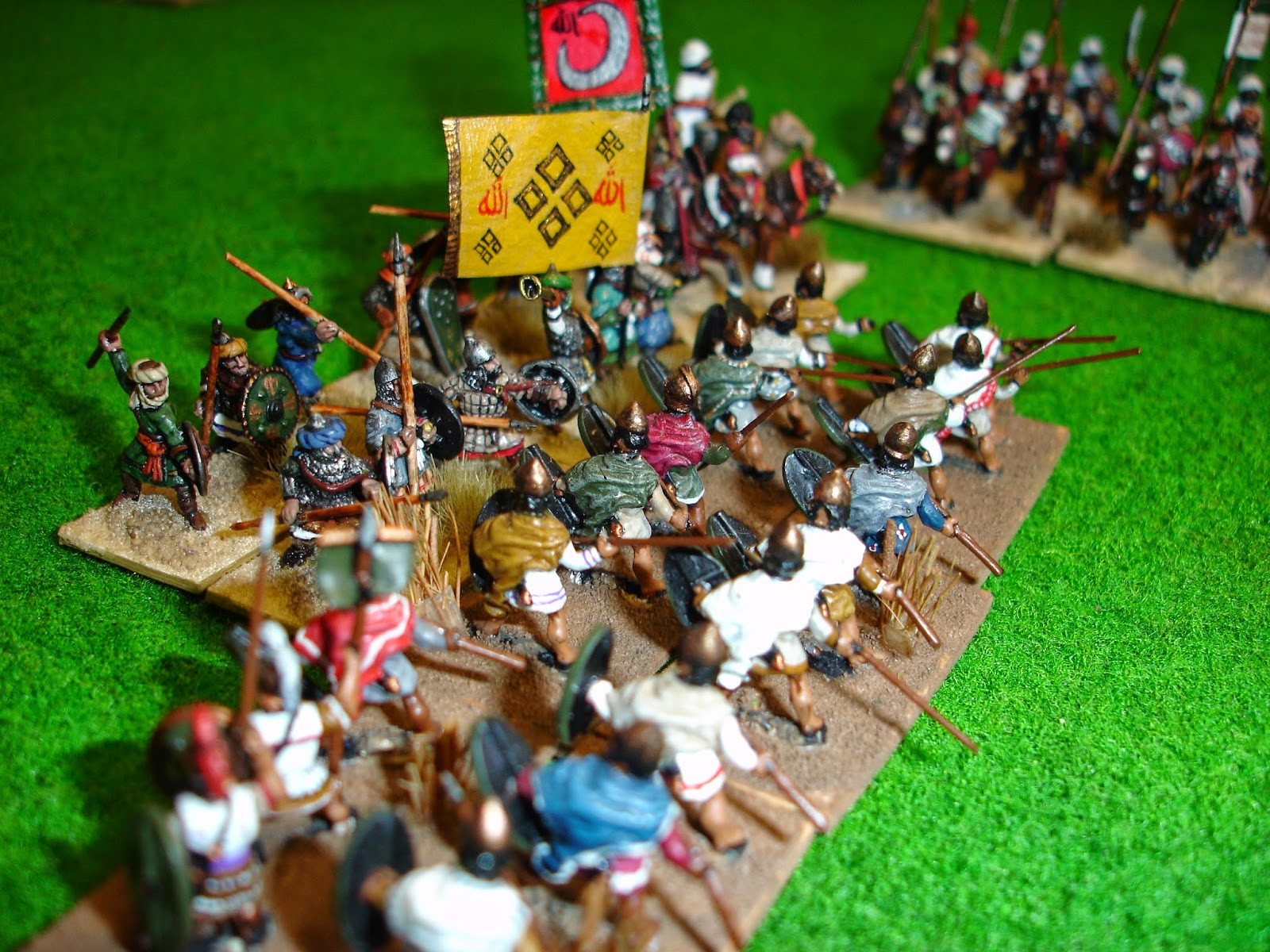 The Punic foot fight bravely on.

End of game.  The Fatimid camp has been sacked, but the Carthaginian force has been defeated. 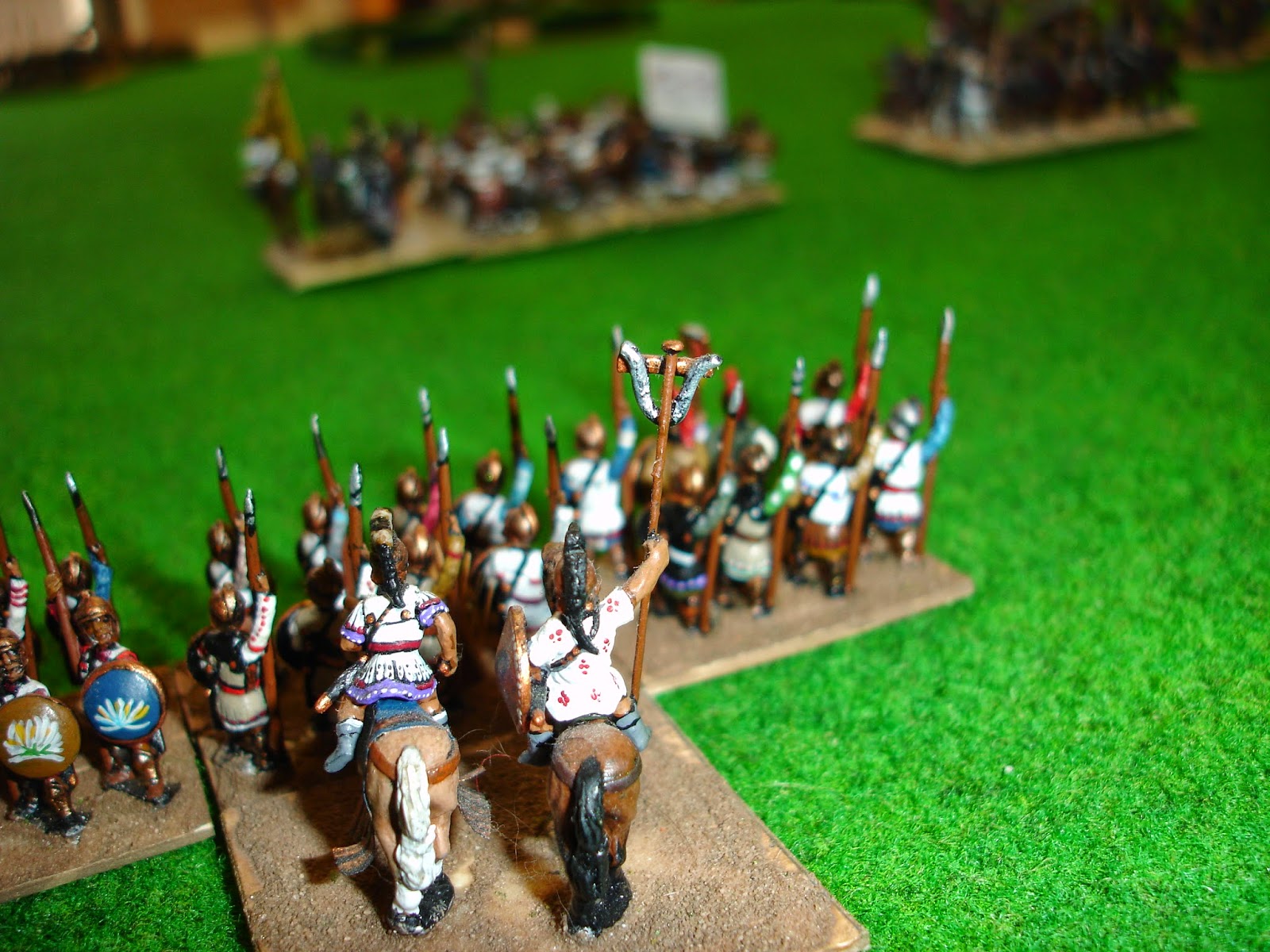 Hannibal turns round and sees just how far he has come.  Maybe it's time to go home.