Today Richard and I played Jedko Games' African Campaign.  Despite being a boardgamer back in the 1970s I had never played this game (SPI seemed the dominant/available provider of games, except for Avalon Hill).  It played well after all these years, a true classic.

By April 1942 the Axis were in a difficult position which was only getting worse. 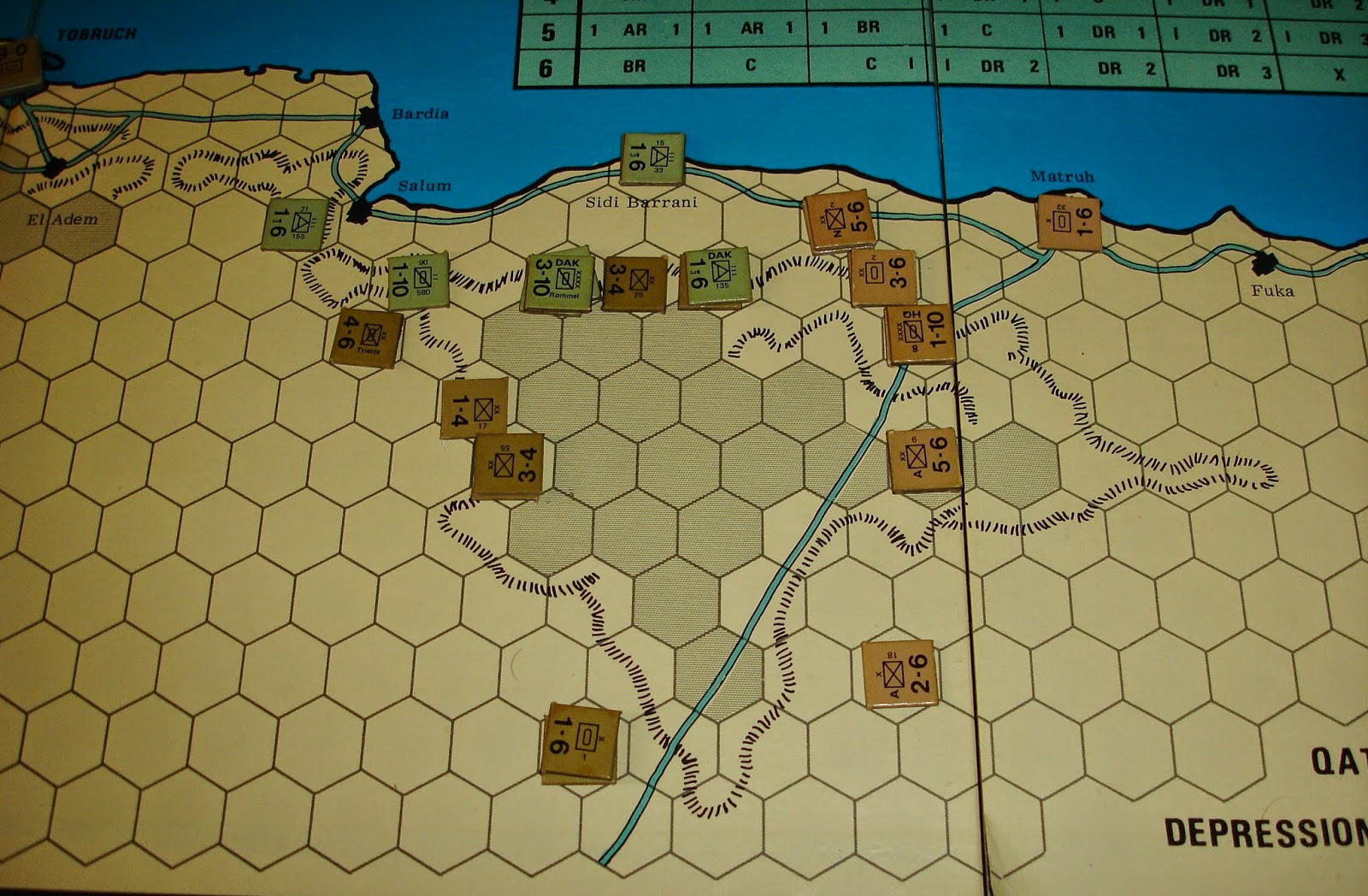 The 8th Army held a line south from Sidi Barrani for a good while towards the end of 1941, until the Axis finally broke through. 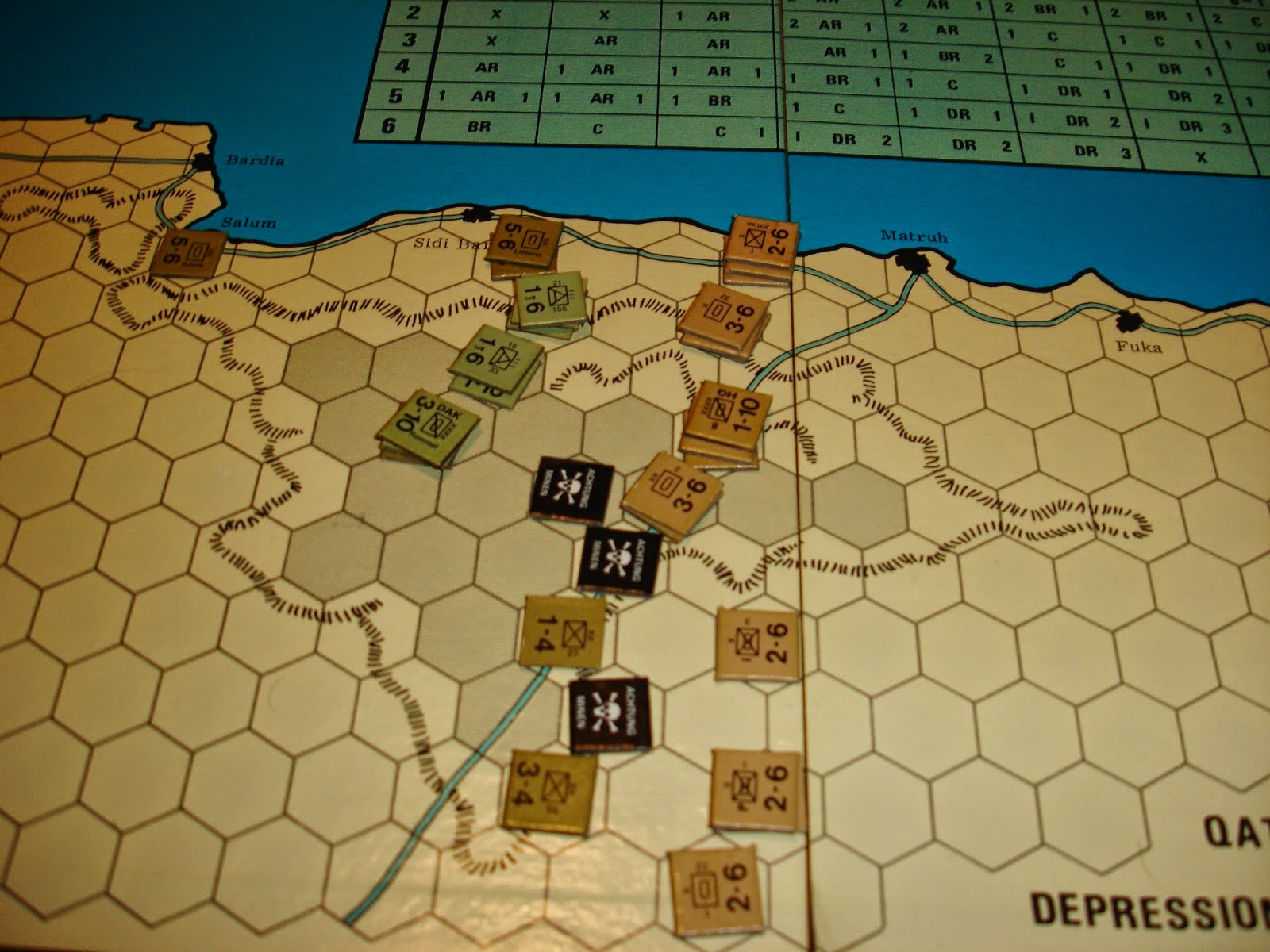 This was the final position and proved too much for the Axis who are about to start retreating having placed minefields, but not enough strength to hold the position.

An elegant and simple system that worked well portraying the cut and thrust of the campaign.