Regimental Fire and Fury in 28mm

A double first for me - first game of Regimental Fire and Fury and first game using 28mm figures.  I had bought the rules back in January this year at Cancon from Dean of Olympian Games.  Having the rules for only ten months before actually using them is also a bit of a first (although I'm getting better). 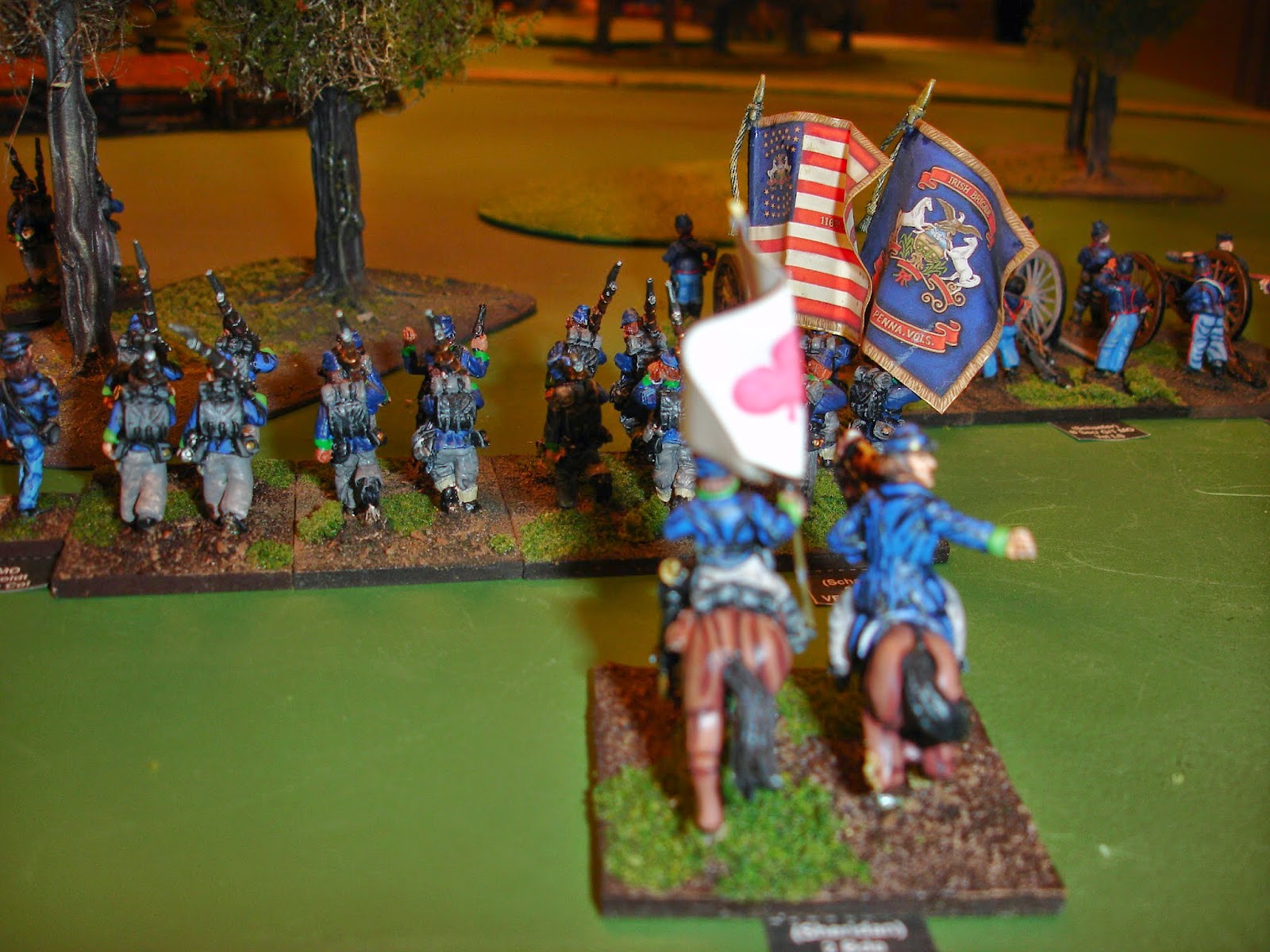 There were six of using trying out the rules and each had a brigade.  Phil C who supplied the figures umpired.

I kept on getting confused with Fire and Fury, but this had started to dissipate as the game went only, unfortunately so did my troops.

More photos and commentary can be found here:  http://napoleonicwargamingsociety.blogspot.com.au/2014/10/regimental-fire-and-fury.html
Posted by Sun of York at 6:23 PM