Yesterday Richard and I had just enough time to squeeze in a 600 point game of Field of Glory when my Burgundian Ordonnace took on his Crusaders.  600 points doesn't give you much when you are each running knights.  We only had two and a half hours, but the battle was all finished in about one and a half. 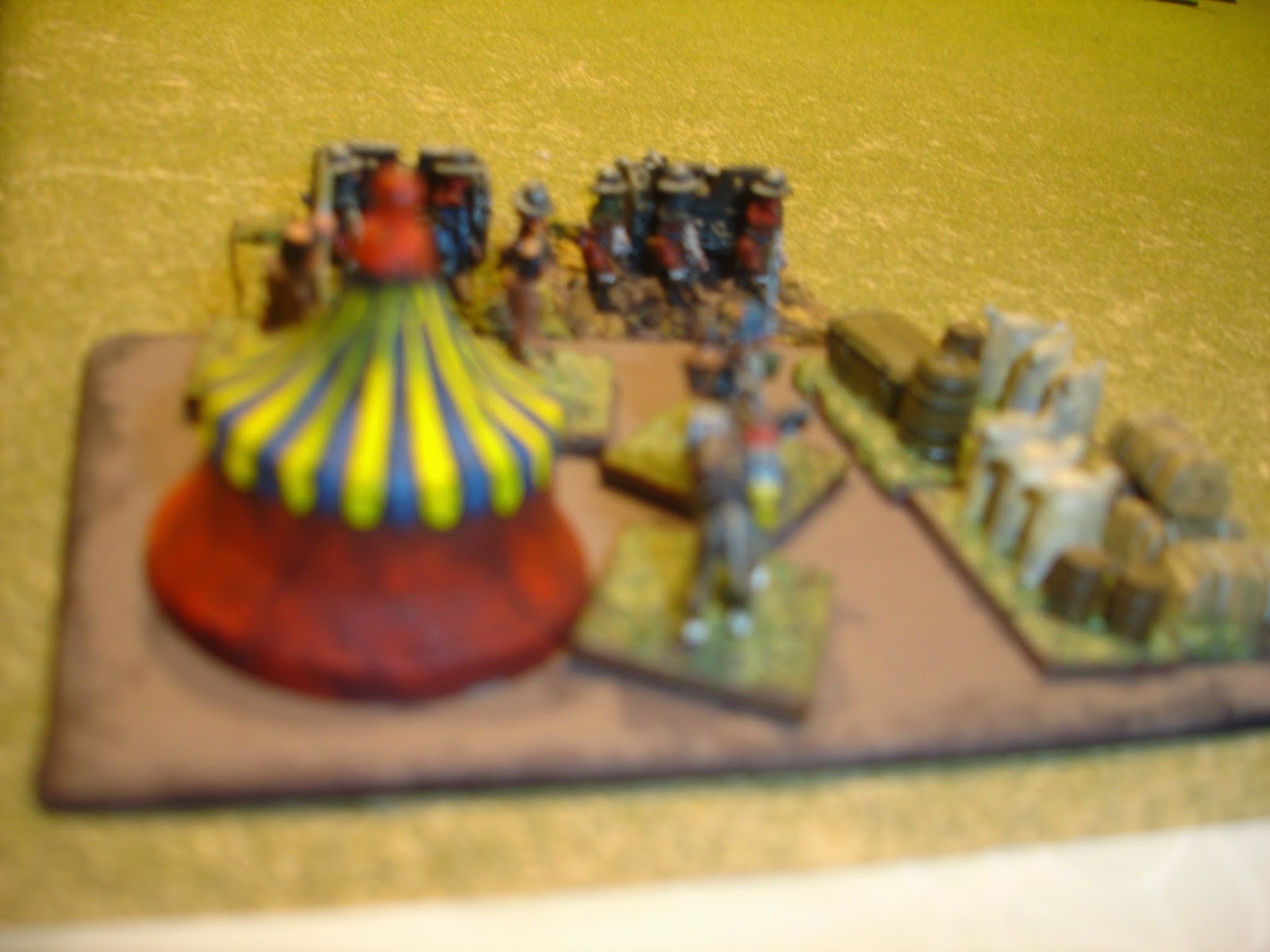 My very poorly finished camp.  In order to make up 600 points I had to run some light artillery.  I preferred to leave it with my camp. 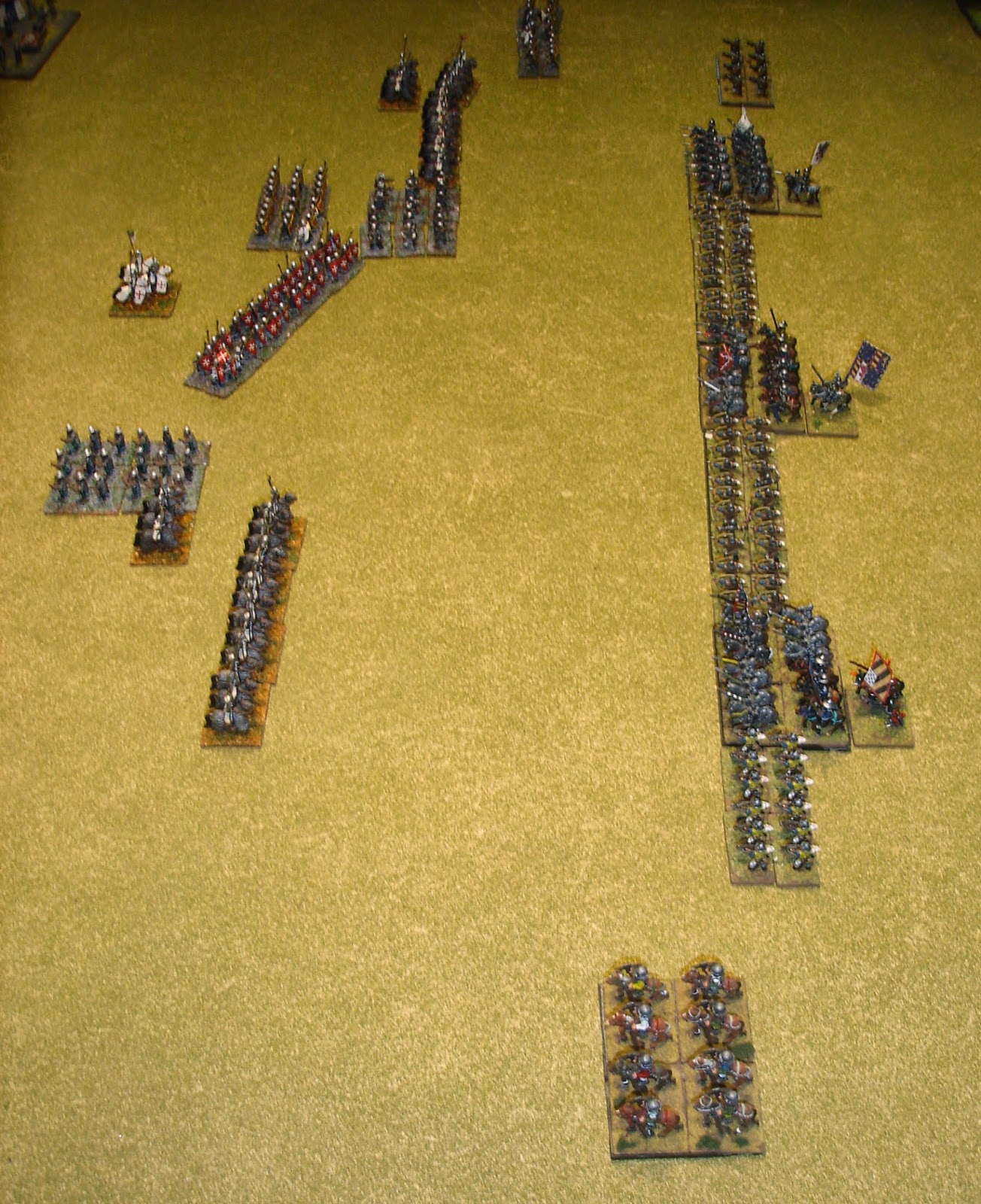 Action is just about to start.  Skirmishers protect my wings, but the bulk of my army are the three units of knights, two of longbow and one of crossbow. 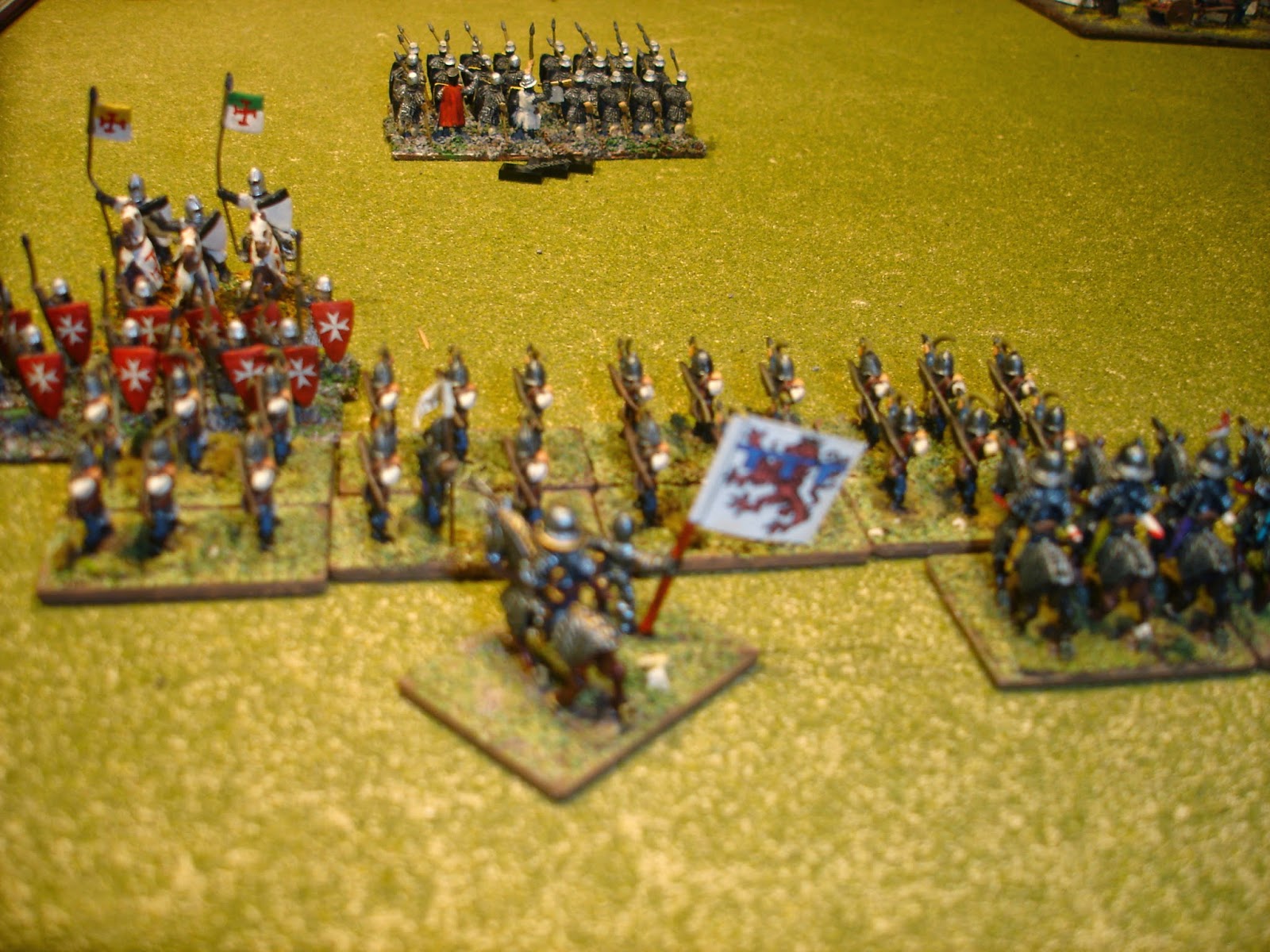 Success on my right.  In the clash of knights my lads got the upper hand when Richard failed his death roles and his blokes evaporated.  While that was happening my longbowmen shot up and then bested some defensive spearmen. 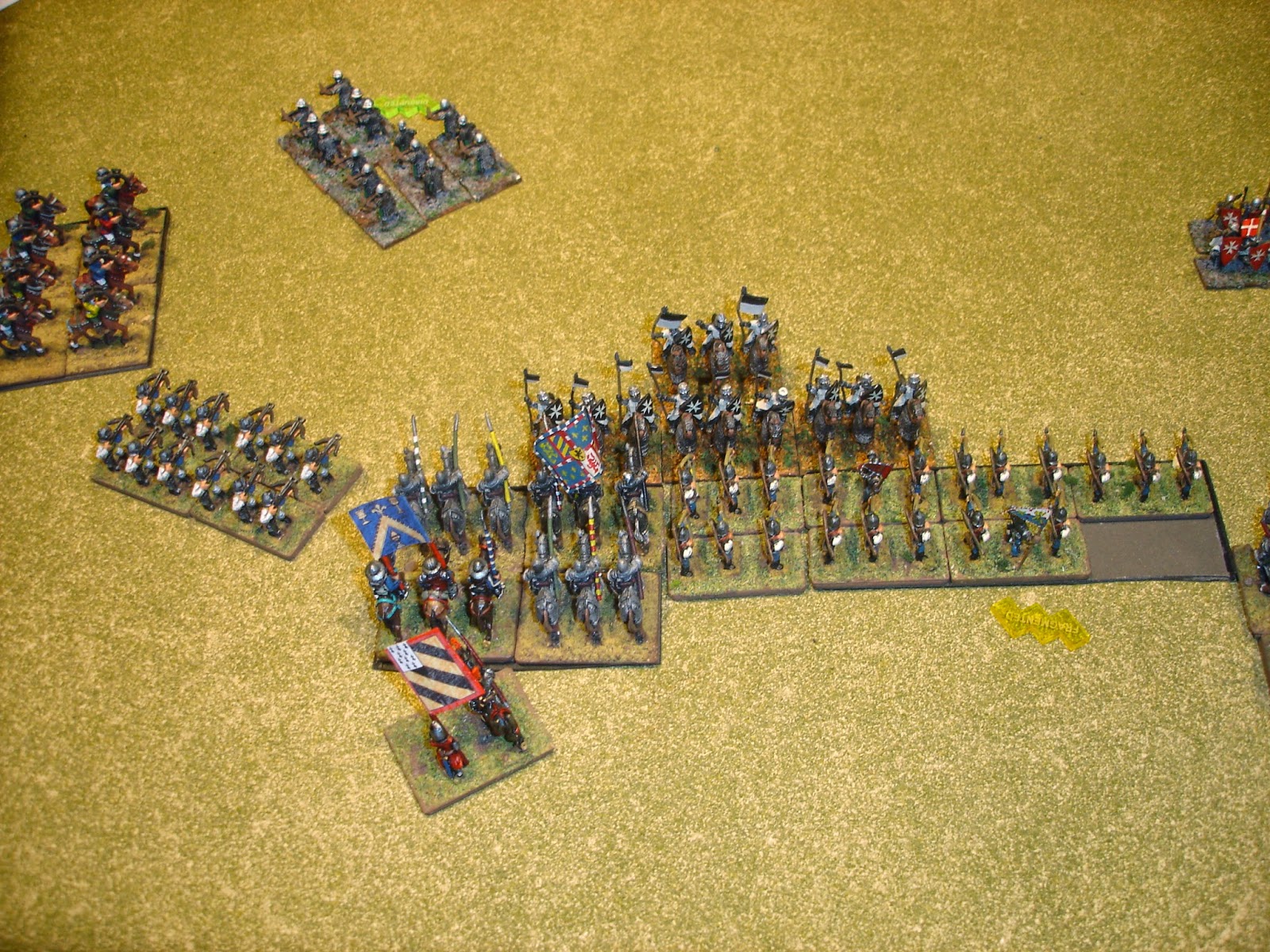 On the left my longbowmen suffered against the crusading knights (I need to buy stakes), but my knights held firm allowing my crossbowmen to ultimately defeat the enemy crossbows.

I must get on and add more to this army so I can field a proper 800 point force.