At the club last night I decided to get all serious and play a scenario out of the book.  Steve B took the French for his first game against the more experience Stephen N.  I was the umpire with a slight French bias. 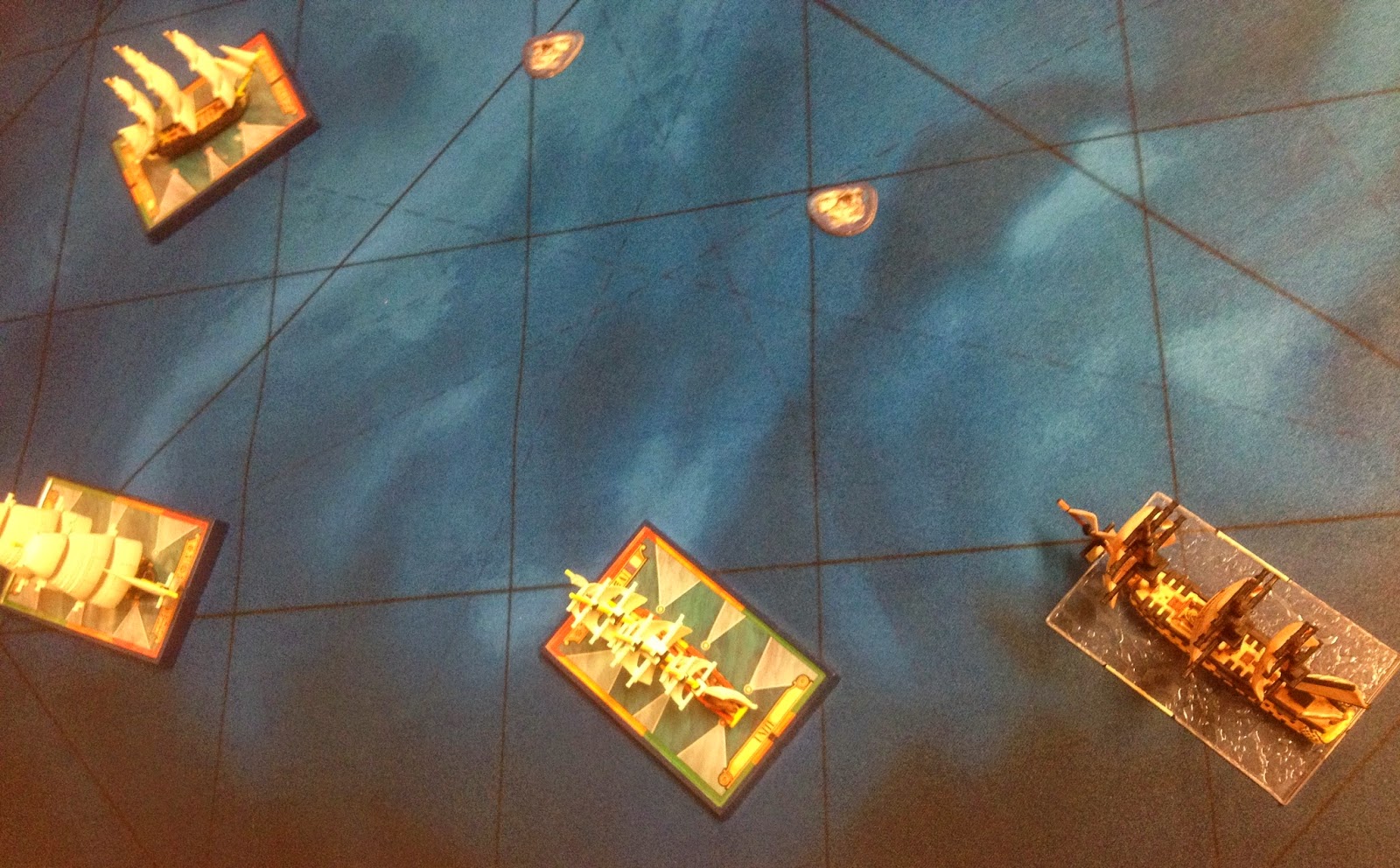 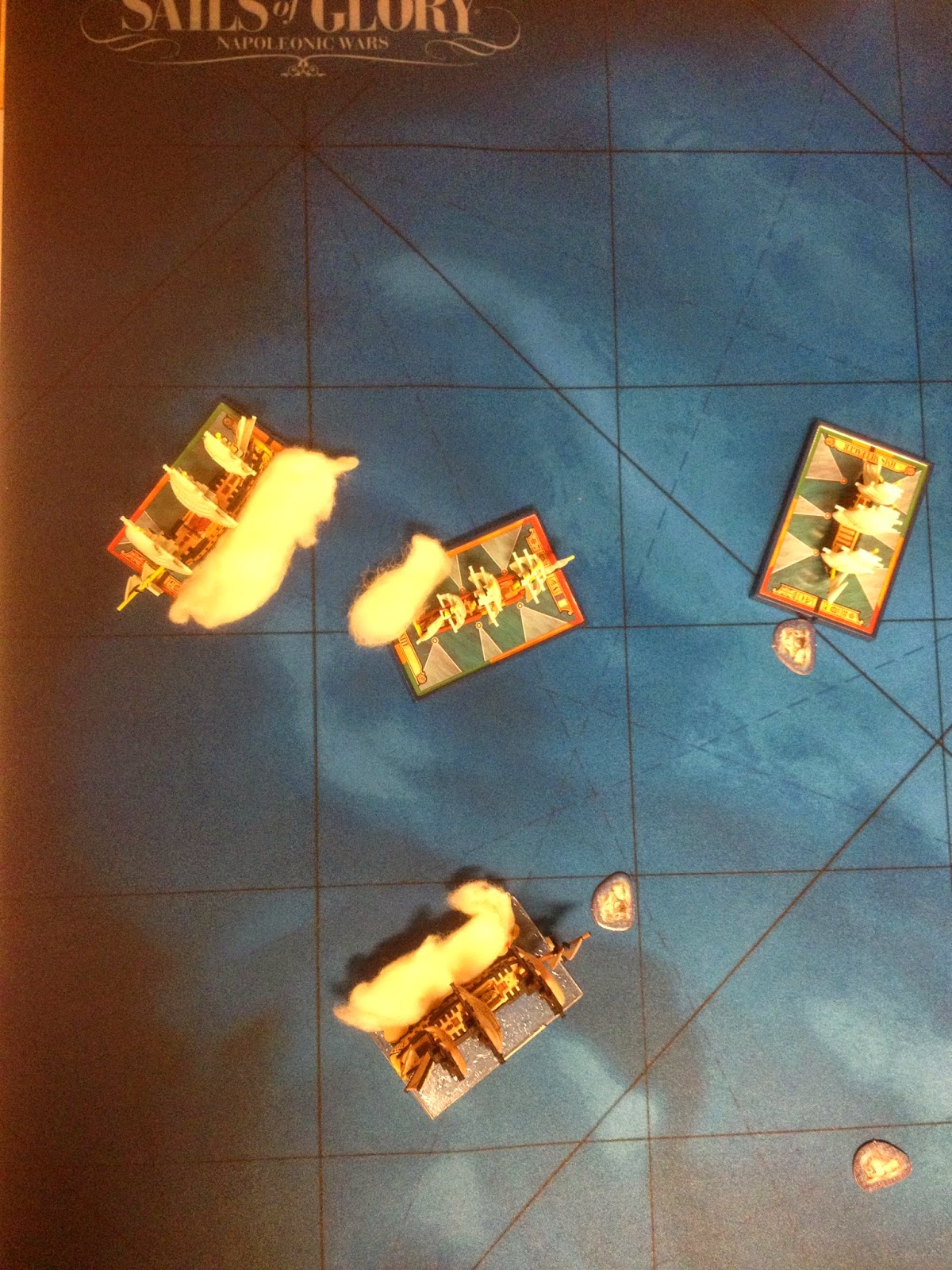 The British frigate runs aground, but not before it got a bow rake on the French frigate just as it started to engage the British 74. The French 74 also gets in to action as it inexplicably also sails for a reef. 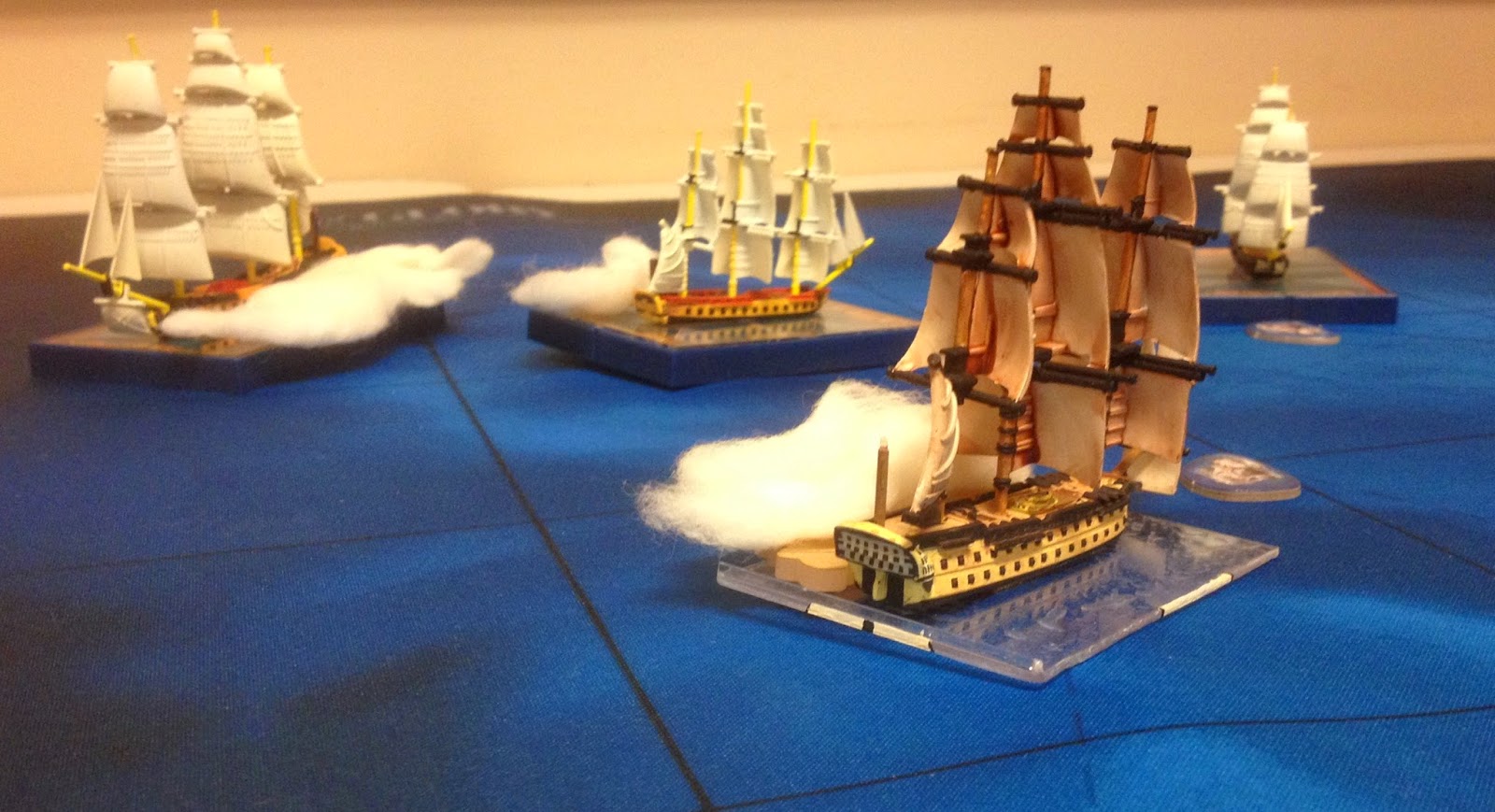 A more horizontal view of the action.  The British 74 was double shotted and did terrible damage to the French Frigate which caught fire. 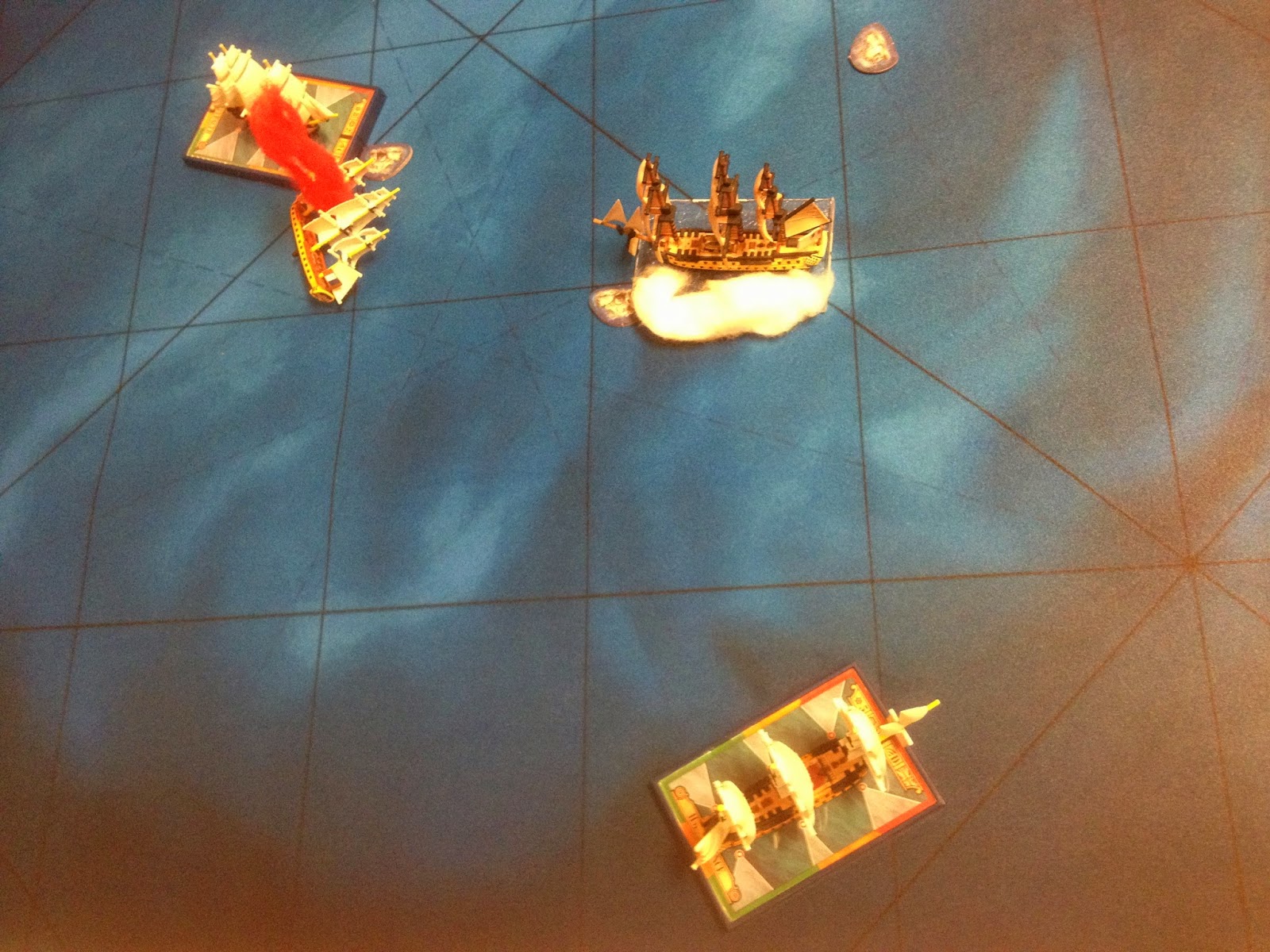 The burning French frigate collides with the British frigate becoming entangled.  With the wind behind it you would think there would be a risk of the fire spreading, but the rules are strangely silent on collisions.
The French 74 has also run aground, but is still able to get a shot on the British 74 as it lumbers into range.  The British have loaded double shot again and are holding their fire. 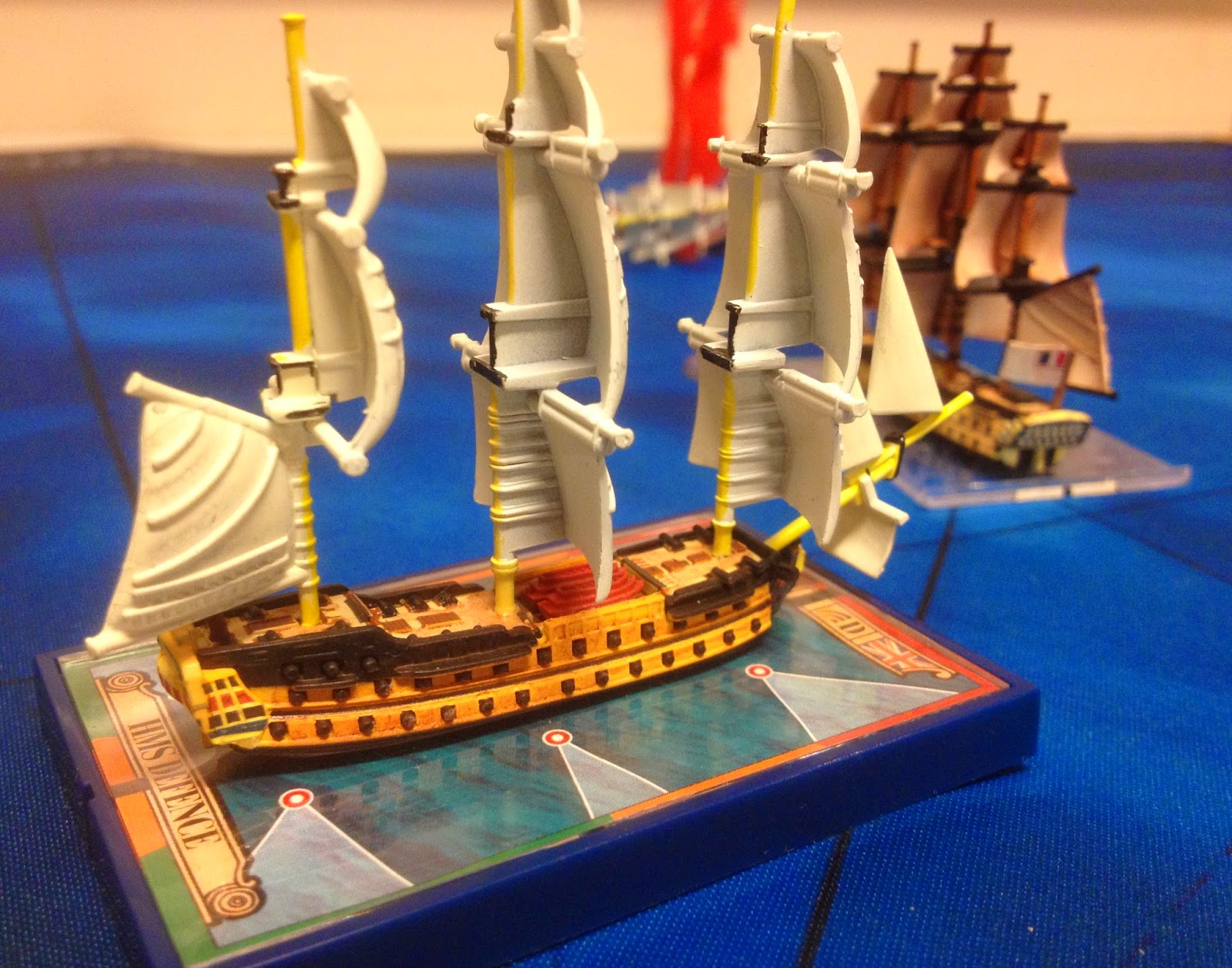 Getting close, but not yet in arc... 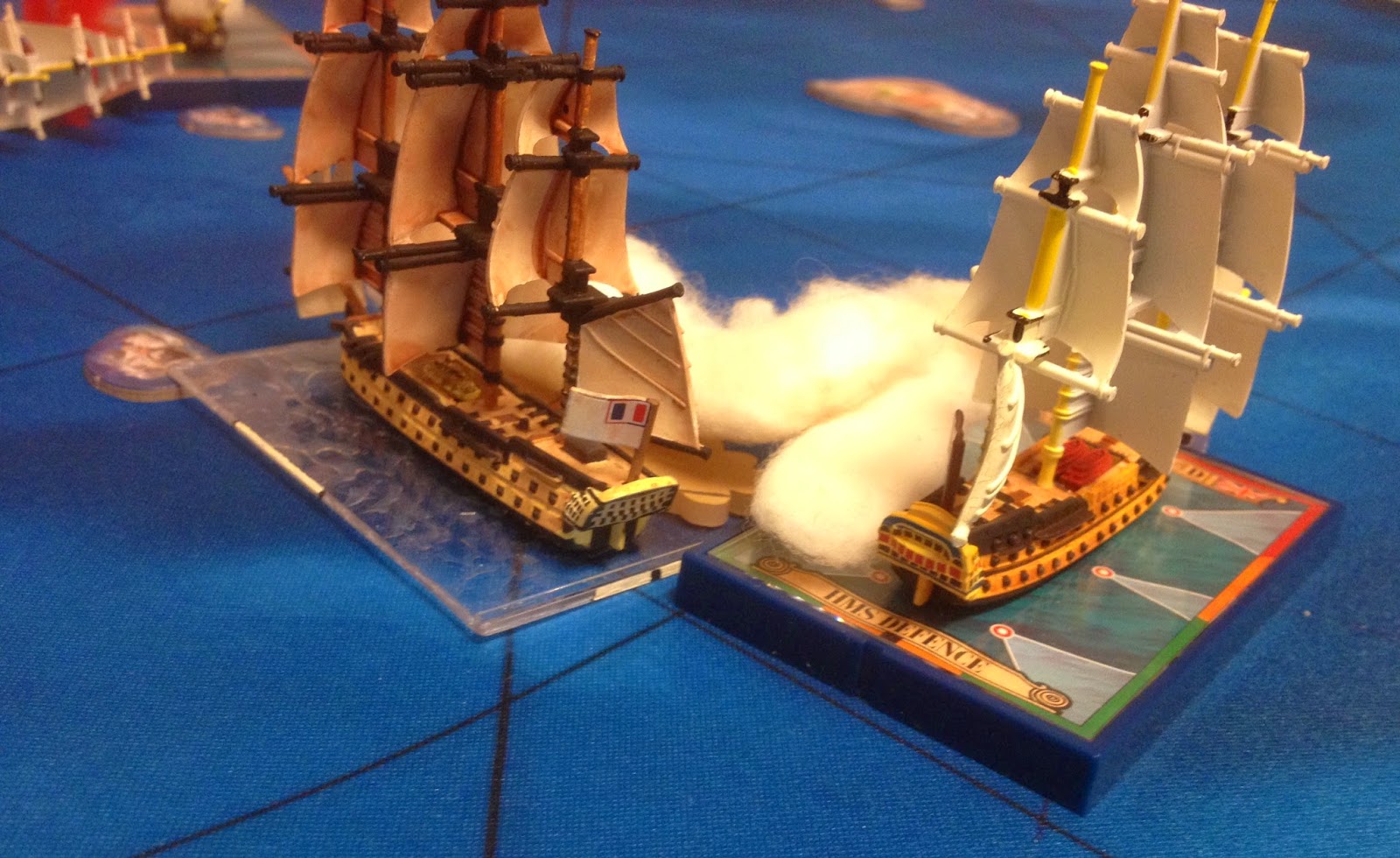 The British collide with the French but do not become ensnared.  What to do?  We let it proceed on it's next movement scrapping across the French stern and ploughing into a reef!

And so the stuck ships belted the living daylights out of each other until the French reloaded with grape and swept the British 74 clean of crew.

Interesting game, but I don't feel like playing with reefs and islands in the future.  Perhaps need a refloating rule?  Also must do some research about collisions.