At the club last night I finally got to use some of my ACW figures for a proper game, not using Fire and Fury, but local set which we will just call 1861, developed by Simon C who also umpired (and tried hard to remember his rules).

So my guys hadn't been used in what was probably 10 years (except for the HotT game the other week).  Simon had last used his rules 20 years ago.  The game was a tad rusty.

Of course, looking at the pictures it is not an ACW game, there are no snake fences or other beautiful terrain.  Why?  Because rules written 20 years ago didn't need the eye candy.

My figures are a mix of ABs and Old Glory with perhaps some other brands as well.  Some I painted, most I didn't (anything on fluffy flock was more than likely not done by me).  I was the CSA and Mark B was the USA. 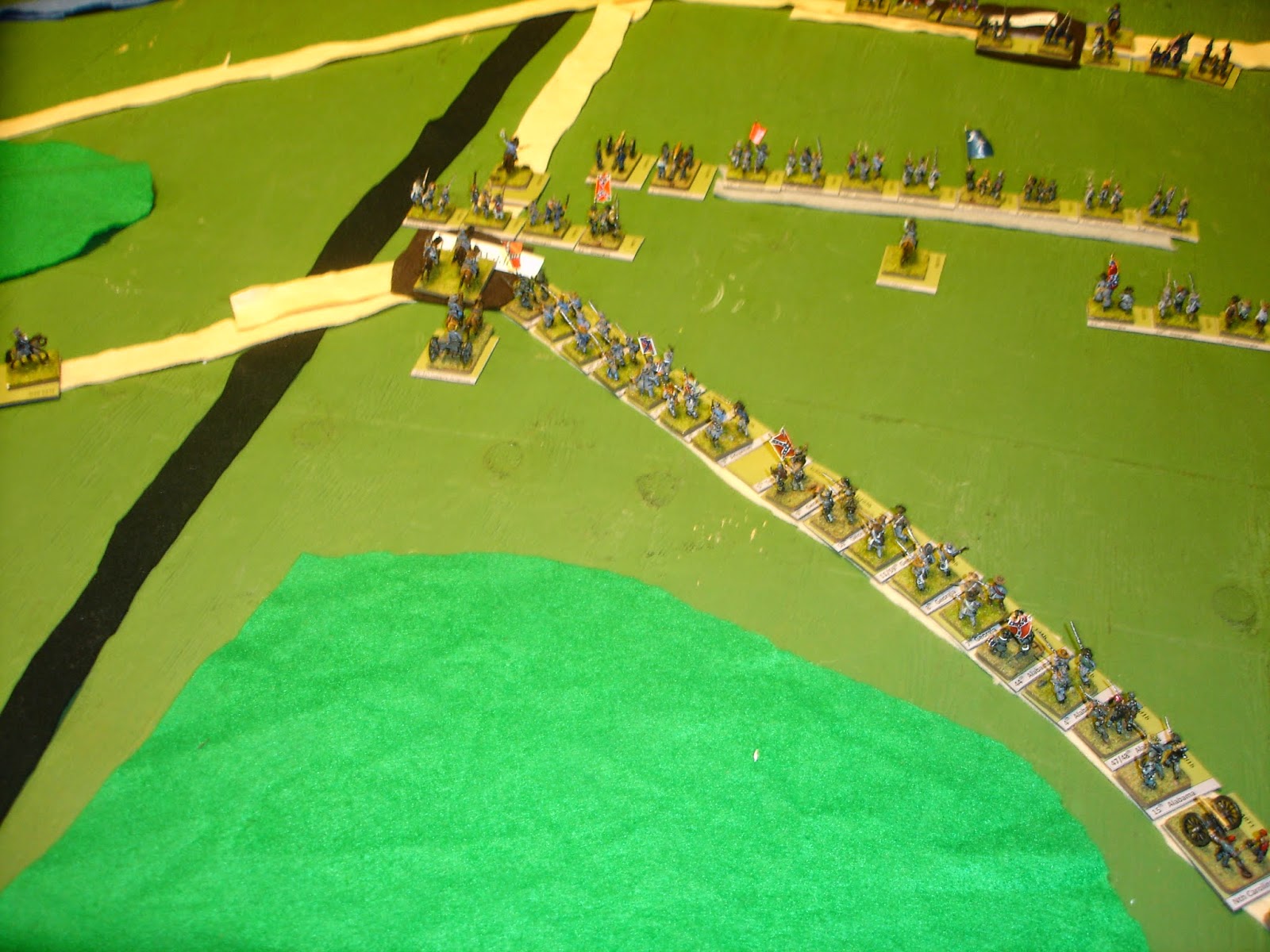 One Confederate division holds the felt entrenchments, while a second division marches up the felt road. 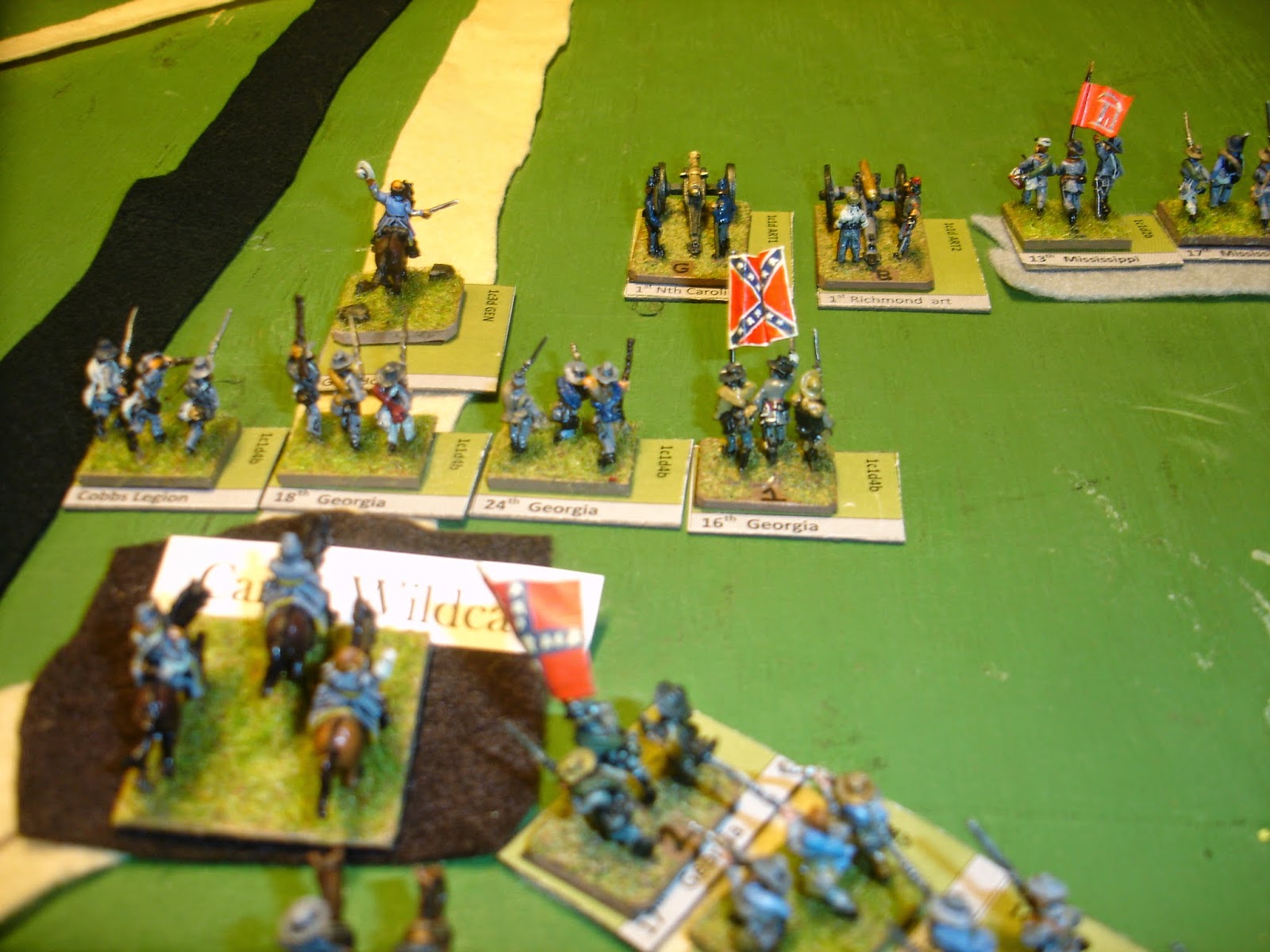 A bit of detail showing the overall Reb commander in the town (you have to use your imagination).  Each stand is a regiment, all nicely labelled. 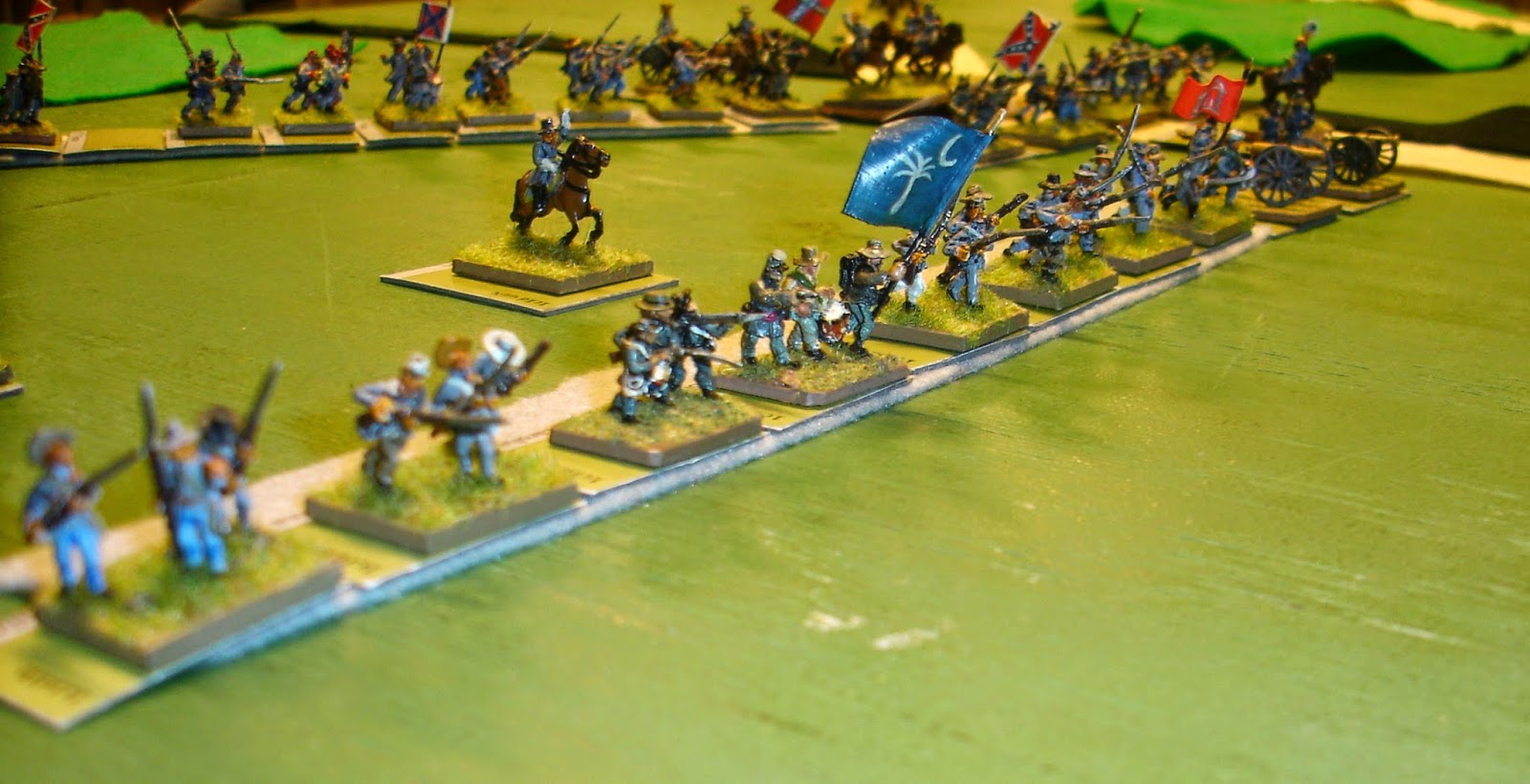 My boys holding their ground. 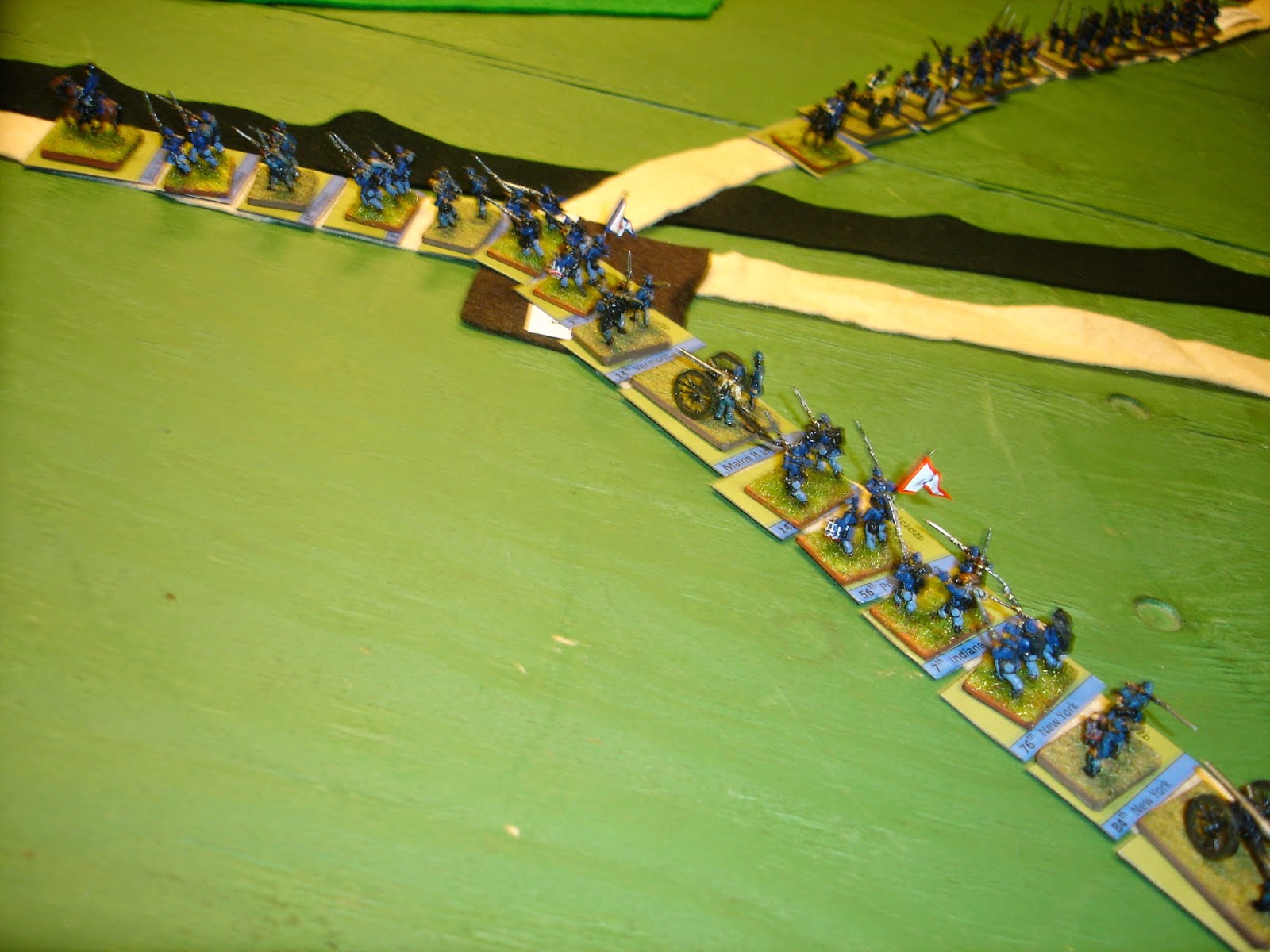 The Union on the march. 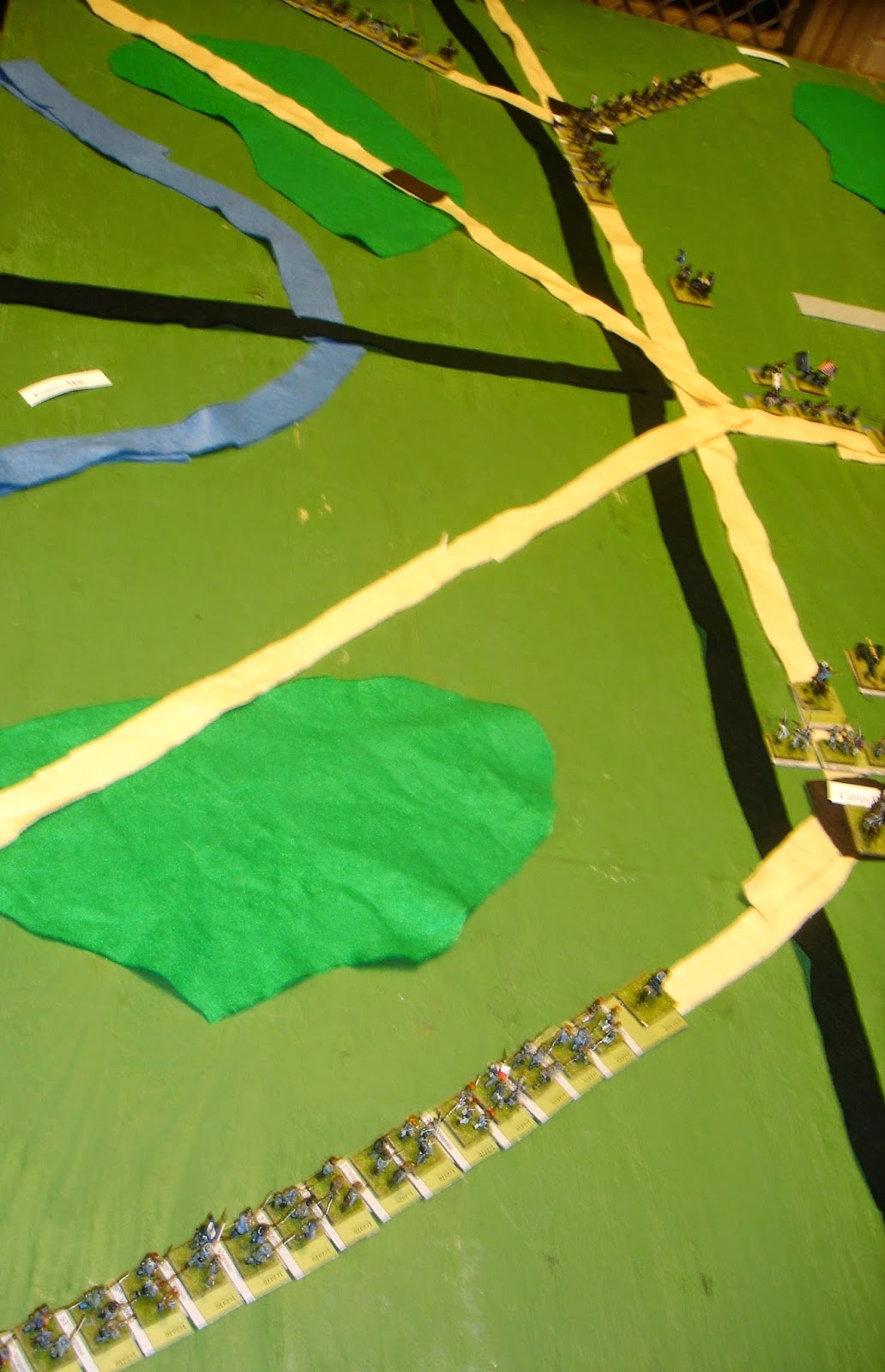 The third Confederate division moving up.  The object is the main road and rail junction. 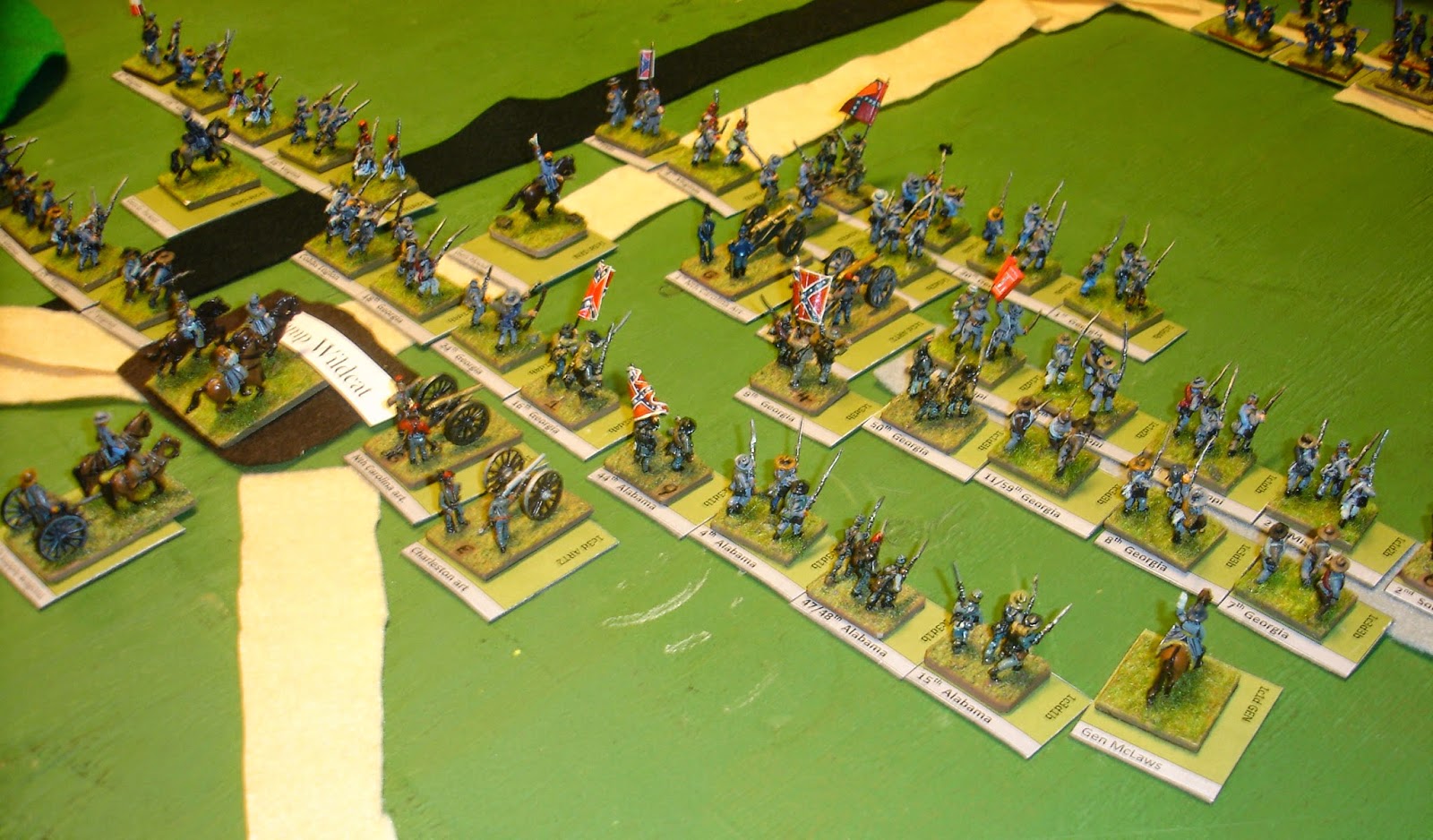 The Rebs go for it.  The slaughter was bad as you would expect being in the open an' all. 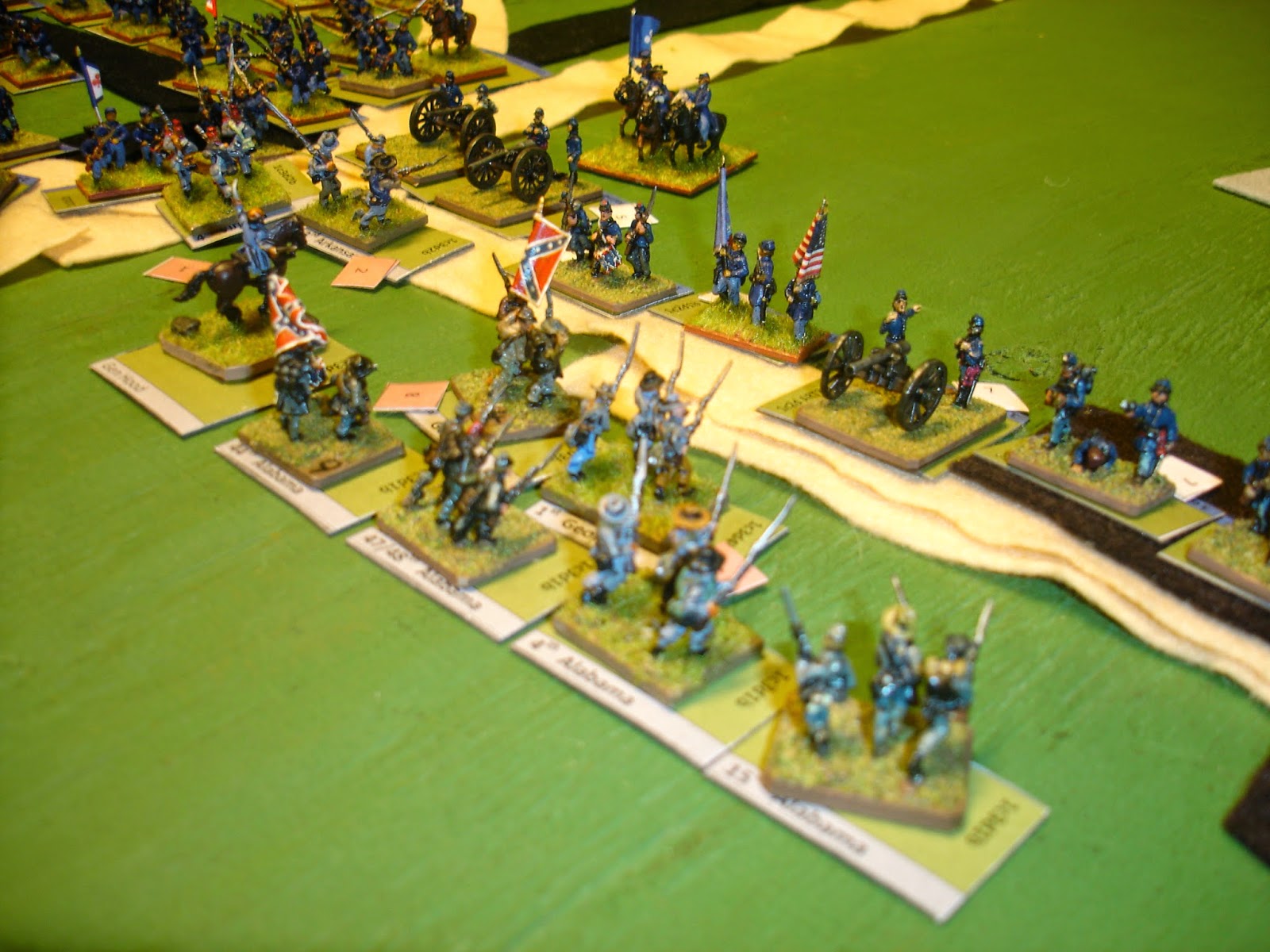 The attacking division breaks, but the Union line is thin and there is a second division coming up, however we were out of time.  The perils of games at the club.

The rules worked okay.  They are meant for campaign style actions were marching and multiple days are important.  I still like Fire and Fury and some aspects, mainly scale, were similar.  The important thing was that we got to have a game and I got to use my figures.

The other useful thing was I now have half my ACW force on magnetic bases for ease of transport and we also demonstrated the use of steel paper sabots for bases.

Email ThisBlogThis!Share to TwitterShare to FacebookShare to Pinterest
Labels: ACW