Two games of Carcassonne with my daughter when she got home from college (no pictures) and then in the evening at the NWS a game of Wings of Glory followed by an ACW HotT game.

All planes and play aids from Stephen's collection. 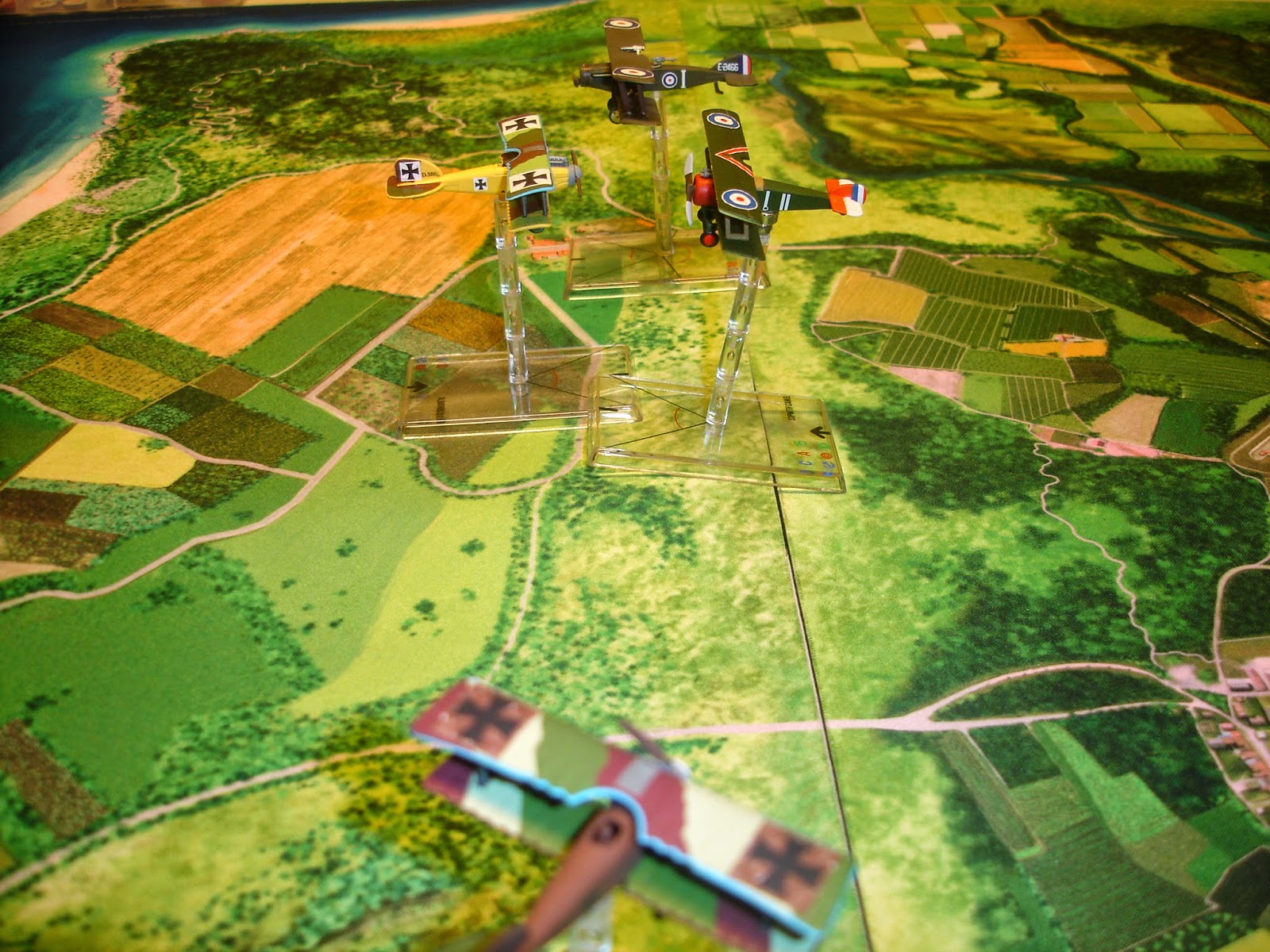 Stephen flew his new Albatross DIIs against mark B in a camel and myself trying out the Bristol Fighter.  A head on encounter results in a game of chicken. 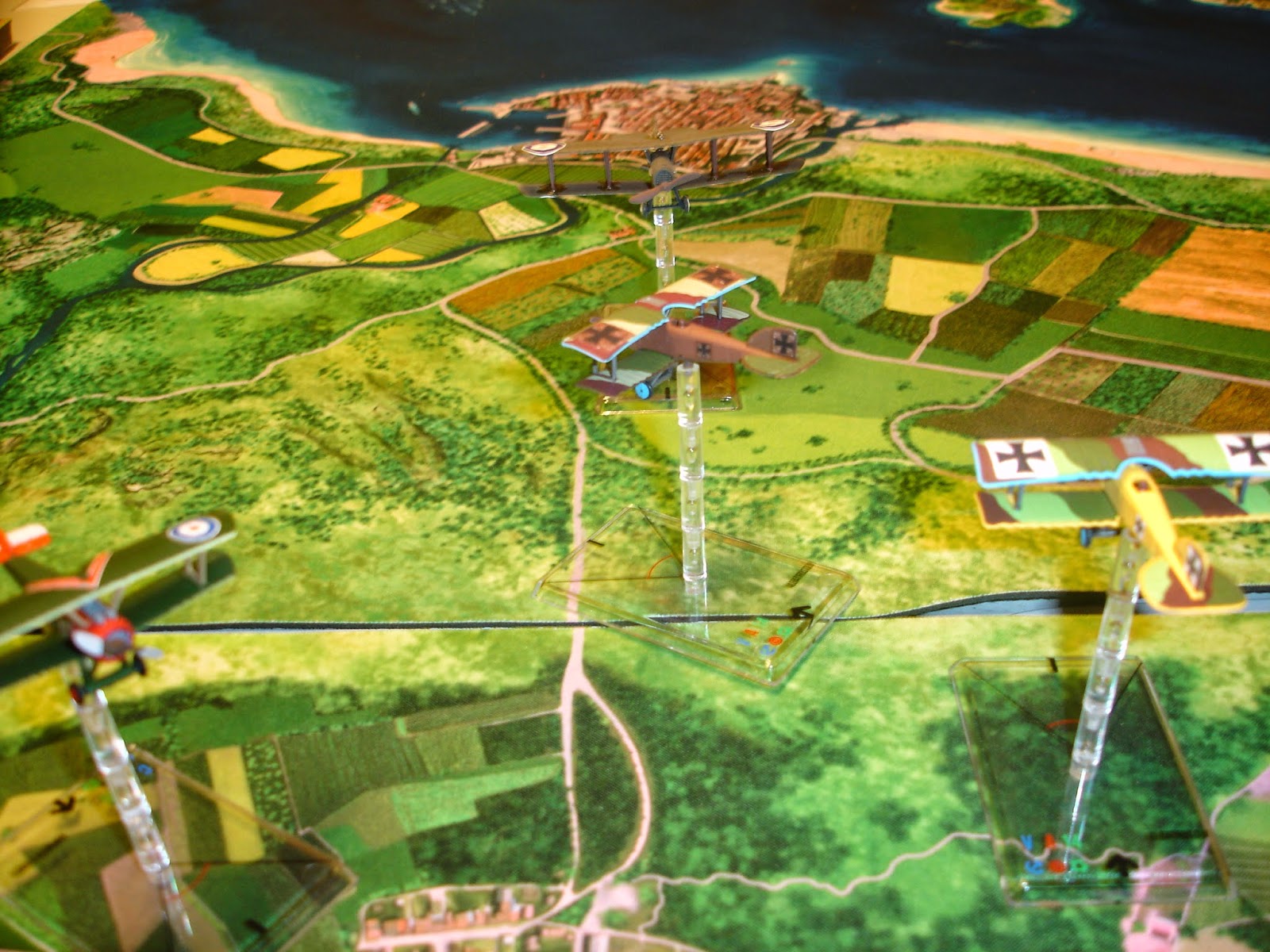 The Bristol Fighter coming back into the fray having suffered jammed guns. 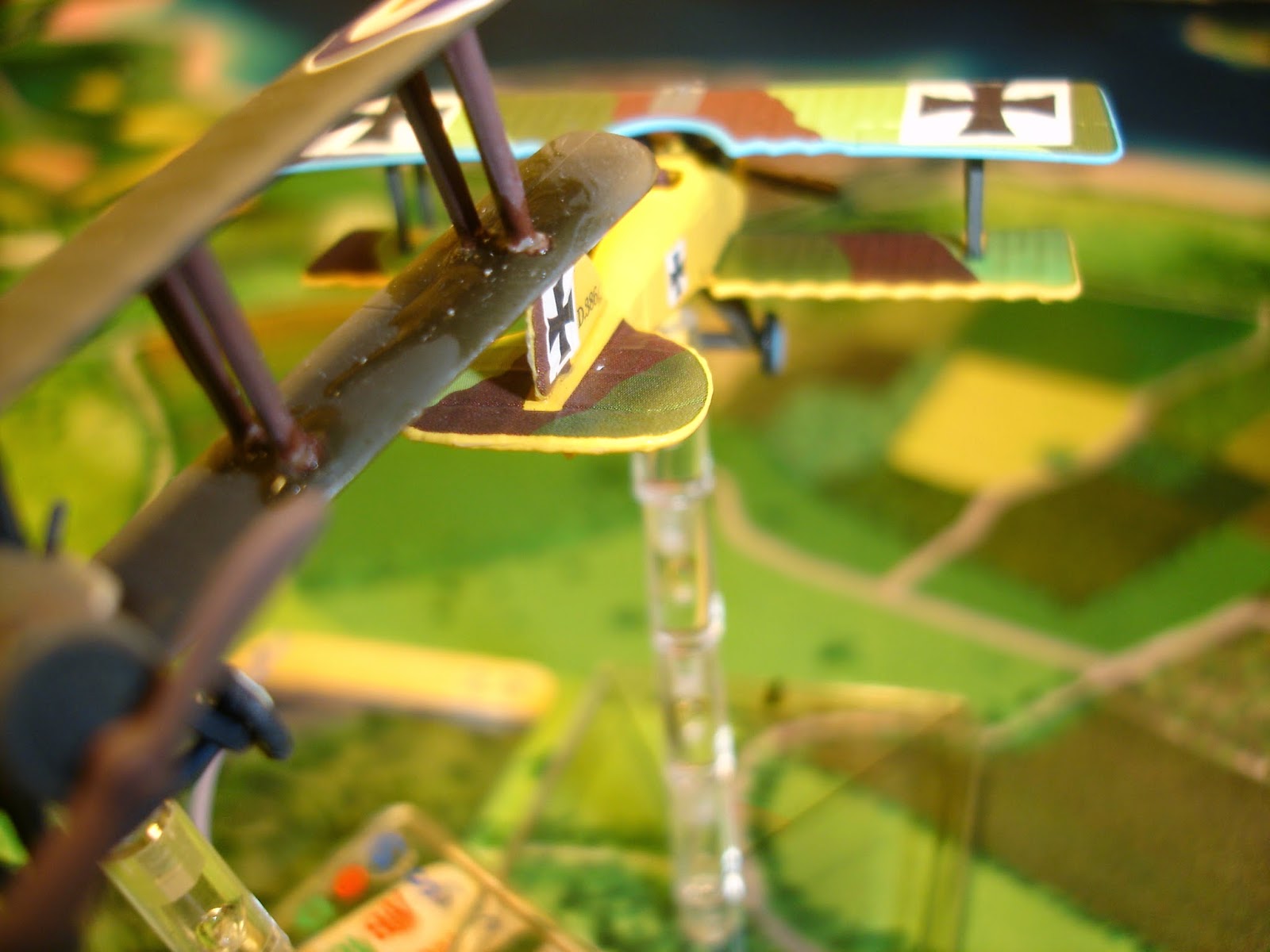 A collision, but with little or no damage. 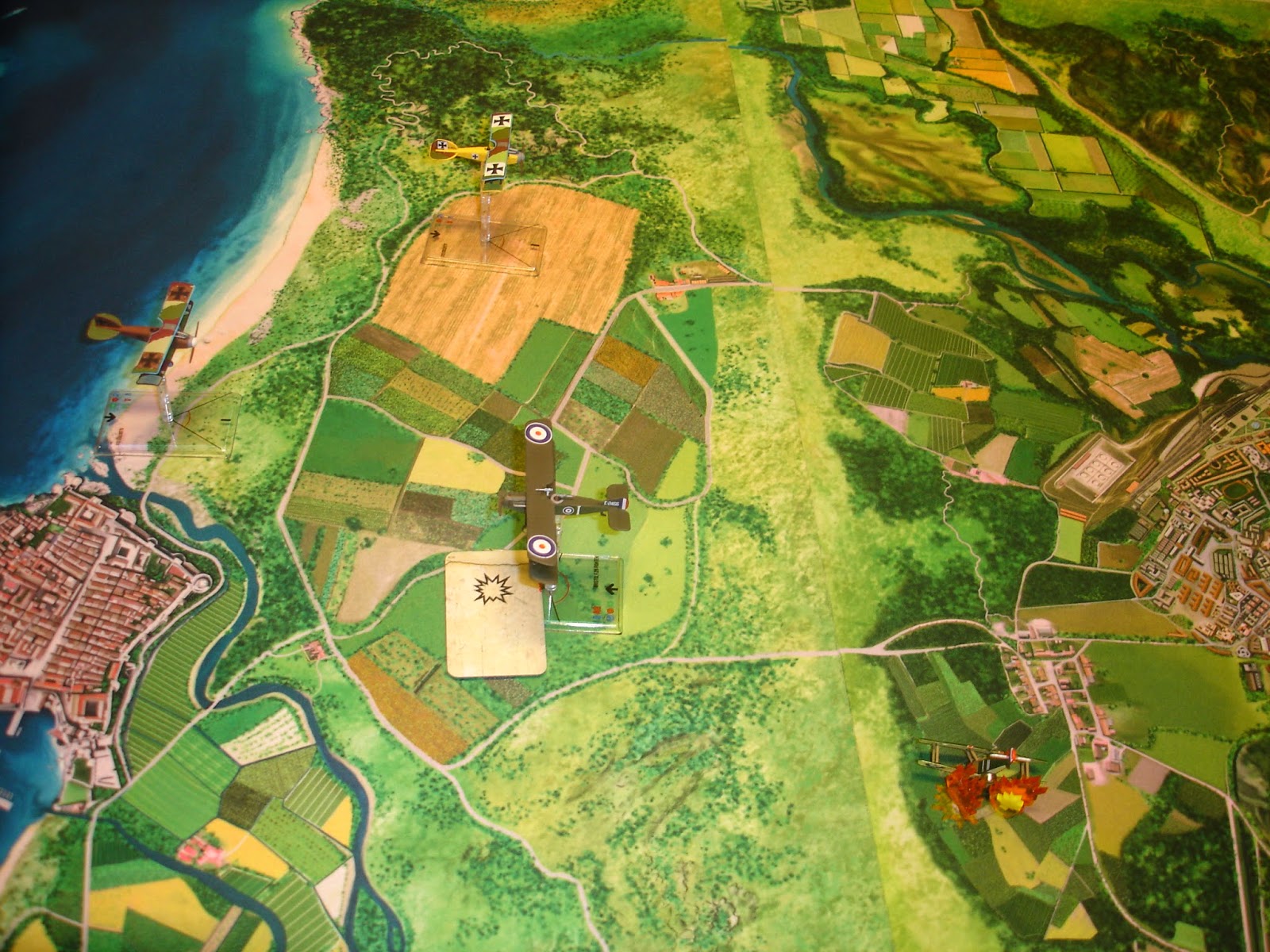 Boom!  Bang!  First the Camel explodes and a short time after so does the Bristol Fighter.  What kind of ammunition was the Hun using?

I was determined this year to get some use out of my ACW collection and having enjoyed the HotT game so much last week I made up two simple armies and encourage Stephen and Simon to give it a go.  Both armies were identical: Hero General, one cavalry (riders), two artillery and six infantry (shooters).  As Simon had a blue top he got to go Union.  Stephen was the rebs and I was the umpire. 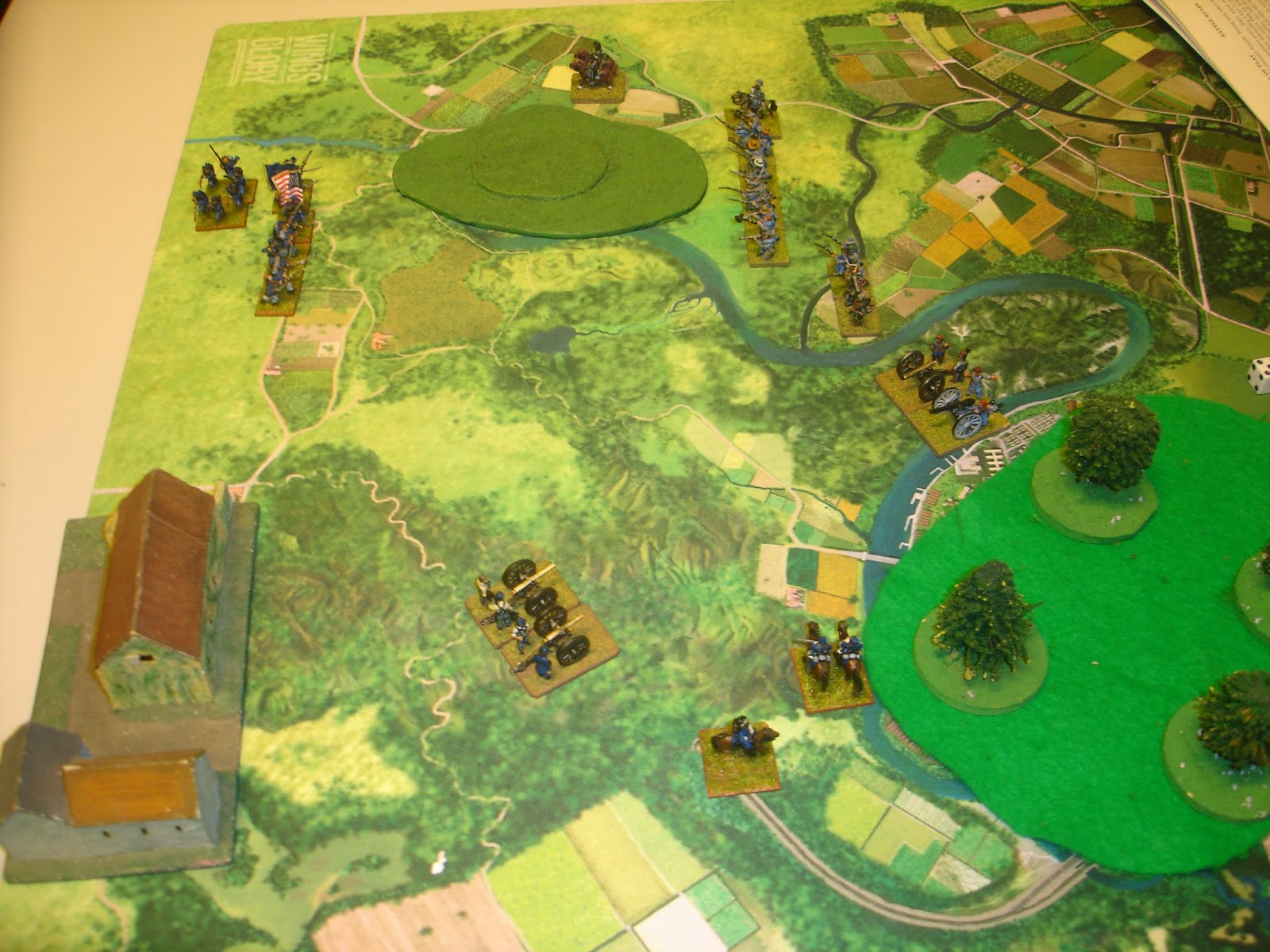 The Union were defending, but were able to make an attack on the Rebs' left which put the game at 3 to 1 in their favour. 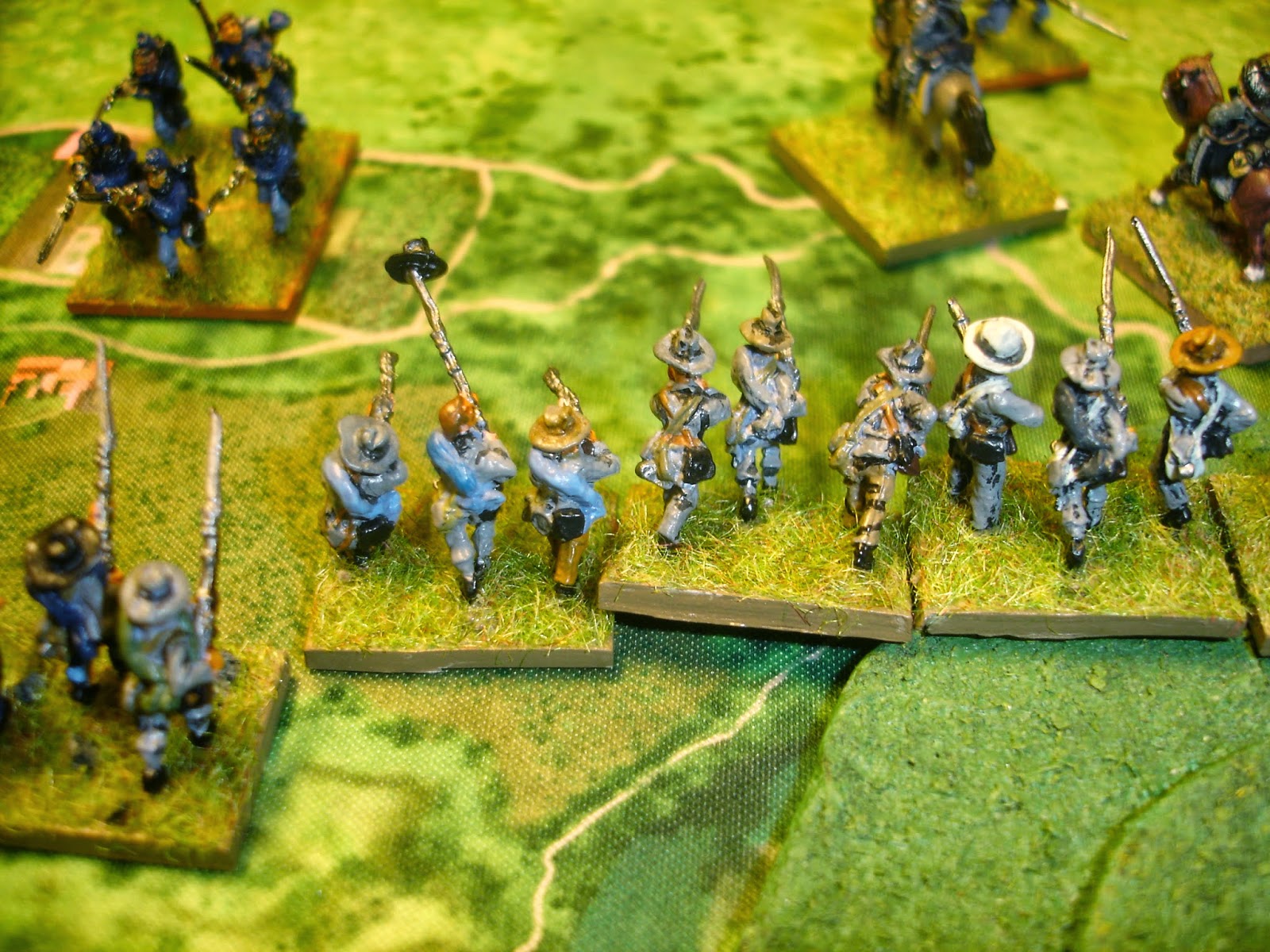 Finally the Rebs got their main line up and after some tricky shooting got a 3 to 4 result.  End of game I thought, but I had DBA in mind.  With a 24 point army 12 points of dead enemy were required before victory could be called. 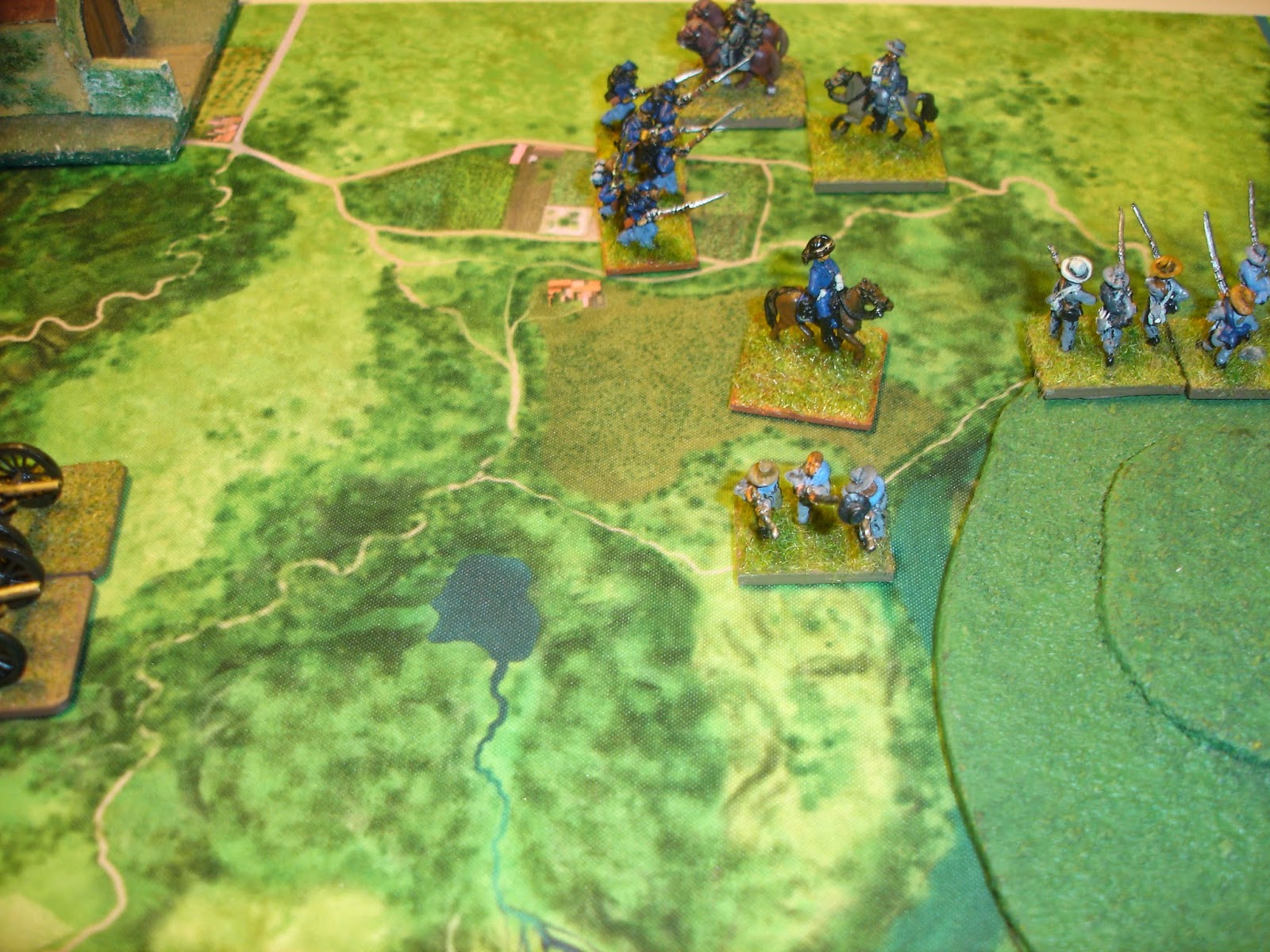 We then had some tense rounds of fighting with generals being heroically to the fore.  It looked like the Union might win as the Rebs were having a run of bad dice, but at the last minute they game good with a six when the poor Union could only muster a one.  So it goes.

Email ThisBlogThis!Share to TwitterShare to FacebookShare to Pinterest
Labels: ACW, Hordes of the Things, Wings of Glory