Hordes of the Things

Well over twenty years ago I bought the HotT rules.  Last Wednesday night at the NWS I finally got a game.  My opponent was Mark B and the figures were from Simon C's collection and featured some old Minifig castings. 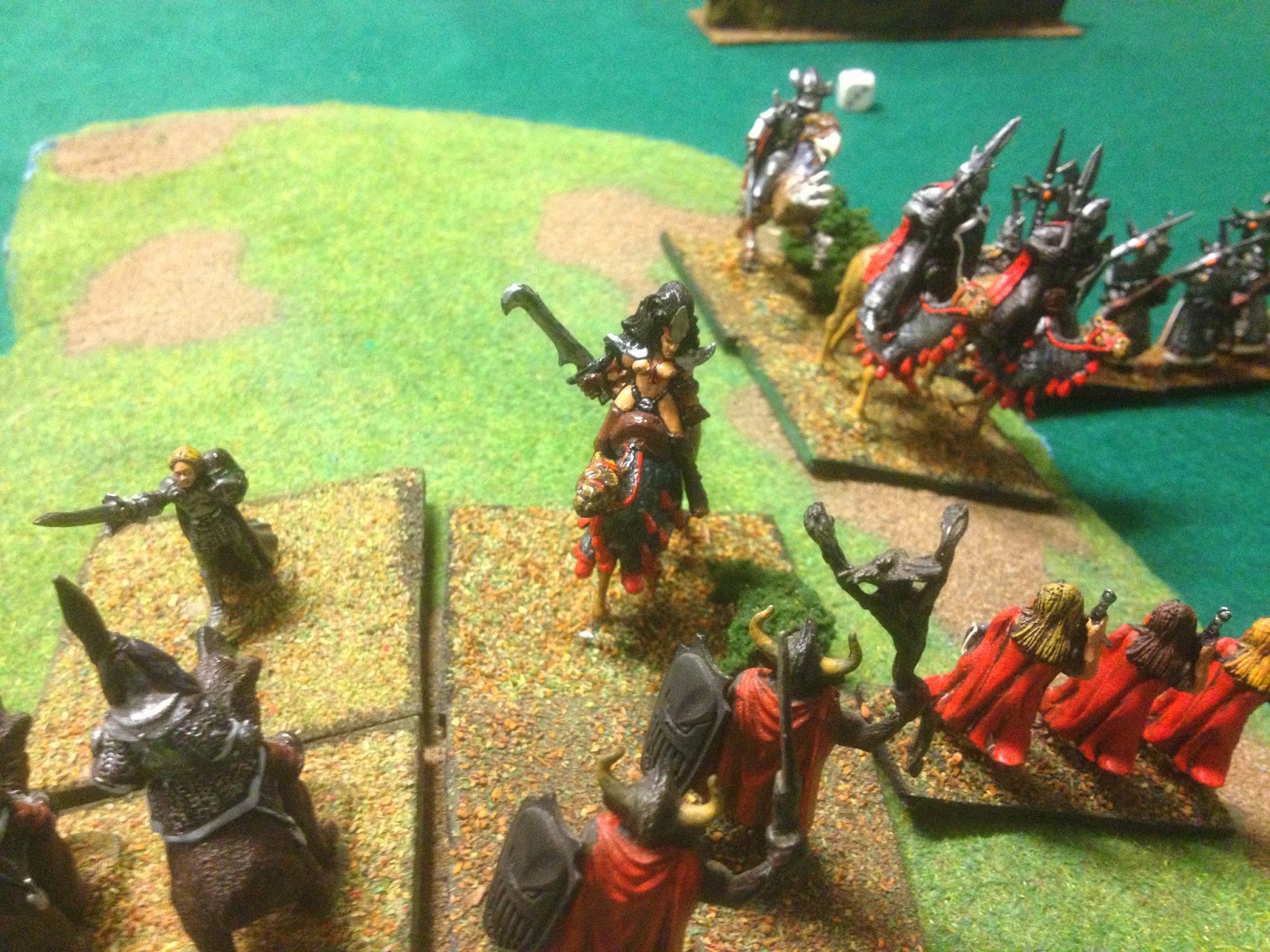 My dwarven bear riders take on the paladin while my behemoth (the two dudes in the horned hats, one of whom looks like they are swinging a dead cat) takes on the hero (yes, that is a scantily glad female on an armoured camel, it what it takes to be a hero I guess).

EDIT
Whoops. The joys of using a camera phone... I had taken the following photo of the battle, but it had been lost in translation from phone to email to desktop to photo editor to blogspot.  But here it is now and for obvious reasons. 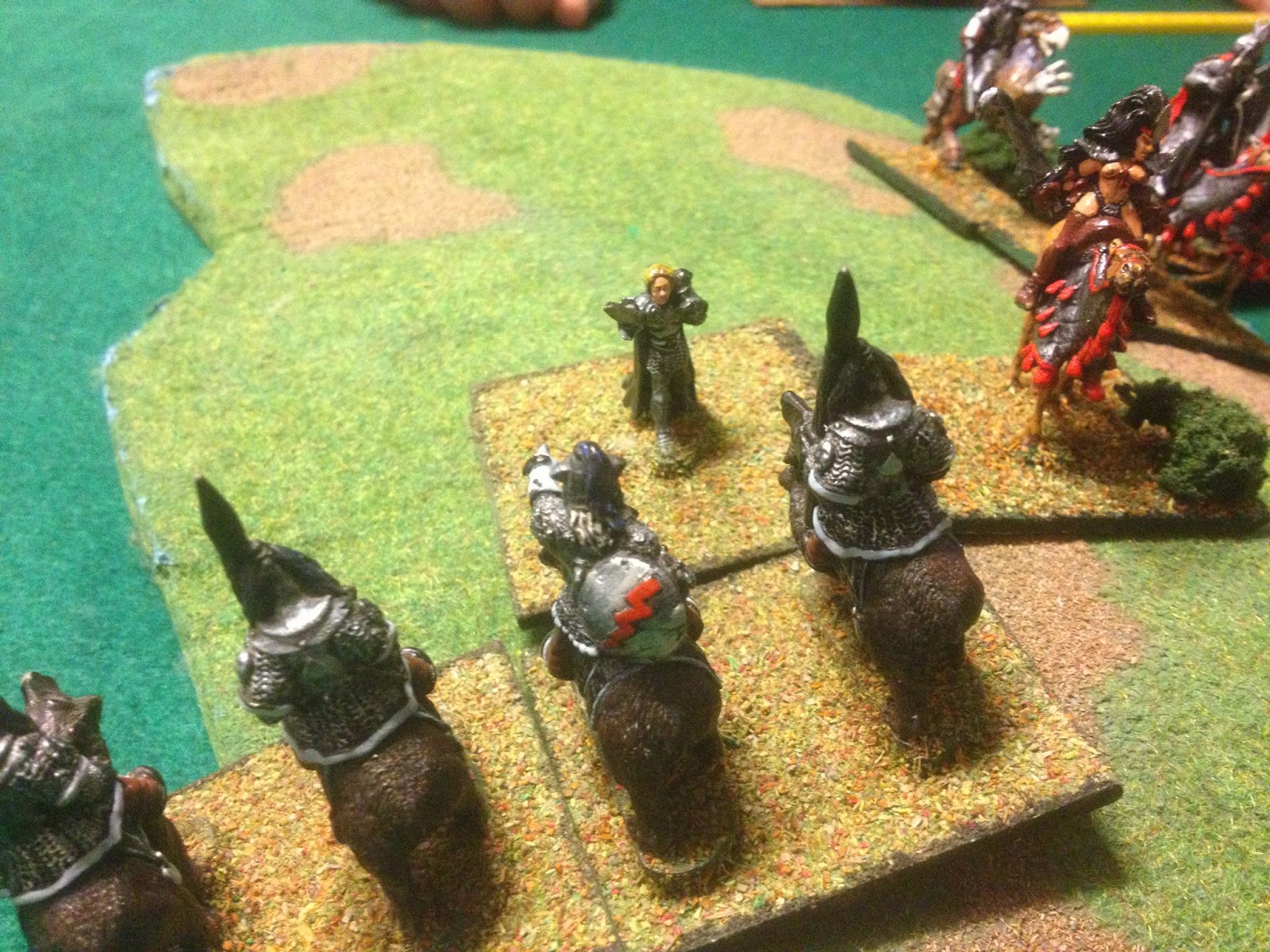 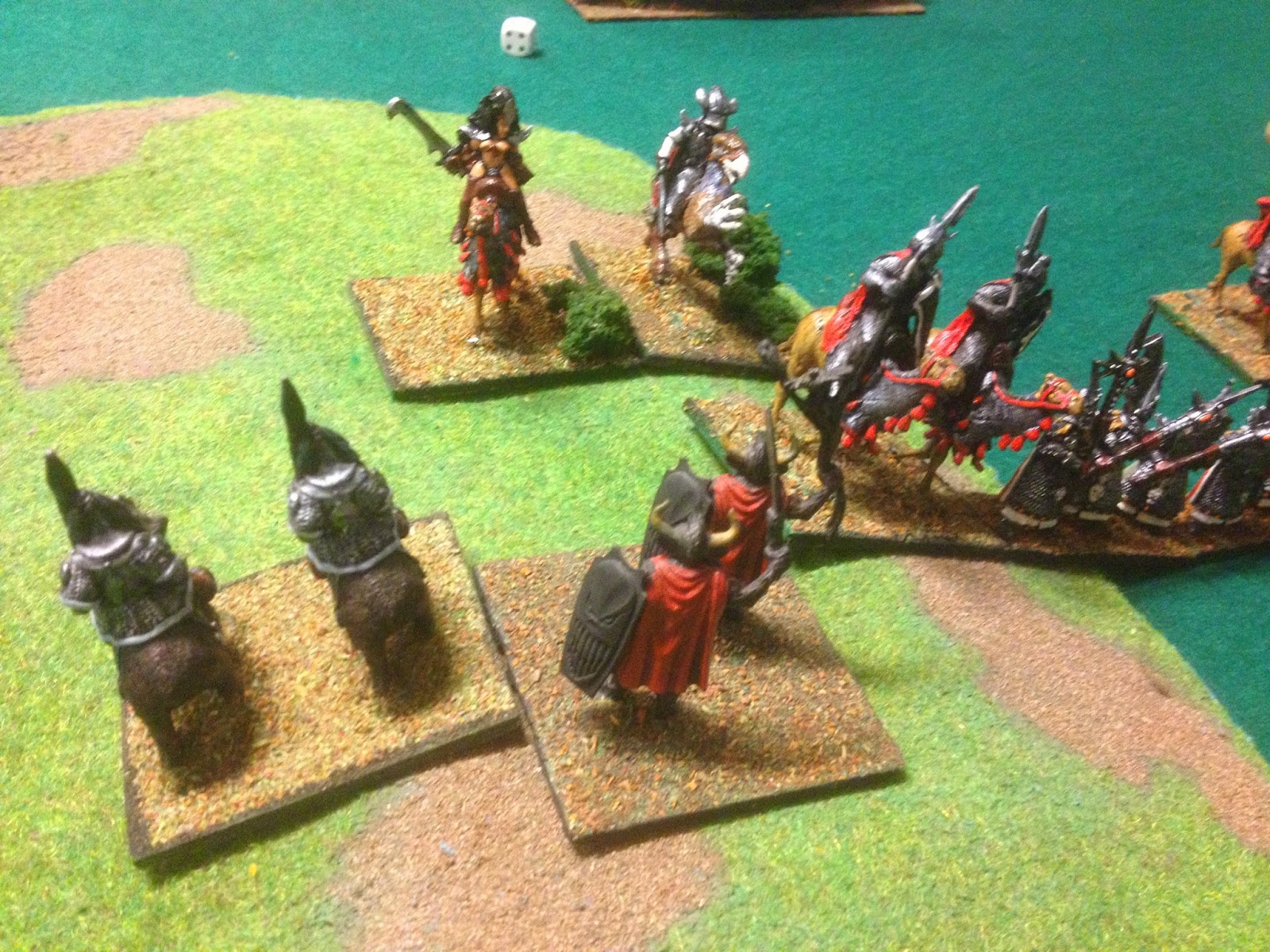 I'd already lost one rider when my guys got lucky and out rolled the paladin.  The behemoth then moved over to take out the knights who had previously taken out some of my blades.  I was learning the quick kills at this stage and had been very lucky with my placements. 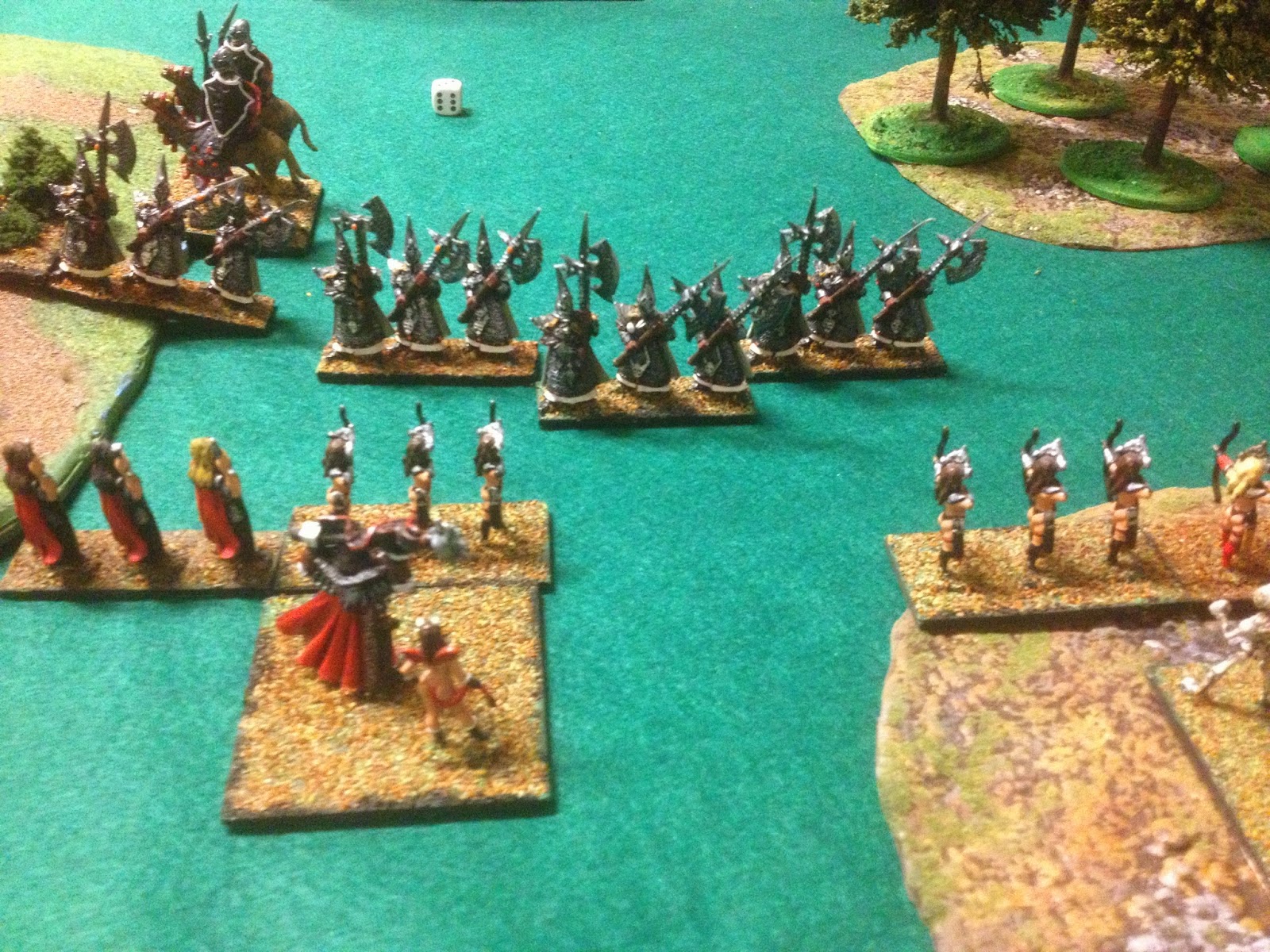 At two all it is time for my magician general to do his stuff. 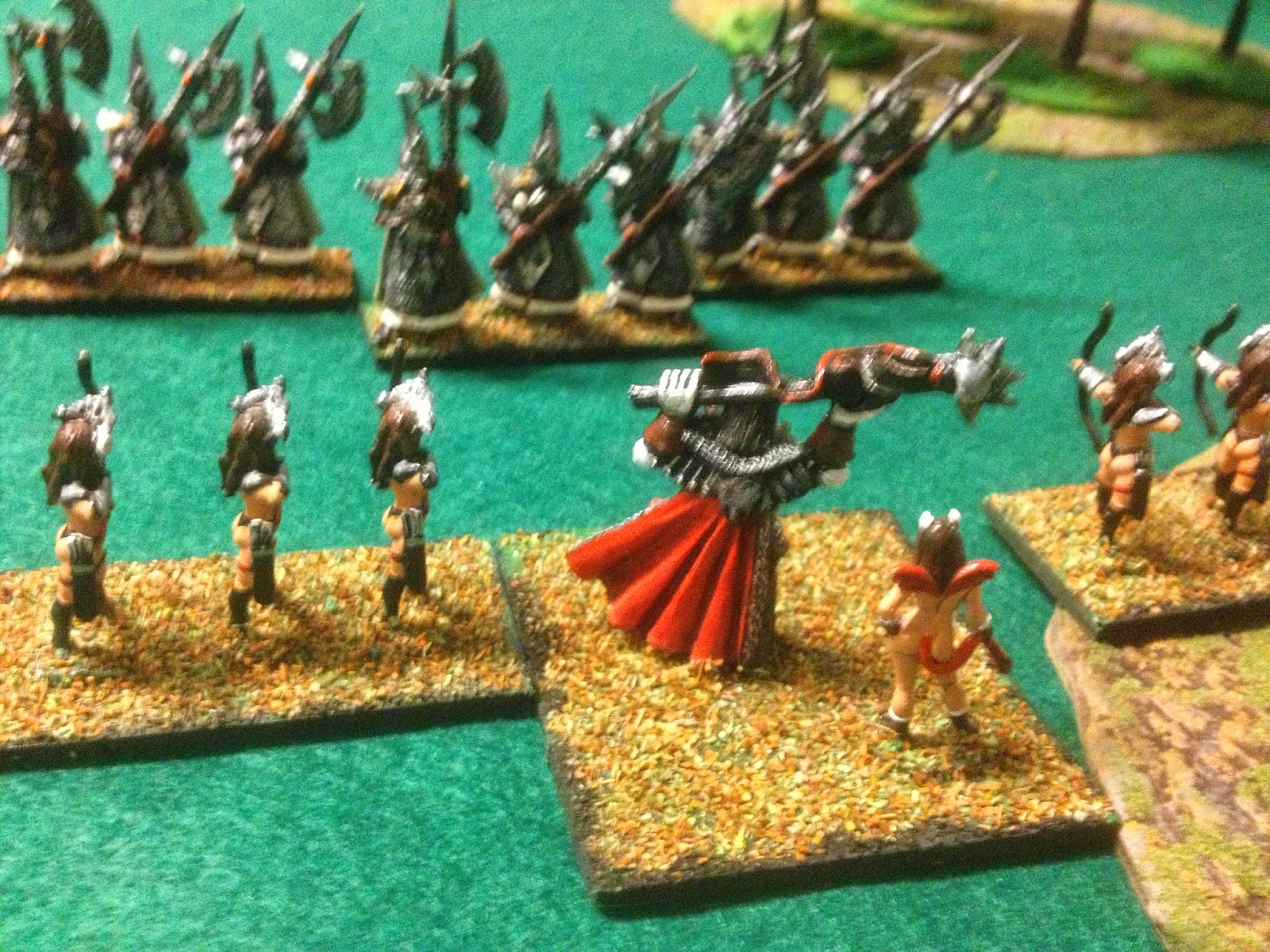 The army the magician had conjured up seemed to be short on armour, not to mention basic clothing.  The enemy look like inverted metallic icecream cones.  I'm not sure my shooters are going to be able to do much - best hide in the bad going. 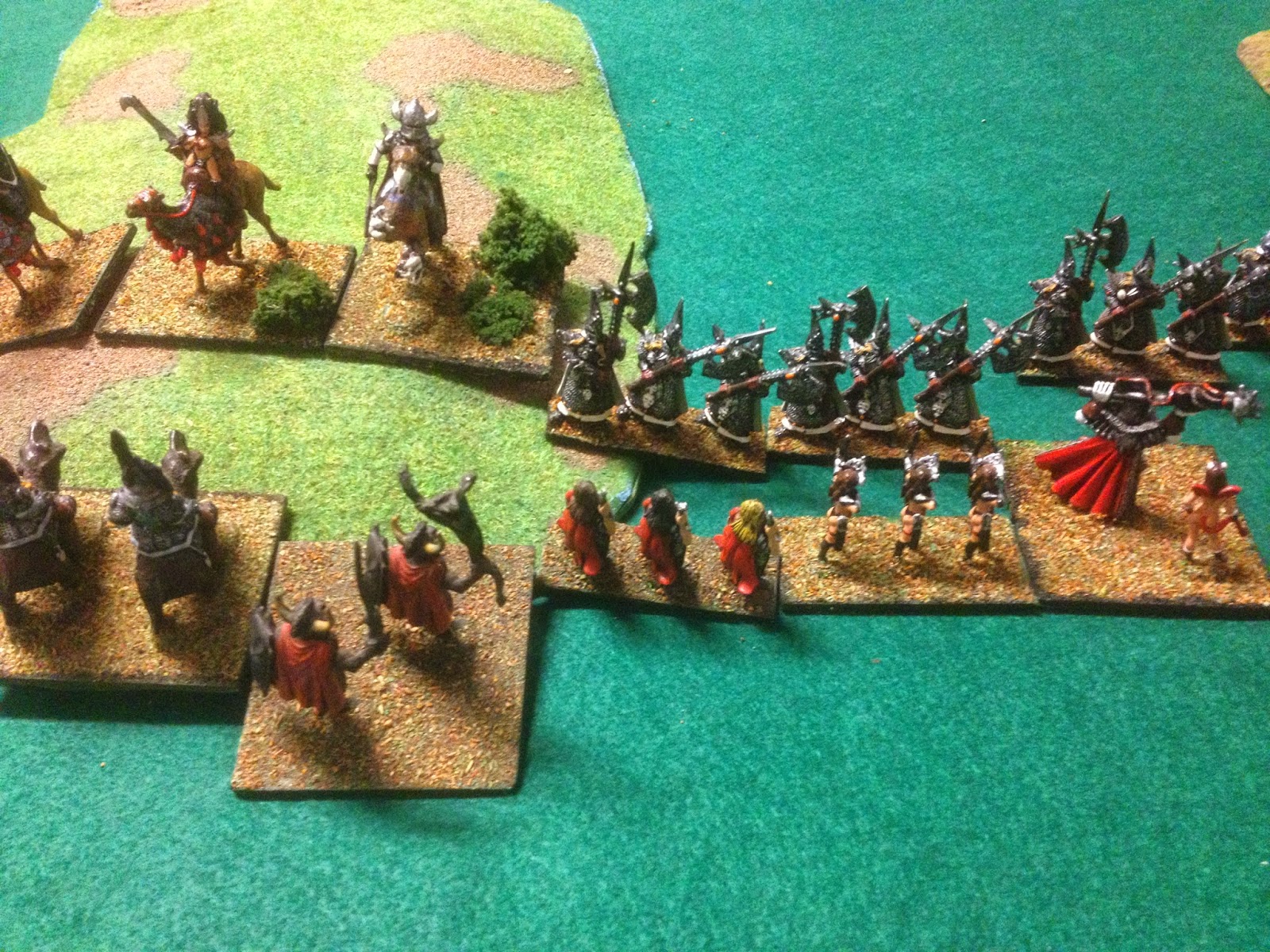 Then there was a series of ones and twos rolled for command pips which basically saw a bit of a stand-off.  My opponent had brought over some knights from his left flank and was preparing to renew his attack. 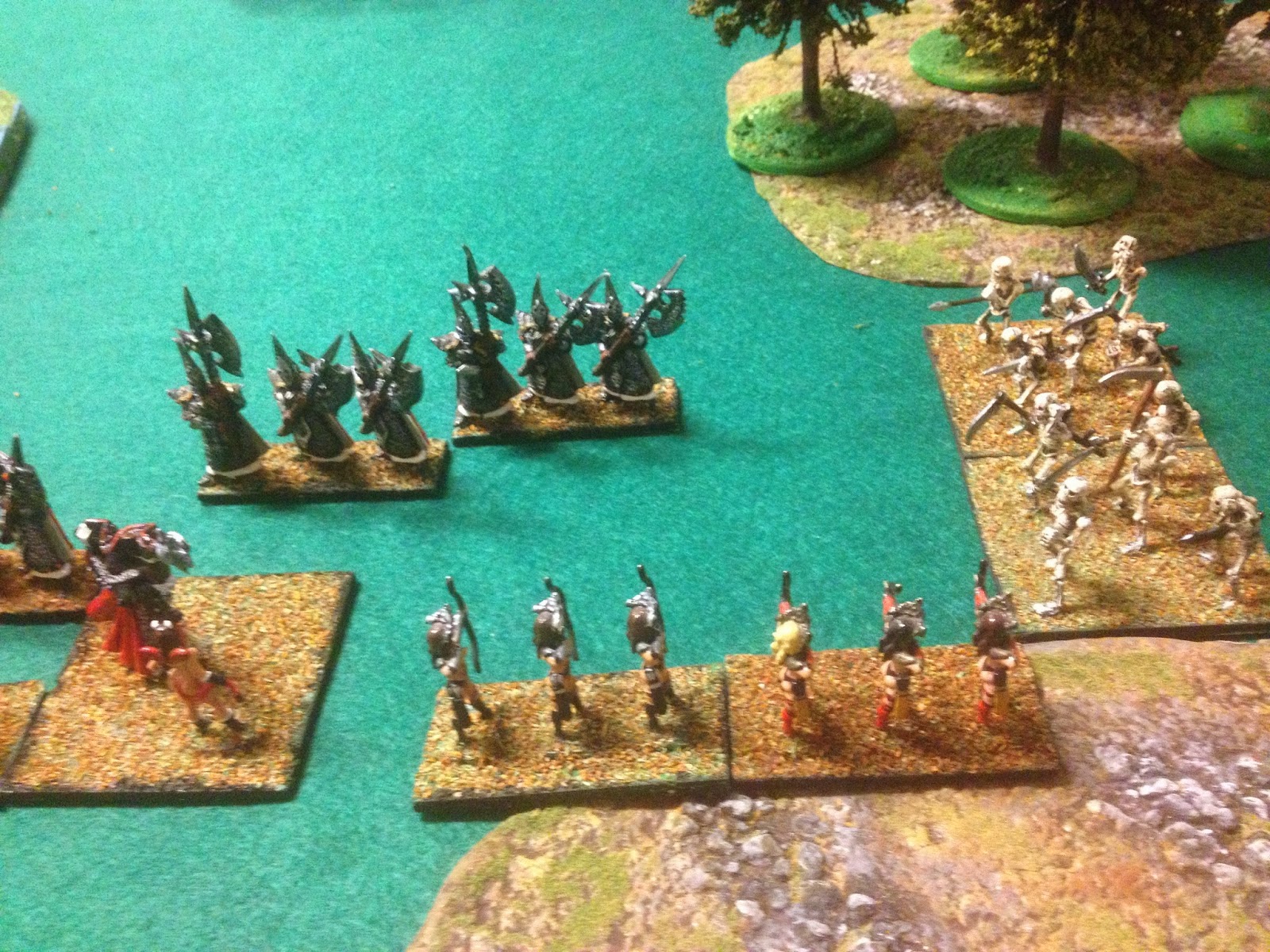 My plan had been to attack on my left, but that had stalled.  A good command roll however had me moving hordes of skellies up on my opponent's flank. 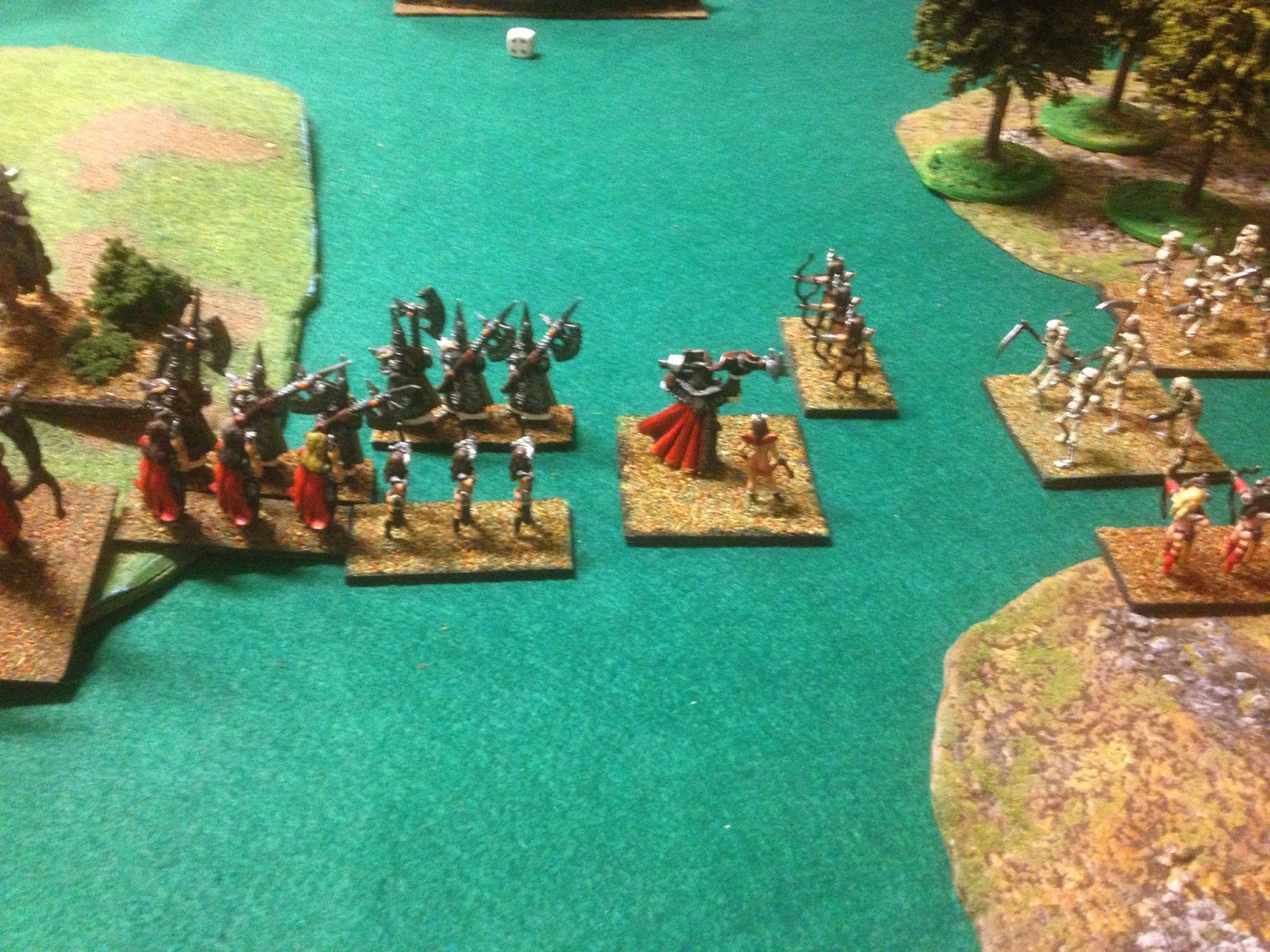 While there was still some fighting on my left, nothing came of it (phew - the factors were not in my favour).  However on my right, the skellies caused the enemy blades to show their flank to my shooters who got lucky and shortly after my magician put in the killing blow.  Easy when you realise this is just like playing DBA.

Now my problem is I want a fantasy army of my own.  I have some figures, some partially clothed, eh painted as well.

Email ThisBlogThis!Share to TwitterShare to FacebookShare to Pinterest
Labels: Fantasy, Hordes of the Things