When my opponent was unable to make it, I was fortunate that Jeff agreed to run one of the two armies I had brought along to the club (I also had a third in play - my Carthaginians pretending to be Gauls on loan to Simon). 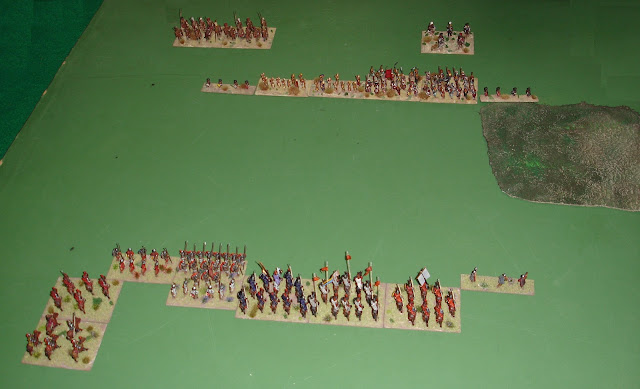 My Byzantines out scouted the Arabs and decided to face their foot with the cavalry. 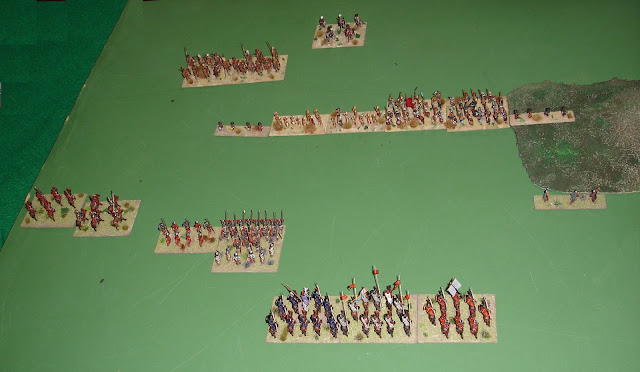 But timing would be crucial 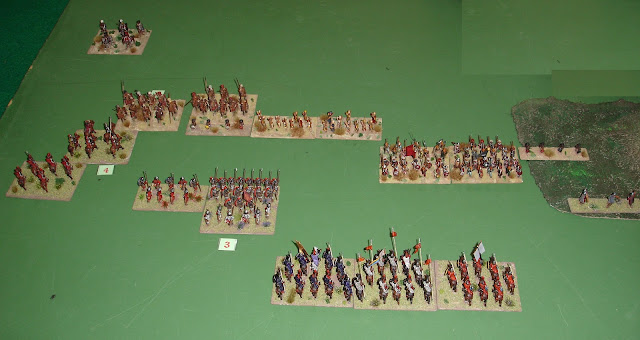 While that was happening, the main bodies came into contact.
It initially looked favourable for the Byzantines...

But that was an illusion

The Byzantine light cavalry have triumphed
but the Arab slingers have added to the woes of the Byzantine foot. 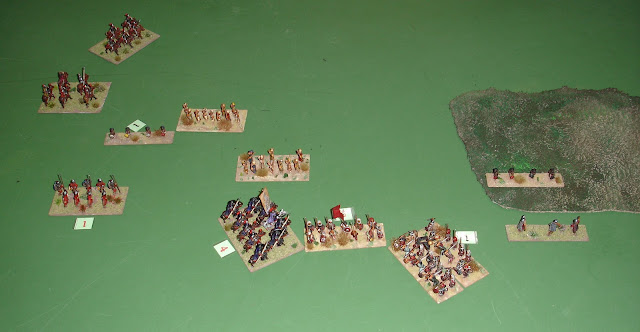 When the Byzantine foot were finally routed by the weight of fire brought against them,
the Byzantine army collapsed.