Both armies are from Volume One of the Basic Impetus army lists.  My Carthaginians devolved to an earlier form and pretended to be Achaians to fight Dave's Egyptians.  I was feeling confident and things went well until the moment of contact. 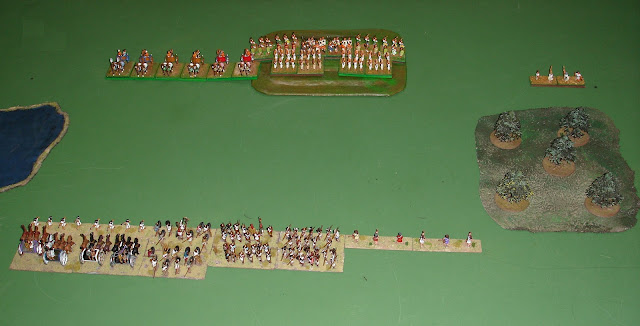 My army is defending, arrayed between a wood and a lake.
It is strong in infantry, but out numbered in chariots. 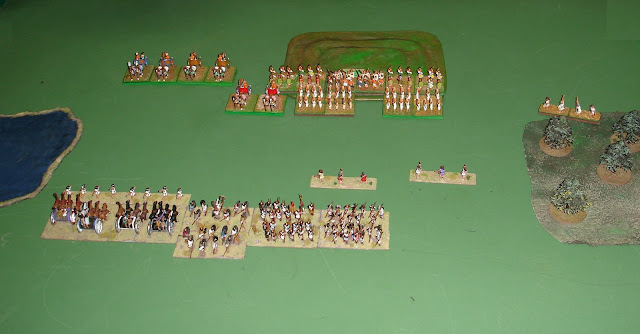 We advance.
Greek slingers cause disorder in the Egyption chariots.
Their main body comes down off the hill. 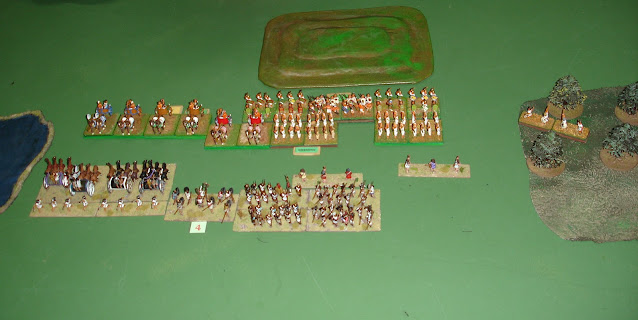 The impetuous troops next to the chariots have charged and been bloodily repulsed,
however missile fire has proven to be effective.

While the Egyption chariots struggle against the Greek chariots,
they have run down a second set of infantry.
So much for being strong in infantry. 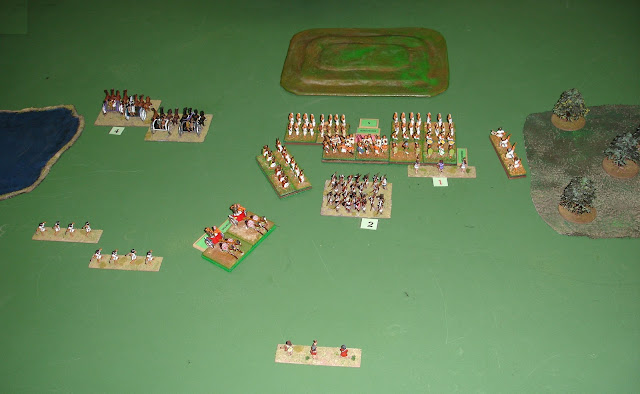 This doesn't look good.
The only Greek infantry that are fighting well are the bow armed skirmishers on the right flank. 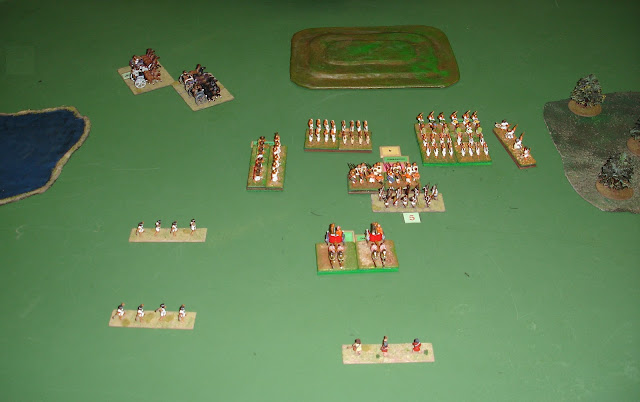 What a bloody battle,
particularly for the Achaians!