May/June 1942 started with bad weather, but then the sun shone and fine weather was upon us and time to liberate Eastern Europe from the grip of the Communists (who are being aided by the Imperialists).  It's Europe against the world!

Army Group Rumania was tasked with liberating Chisinau and Lvov as well as completing clearing the Communists out of the Carparthian Mountains.  Lvov was automatic. The mountains an easy 18.7 with a die roll of 10, but Chisinau was a 12.8 and had a die roll of 8.8 - it just scraped in. 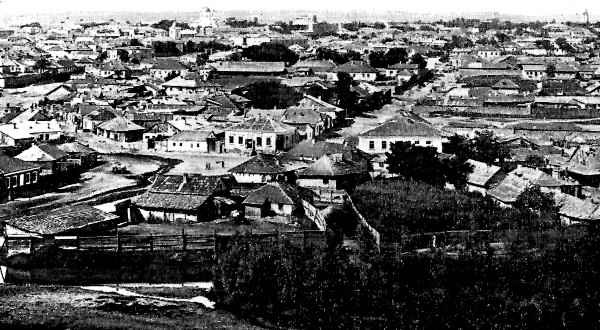 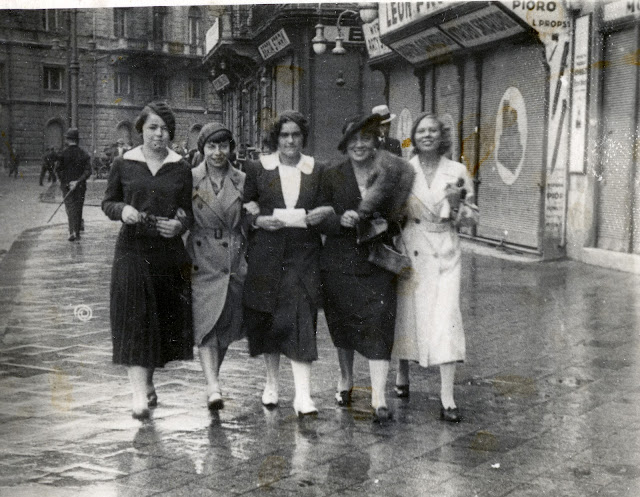 High fashion returns to Lviv after the Soviets are expelled
and it is safe to walk the streets again.
In the north Army Group Baltic started to prepare for the encirclement of Kaunas 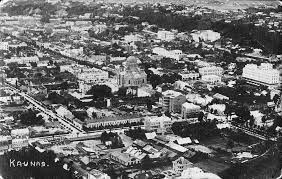 Kaunas, the key to the Baltic
And in Greece there was an almighty battle for the Thermopylae Pass.  It was a 7.1 with a 12 on the dice made for losses alround.  All it needs is a second attack and the pass will be cleared.
And for the next impulse of May/June 1942 the weather is... snow, storm and rain!  Not a total disaster, if we can get another go, but it ended (30% chance).  Not a good outcome as the freak snow blocked shipments of Swedish iron ore.  It also meant the Pripet Marshes returned to being just that (in snow they convert to woods).  The presented opportunity to infiltrate was lost.

The withdrawal of Russian resources was made up by a second syntheic oil plant coming online and Finland providing resources (that somehow avoids being iced in).  Germany continued to supply Italy with 4 oil and 1 resource.

I need to check I haven't lost a BP as one of the subs was zero cost.  It is possible I built a 4 cost gun.

Now we come to the key campaigning season.  Who would win the inititaive?  Both sides threw 9s.  As the Allies went first last time the Axis win ties.  The Allies try for a reroll (which gives the Axis a plus 1).  The Allies threw a 1.  There was still one more hurdle to cross, weather.  The previous snow/storm/rain gave a +2 to the die roll.  A high roll (9 or 10) would mean rain... The roll was a 7.  Phew.  Clear skies!
The second battle for Termopylae was on.  Everything was lined all.  All that was needed was an exchange.  It was a 6.9 attack.  The die roll was a 6.8 resulting in nothing!  The one chance for significant progress evaporated.
A lone tank trying to navigate its way through the pass.
What do we do now?
Army Group Rumania moved up to the border with Ukraine, bringing up artillery, aircraft and attempting to inflitrate.  The Soviets have built a strong line.
At Kaunas a ground strike goes horribly wrong and a number of advanced JU 88 bombers are shot down.  The Soviet airforce is numerous and much of the Luftwaffe fighter strenght is covering German factories from the depravations of British litter drops,

A JU 88 in happier times.
Note the self censoring wing tip
The attack went in.  It was 7.6 with a die roll of 6.6 producing the dreaded squiggly 14.  Three losses for the Germans with remaining troops inverted.  Germans HQs scramble to restore troops to fighting readiness.  There is the chance for one more attack, but the Baltic Front, like the Ukraine, has now been strongly manned by the Soviets.
Elsewhere bad weather seems to have stymied Japanese advances.  A significant build up of Imperiealist forces has occured in Britain and an invasion of Europe seems imminent.