Richard and I brought (and have also both bought) this great game to a successful conclusion. 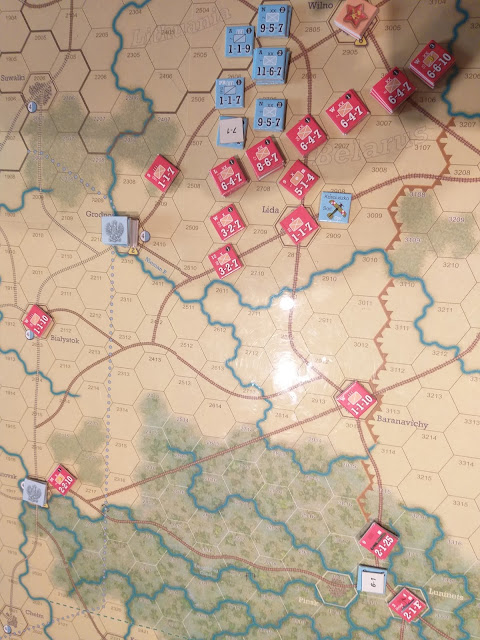 The West Front launches another offensive,
aiming to cut off Polish supply and drive them into internment in Germany 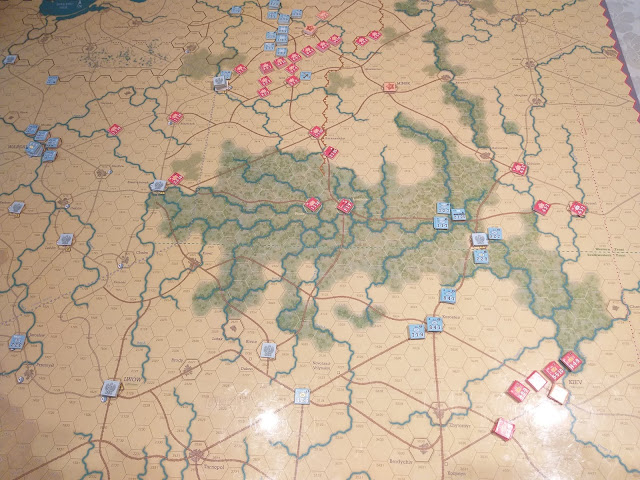 It got off to a good start. 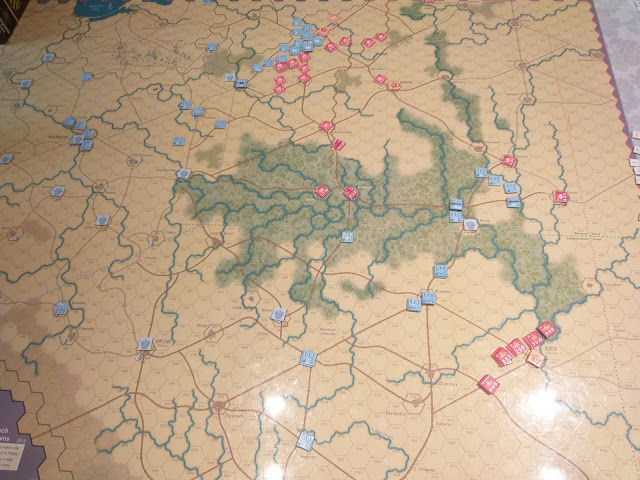 But Polish supply was not really at risk and they had reserves to deal with the penetration. 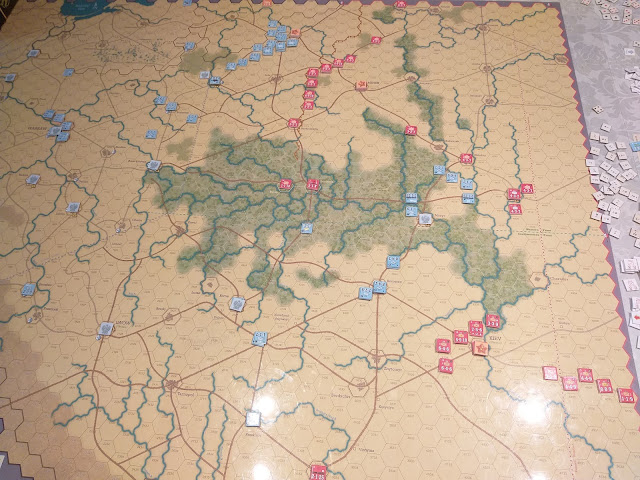 The Soviets pull back, while sending reinforcements to the Mozyr front (eastern end of the marshes) 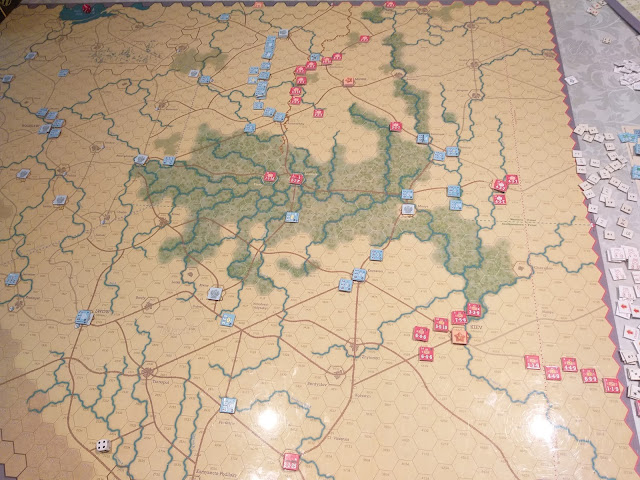 The Soviets holding the central marshes impedes Polish ability to join their armies for a decisive blow.
Konarmiya withdraws, sent off somewhere to fight the White Russians. 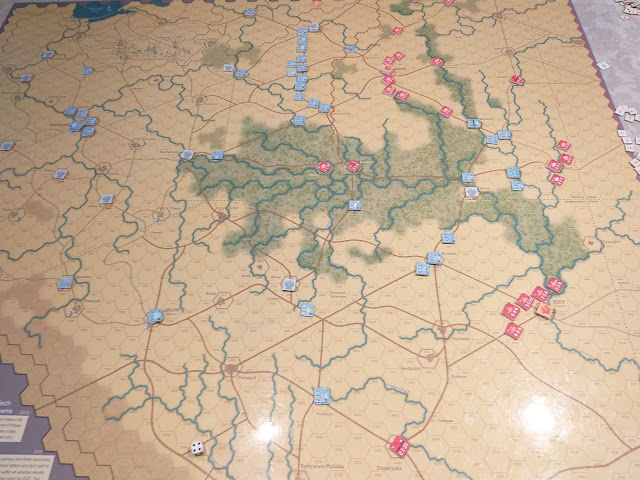 But regardless the Soviets aren't letting the Poles get close. 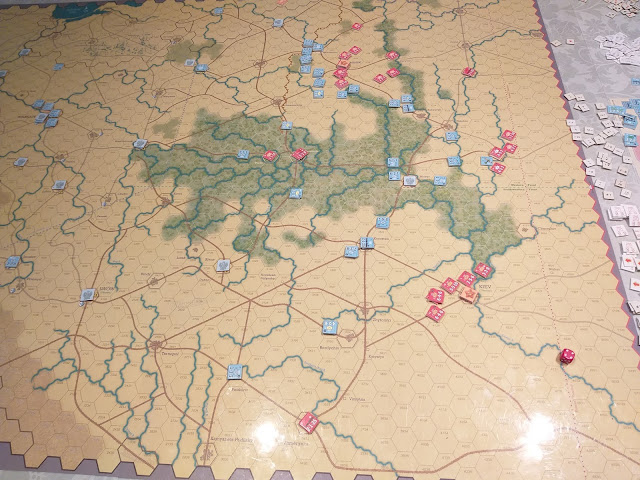 However the Poles attack West Front. 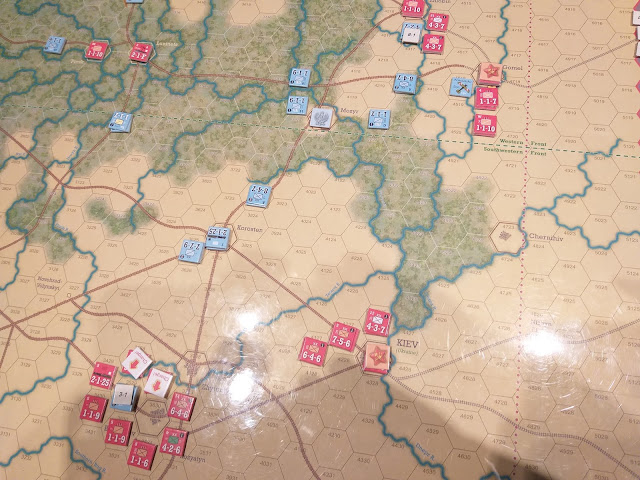 But the Soviet South West Front strikes back. 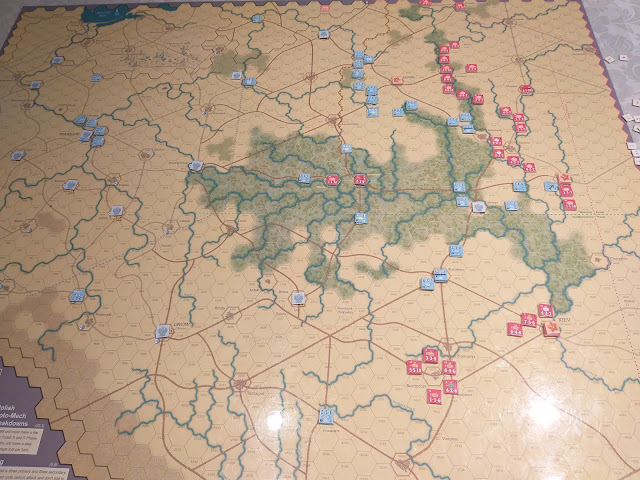 What will the Poles do now? 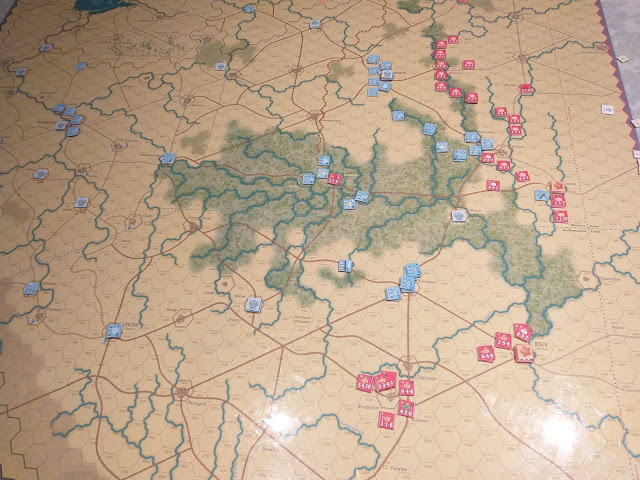 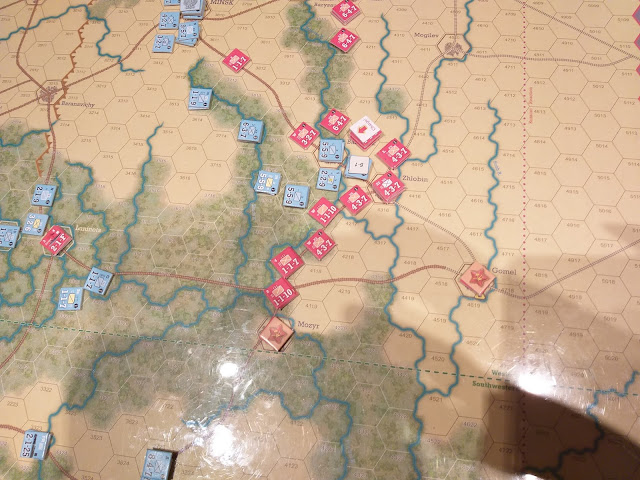 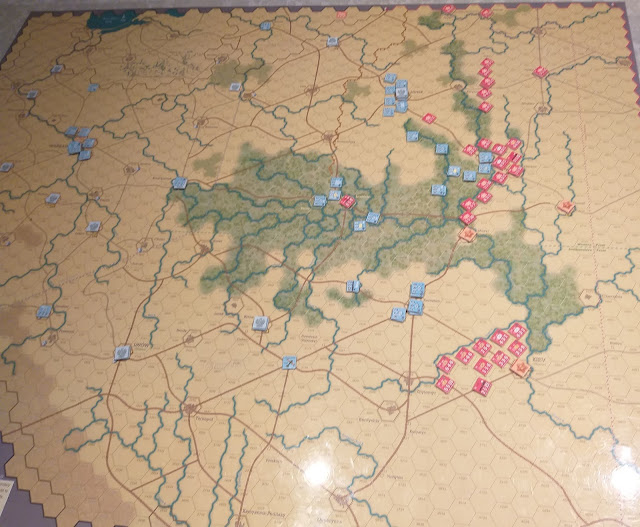 The Polish offensive is blunted.
A defense of Kiev is developed using the gamey device of knowing how long the game has to go
and making sure the equivalent number of hexes are between the enemy and the victory location. 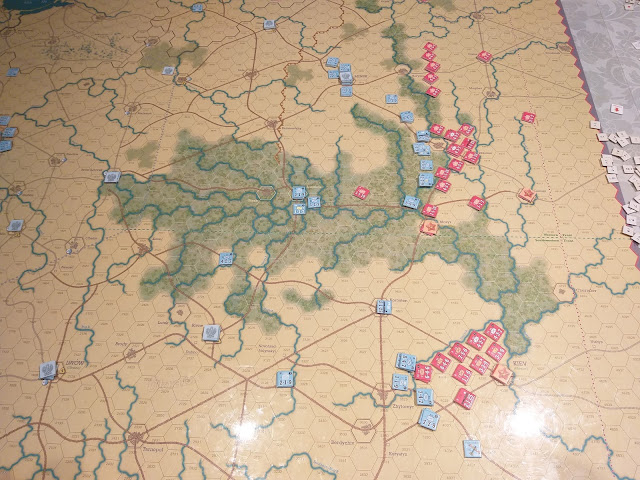 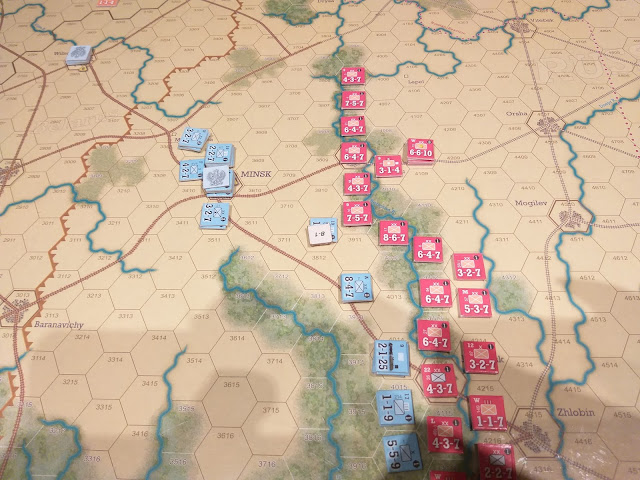 The last bit of Soviet aggression. 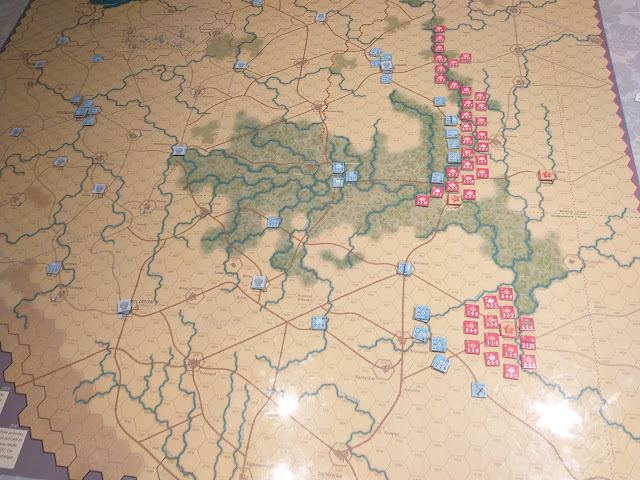 This seems to be very close to the starting position... 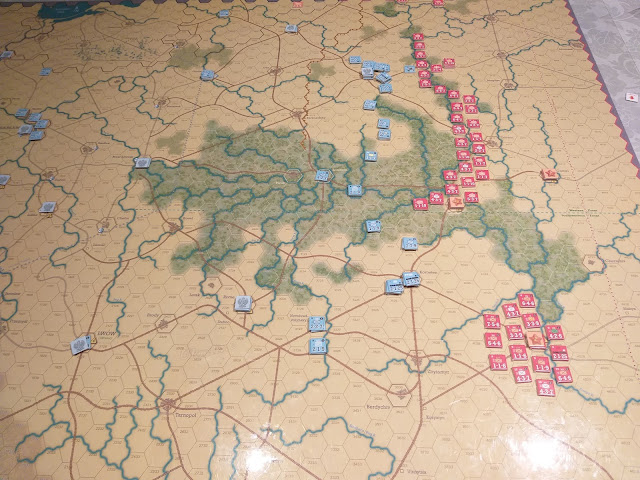 The Poles pullback.
The war now moves to the peace table.
The Soviets ended with 10 Vps, the Poles with 28.  That just put the Poles into "Major Victory"level, but with the optional rule requiring the Soviets to have made an attack on Warsaw (which I came no where close to) the Victory Level becomes "Crowning".
So Lenin again fails to conquer Europe.
Fascinating game, I'm looking forward to playing it again.