Anyone spreading rumours that Stalin has left Moscow for a holiday in Hawaii will receive a visit from the NKVD.

The session, the July/August turn for 1941, got of to a good start when I won the initiative.  But then it promptly disintegrated when the Axis grabbed it back using a reroll.  The weather was fine.

We completed only one impulse.  The Axis made four attacks one of which was just mopping up.  Another encroached on Moscow while the other two breached the Dnieper, north and south.  The only good things is that this consumed Offensive Chits and a number of German HQs. 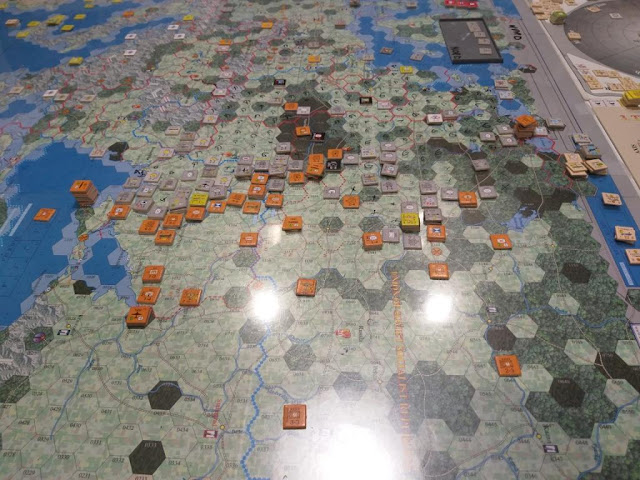 Militia is being rushed forward.
The Belorussian Front is isolated, but determined to die hard (I hope). 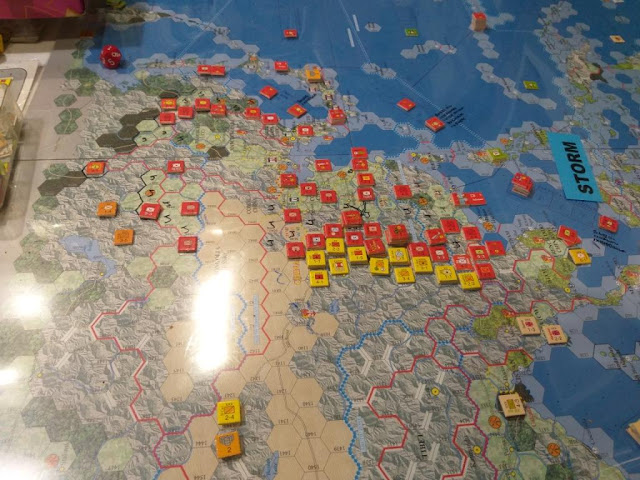 With the first Russian-Japanese war concluded,
Japan seems to be switching its attention elsewhere.

Next session will be 2/1/2020.  In the meantime I have set up the Barbarossa scenario again in Vassal and so might give it a spin during the festive season.