What seemed like the endless May/June 1941 turn finally is over.  It was a shocker! 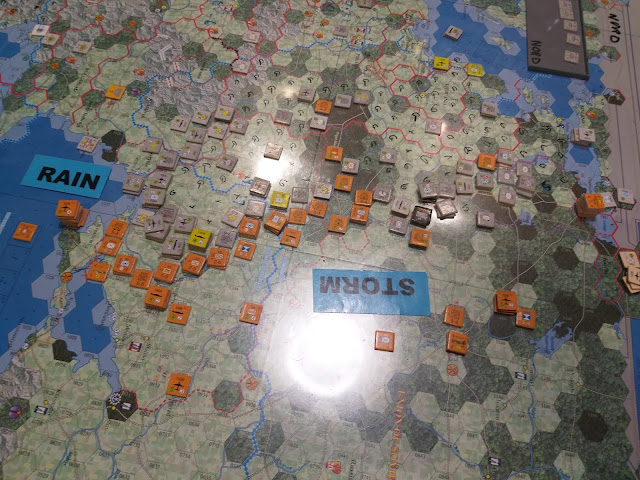 On the last of what must have been six impulses, the Axis finally rolled bad weather.
However that didn't stop them from taking Smolensk.
(This is the "before" image)

Losses.  Apologies for the sideways aspect. 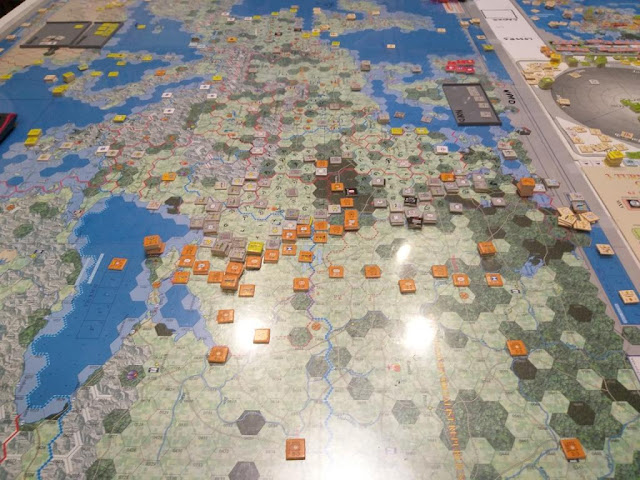 Ready for the July August turn.
The USSR had 37 build points (20 from cadres).
This allowed for the immediate build of 11 militia.
The rest was spent on 8 garrison units.
If the Axis go first it is going to be ugly... 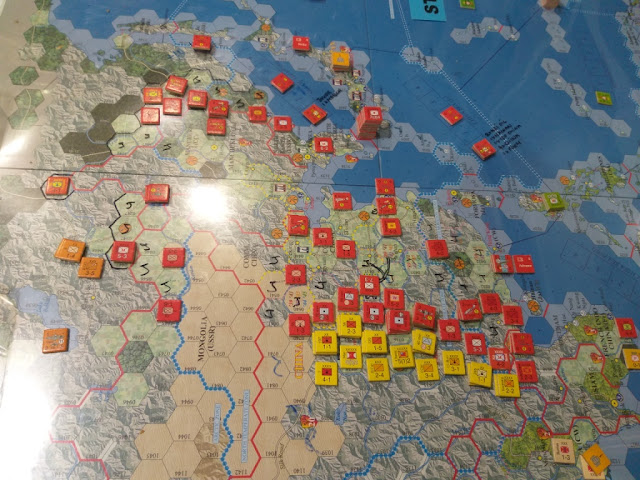 In the Far East, the USSR and Japan came to peace.
China feels a little more stable.
That 2-4 cavalry unit near the Red Chinese was put there in error,
it had to go to a city way over in the west of the country.

Bad, but it could have been worse.  There is a break of two weeks until play resumes.
Posted by Sun of York at 2:53 PM