For my last miniatures game of 2019 my usually triumphant Byzantines ran out of arrows.

Dave won the roll to be attacker,
but I won the role to decide who deployed first.
My two terrain choices had both been null,
so looking good. 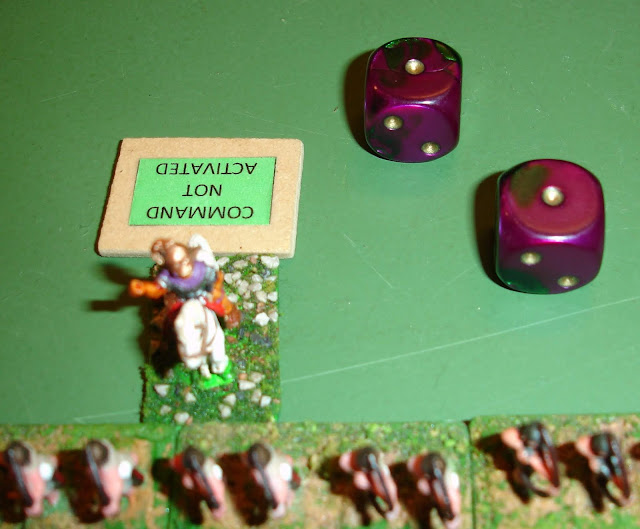 Game got off to a great start when Dave's CinC was downgraded.
Whoop!

Turn One archery was dismal. 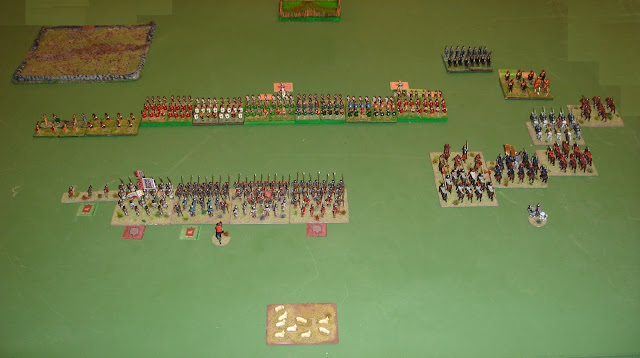 Turn Two archery was no better. 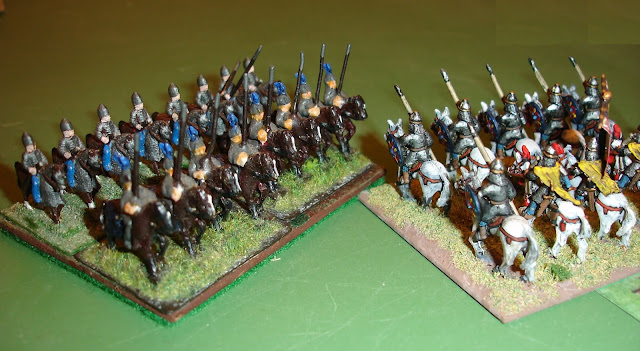 Roman cataphracts ride down some Byzantine light cavalry that had failed to evade.

Turn Three saw my Byzantine foot disordered while my cavalry just couldn't get a shot in. 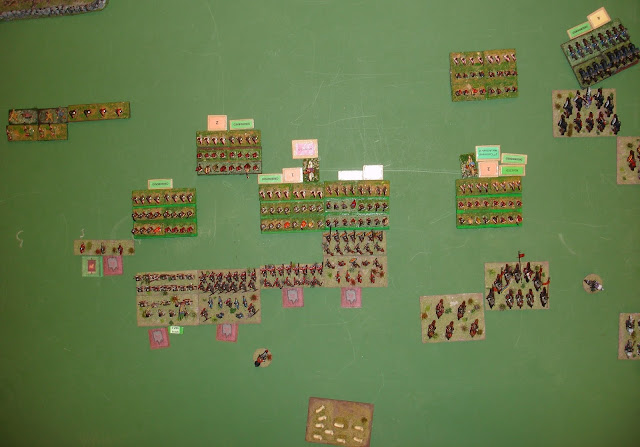 Turn Four.
My Byzantine foot is struggling,
and my cavalry is thinning out.
Nothing like rolling sixes for cohesion tests. 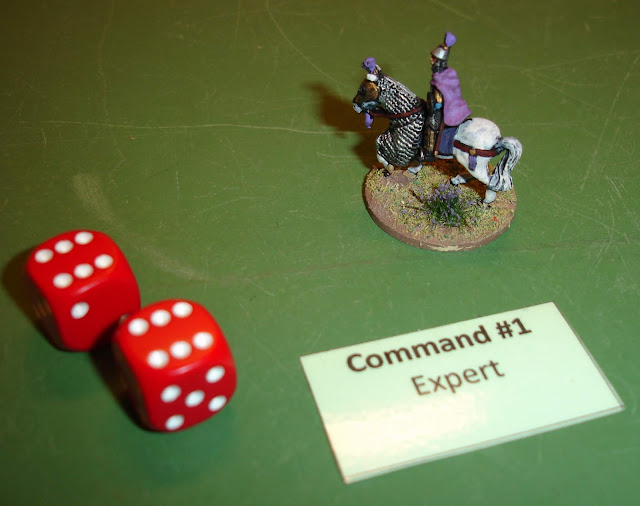 The Gods must be crazy.
My CinC is upgraded to Genius!
Ha Ha

Turn Five and it's all over.

Despite the ignominious loss, this was yet another great game of Impetus.  400 points seems just right for a club night.
Posted by Sun of York at 5:11 PM