To paraphrase Mr Eddie from Lost Highway, this is where the search for perfection and excessive freetime really pays off, or not.  Having been impressed by the Zvedza military kits some time ago I bought one of their aircraft.  I was hoping for something compatible with my Wings of Glory WW2 aircraft or at least something I could use to enhance my WW2 miniature games.  Regardless, I always had a soft spot for the JU 88 as it was an early Airfix model that I made and had around for many years.

Initially I constructed the Zvedza plane with undercarriage down and the props as they came in the kit.  Then I changed my mind and cut off the undercarriage and props.  Luckily this was before I painted the plane. 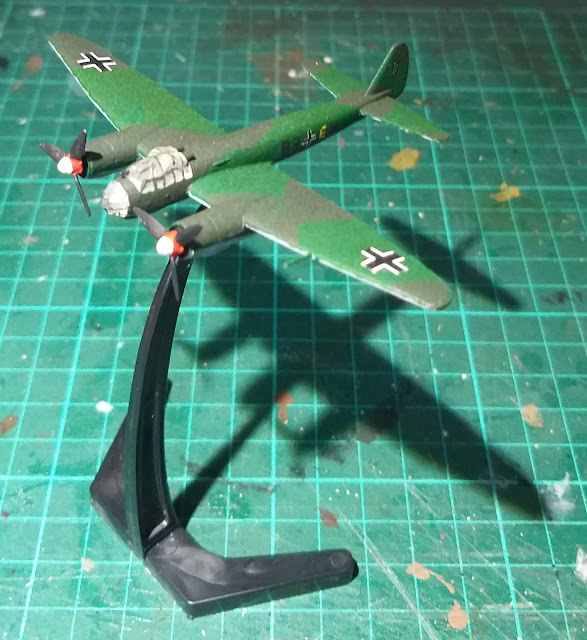 So here we see the plane with the 1/44th scale transfers on the top wing
(and to be seen on the bottom).
But this model is 1/200th -
I measured the wings, 10cm and the real plane had a wingspan of 20 metres.
Consequently the fuselage transfers just did not fit.

As with all the Zvedza models I have made they go together extremely well, but there always seems to be one fragile or extremely fiddly bit.  In the case of this model I broke the top radio antenna.  I could have replaced it, but yeah, nay. 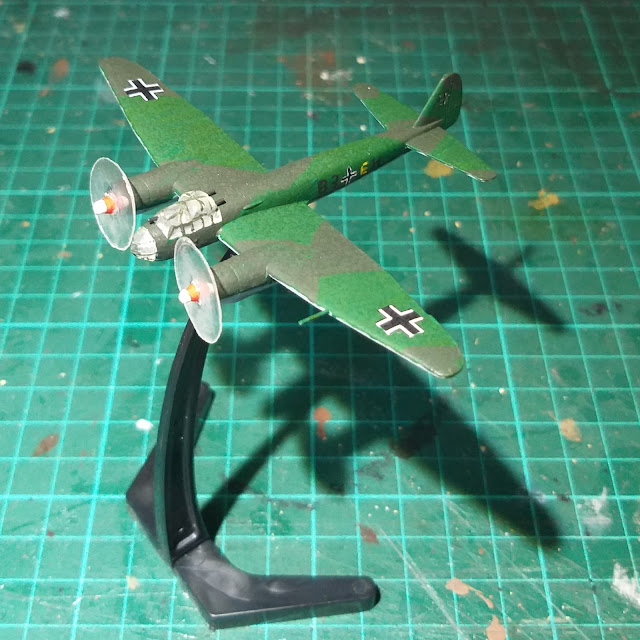 I thought I would be clever and make spinning discs to show the props in motion.
Fiddly trying to get the discs round as well as building up the nacelles.
. 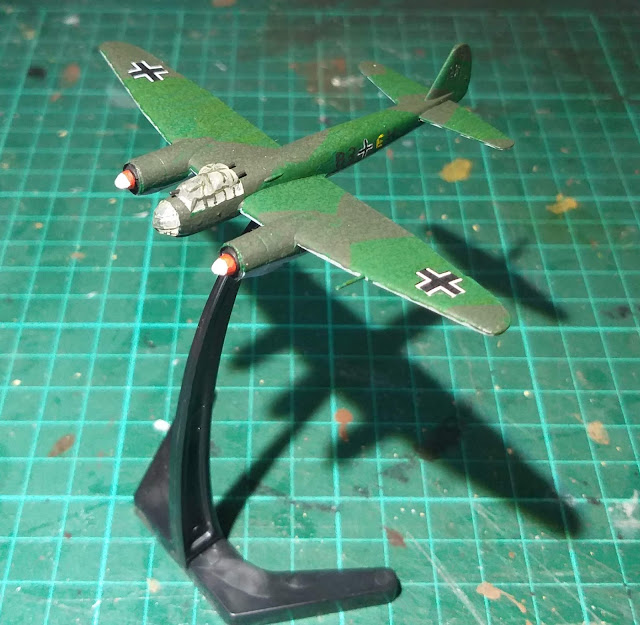 After a discussion with my friend Richard,
who knows a lot more about model aircraft aesthetics than I do,
bare nacelles is the way to go. 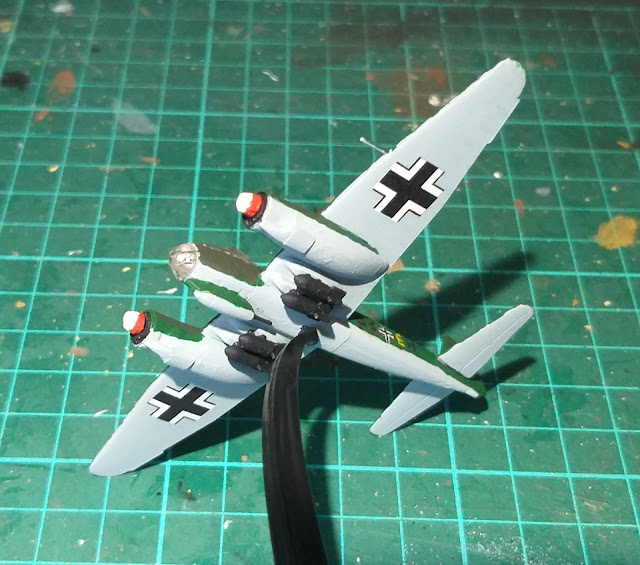 The nacelles were also hand built and the crosses look huge, but at least fit.
Trying to get a straight line was a challenge and this image really brings out the worst.
At least the varnish worked on the underside, if you look closely at the previous images the varnish on the top of the plane has a strange blistering affect. 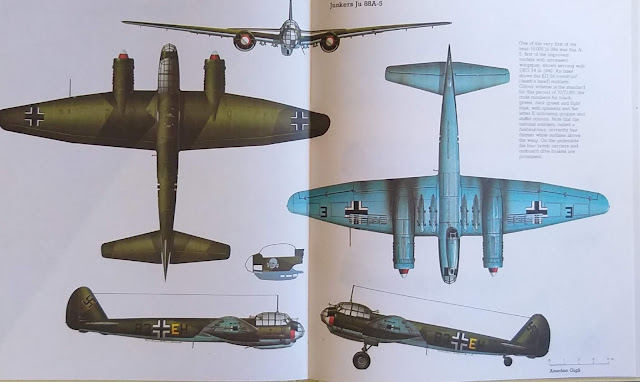 After all that indecision on the props,
I'm surprised I just didn't take full notice of the reference book I was using.
Doh!

Anyway, project complete.  Interesting exercise and much learnt.  Not sure I will do any more, unless I find myself using this in games.  It has also given me a new appreciation of my Wings of Glory planes.

The only thing I might still do is experiment with mounting on  a clear tube.  All three props are built up from pins and so are easy to swap in and out as prop depiction fashion changes.
Posted by Sun of York at 10:19 PM