November December 1939 and the weather is fine everywhere! 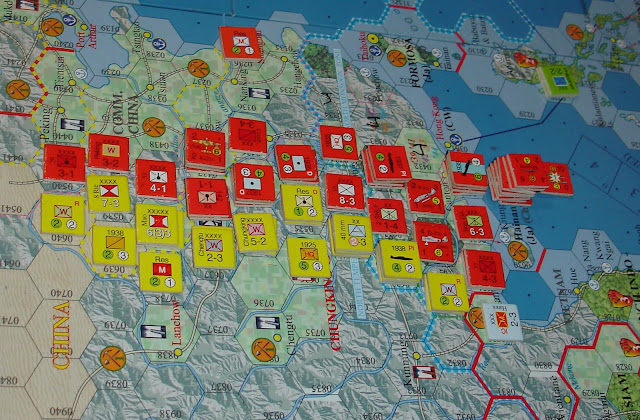 The Japanese launched a major offensive in China, burning Offensive Chits in the process.
Ouch.
I pulled the Chinese back and was saved from further attacks when the weather turned wet.
Phew! 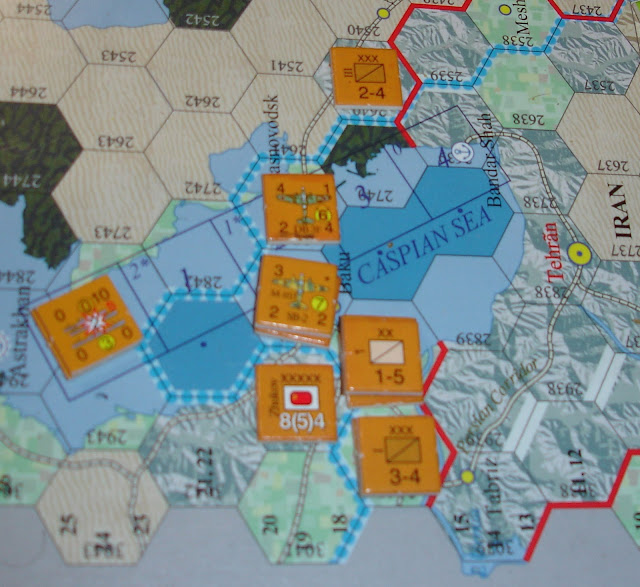 The Russians mass on the border with Iran but do nothing. 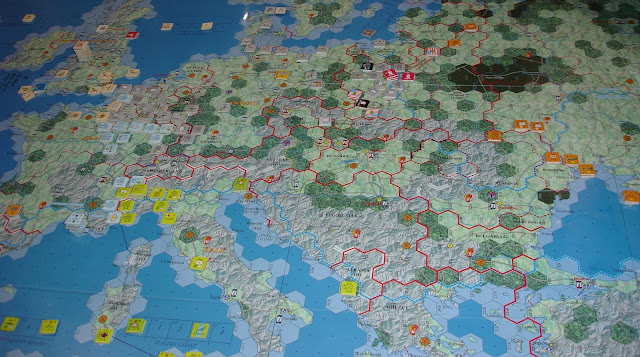 Italy has entered the war against France in what turned out to be a fiasco of sorts.
However the Germans achieved a breakthrough and are at the gates of Paris!
Then the weather turned bad.

We played two turns and after rolling weather for the next turn, called it a night.
And the weather will be...