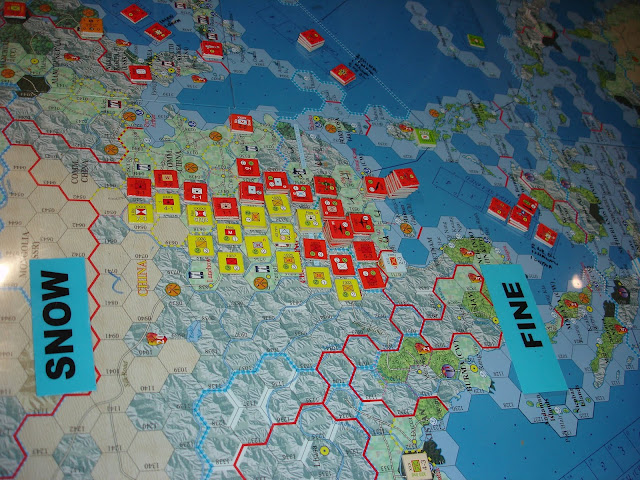 All the action is on the Chinese front.
The Japanese made numerous attacks,
but were unable to pull off any wins in the snow and blizzard conditions.
However the Chinese had give up ground,
but have managed to form a thin yellow line.


Forming a front by shuffling units is what the Chinese have to do.  It is risky as it means they generally get flipped leaving them vulnerable to attack.  The biggest risk I took was moving the HQ unit from Chunking, leaving that key city just protected by its AA defences.

The one success that the Japanese had was strategic bombing of Kunming, just when resources had started to arrive from the Commonwealth.

Elsewhere France is still holding on during this January/February 1940 turn.
Posted by Sun of York at 9:36 AM