This was a game in the quarterfinals for the NWS Impetus League.  The pressure is on.  Will my Burgundian Ordonnance prevail against the very nicely based Sassanids?

Pretty standard deployment,
both sides have their main commands headed by their genius commanders on their left. 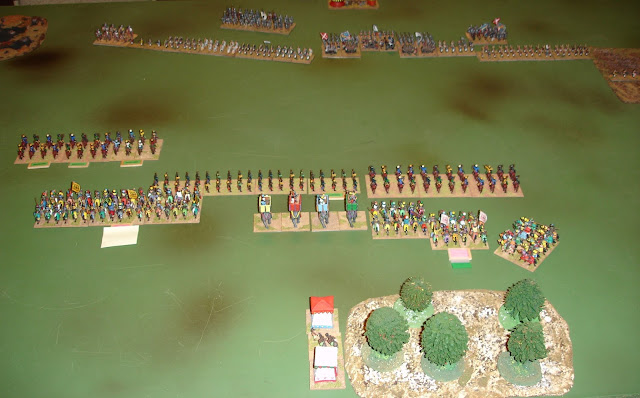 End of Turn One as seen from the side of Mark B's Sassanids. 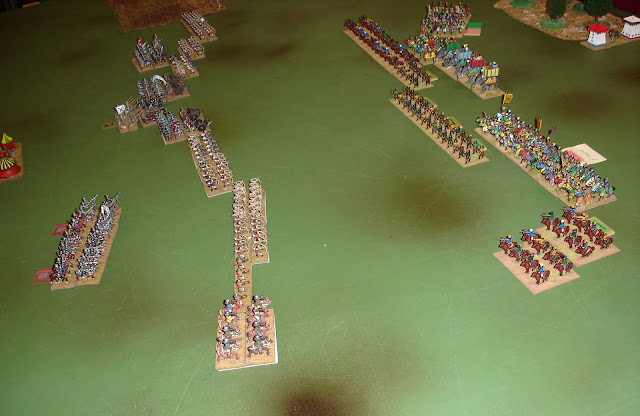 Turn Two and the Burgundians have already shot up and routed one unit of Sassanid horse archers. 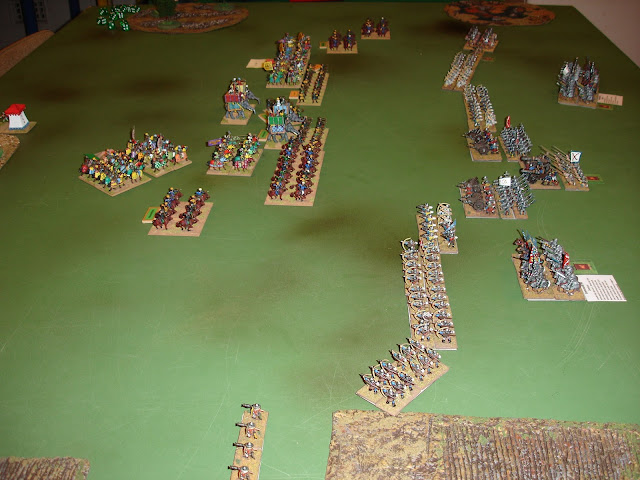 By the end of Turn Three the Sassanids are trying to mass against the Burgundian centre.
The Burgundian left is feeling target deprived.

Turn Four and the Burgundian mounted crossbowmen
who I was depending on to cover my right have been obliterated.
The battlefield is covered by a clouds of arrows. 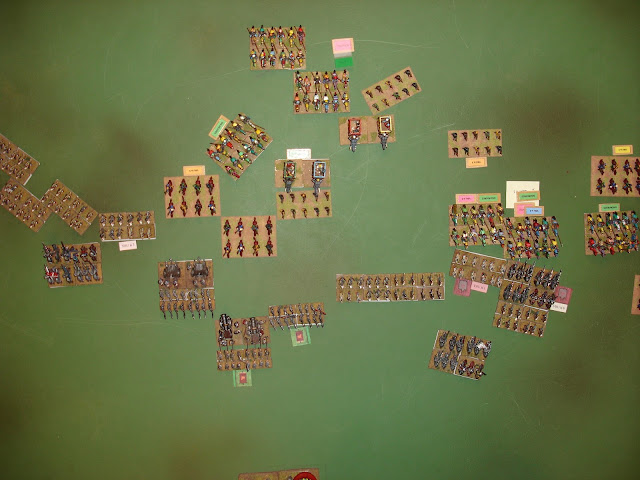 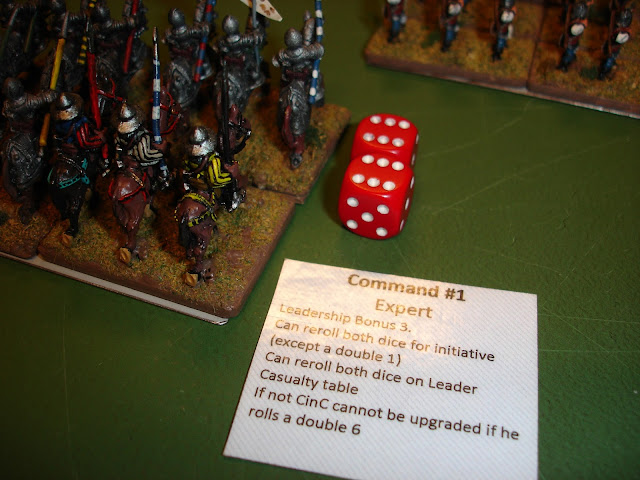 Turn Six and we have just seen what happens when elephants are panicked.  It is not nice...
However the Burgundian right is under extreme pressure.
On the Sassanid right their cavalry attempt a desperate charge. 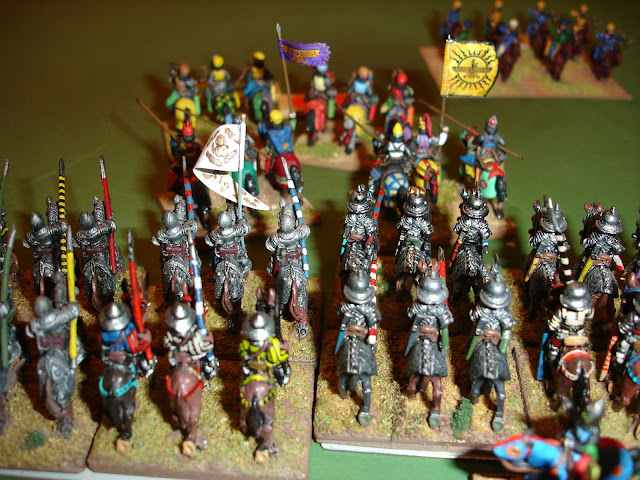 The Burgundian knights charge home and rout the Sassanid genius commander.
Game over as this breaks that command and their army. 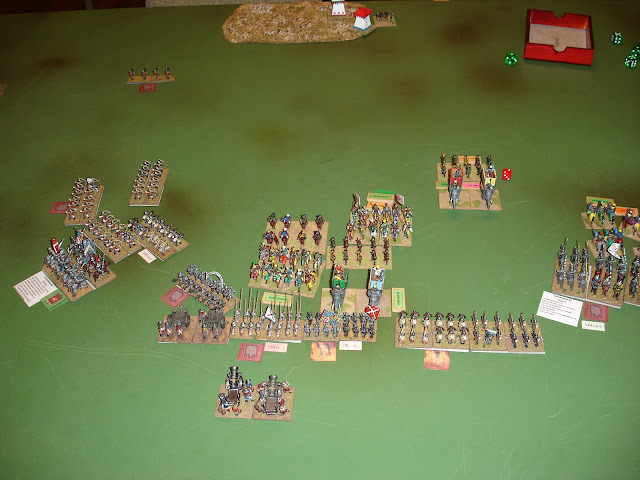 The Burgundian infantry has not performed well,
but critically they were able to hold on long enough.

The Burgundian longbow can be deadly.  While they had a number of misses, they had many hits and were able to mass their fire to deadly affect.  Certainly they were superior to the Sassanid short bow.  The Sassanid cavalry was also forced to take cover behind their archers and unable to get into a strong position to make a swift charge.

It was a very exciting game, especially towards the end as things developed quickly only to turn around just as quick due to adverse outcomes for both sides.  We had melees bogging down, melees producing no results, lucky shots routing units, massed shots - I threw four sixes in one four dice throw - and Mark B then threw a 1 in his cohesion test, Hands of Fate reversing outcomes (for the Sassanids), or getting exactly the same result for the Burgundians.
Posted by Sun of York at 11:40 AM