Darren, who also provided the ships and terrain, devised this scenario.  He went British and Stephen N and myself went the French.  Information on the actual battle can be found here.

The It's Warm Work rules are simple, but elegant. 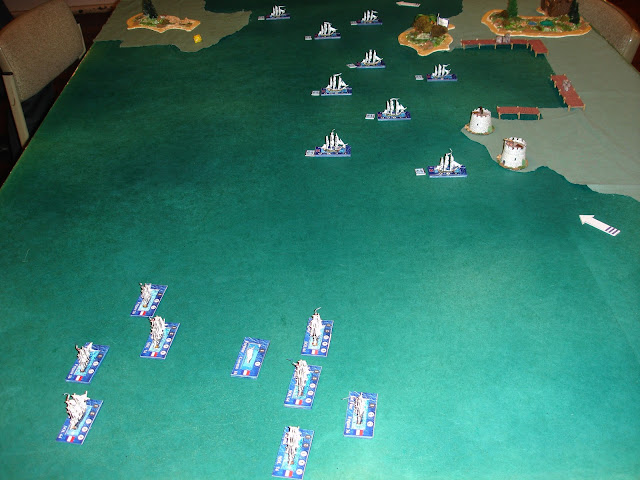 Set up.
The British fleet is at harbour reprovisioning.
The French fleet were heading there with the same idea,
but now see an opportunity to attack. 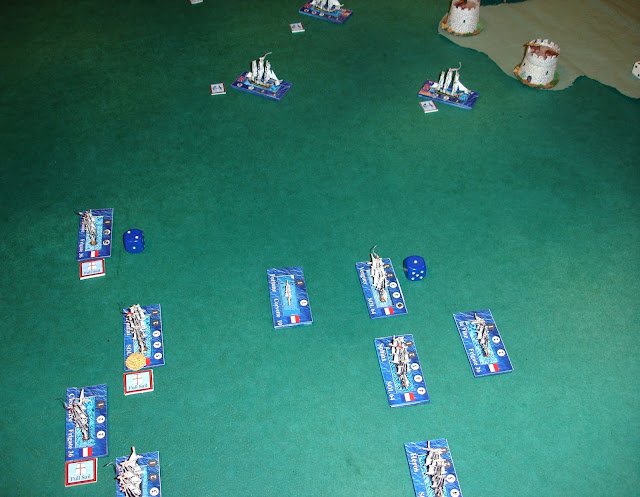 The British get in some lucky shots.
Stephen has started his French ships (on the left) at full sail. 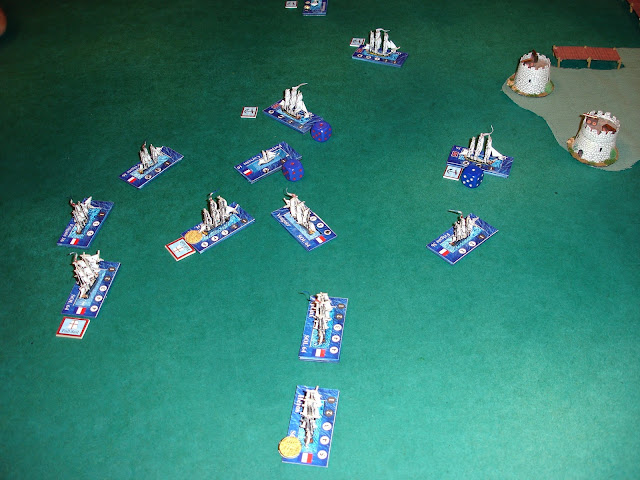 By the end of the second turn the French have started to get some shots in as well.
Note the dice are just for the photos to show which ships have been hit.
The British are still trying to get their crews back and are still at anchor. 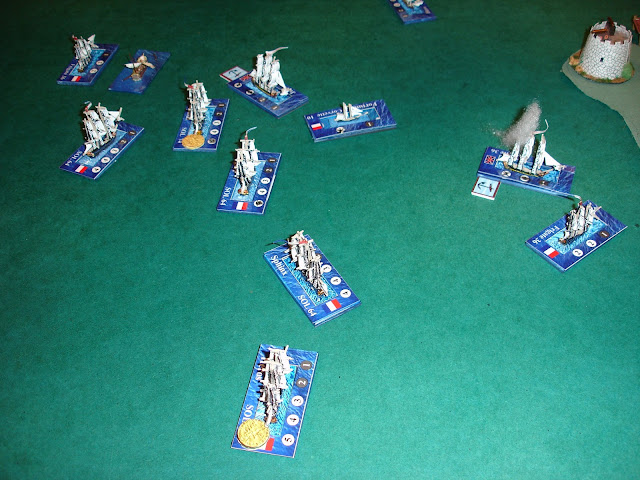 After turn three (representing an hour in game time)
both sides have lost a ship. 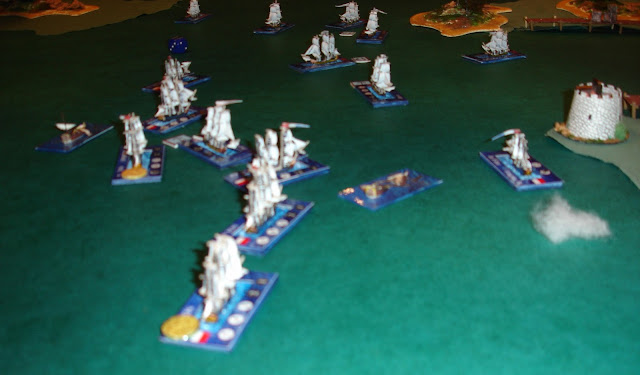 The next turn sees a general engagement and two more ships lost.
The battle is still even. 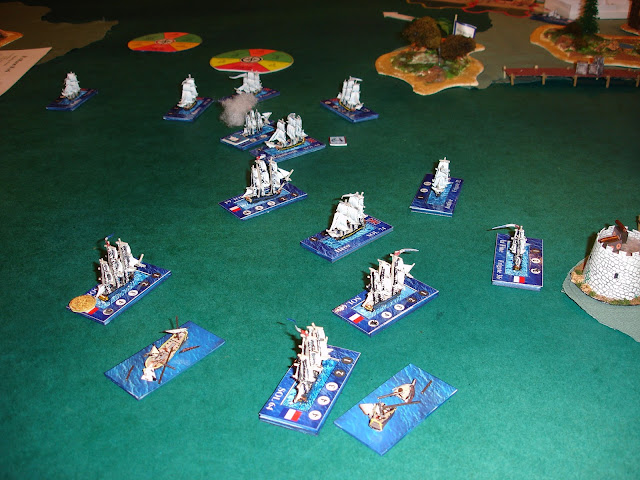 Most British ships have recovered their crews and are heading into action.
Darren needs to make some more shipwrecks.
Note the wind direction movement wheels.
Also, the harbour defences are just for show (it is a neutral harbour). 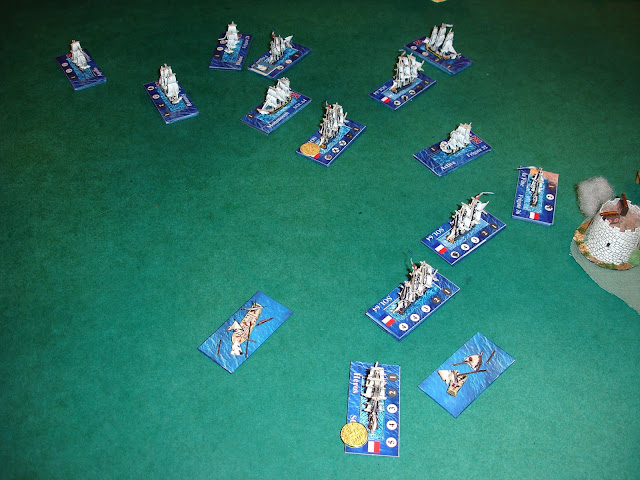 Stephen's French ships are in trouble, but losses continue to be balanced.
However the British ships have mistakenly turned into the wind
and we didn't immediately pick this up. 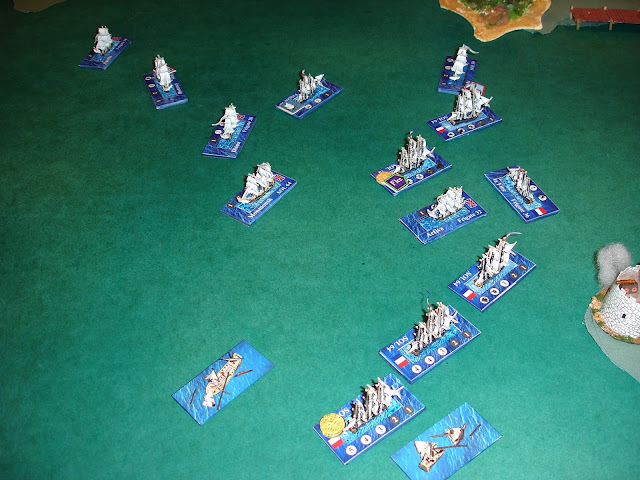 The nefarious British are getting the upper hand, but as it is getting late, we decided a rain squall blew up and ended the game.

The rules worked well as did the scenario.  Action developed quickly and was constant.  I'm certainly looking forward to more play.
Posted by Sun of York at 9:59 PM