Well, strategic cycle 2/64 got off to a good start with the reduction of the fortress protecting New Orleans. 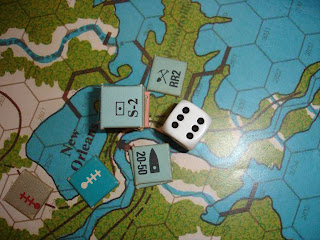 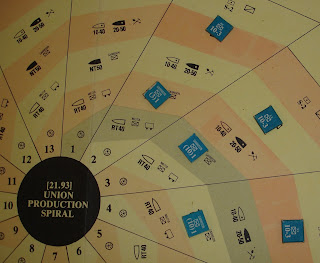 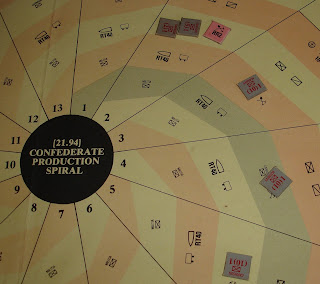 Same for the Confederates. 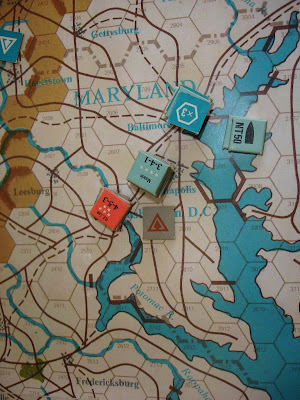 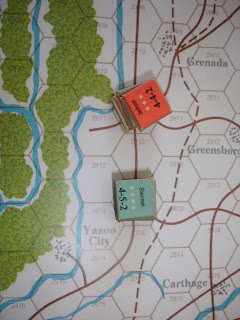 Pity, as Sherman had just about made it to Yazoo City.

For the last two turns the initiative chits for the Union had been 2, 2 against a steady 3 for the Confederates.  Not getting the 4 chit meant Meade lost a chance to attack before Lee was reinforced.  Once Lee had taken the fortress, nothing was going to shift him, or the massive 50 political points he received.  Losses were 10 for the Union and 14 for the Confederates.

Lots to think about.  I hadn't used the Union navy to help with defence or attack and that might have cost me a bit.  Anyway, now to look at the 2016 rules and the Vassal module.