For Xmas I received some Fantassin Prussians, mainly grenadiers; so far two done and thirty six to go.  I am thinking of using paper flags for the two units I am building which will be something different and basically a first for me. 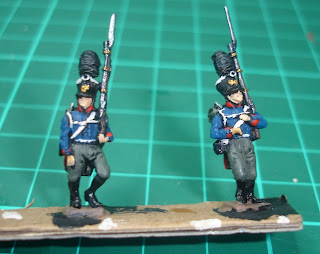 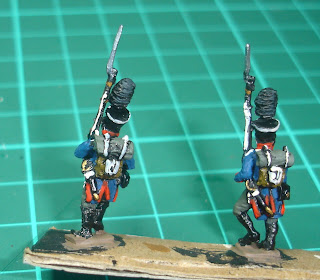 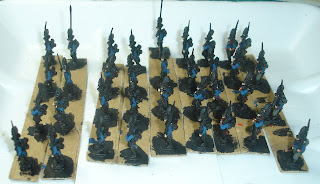 I am also working on some “deads” (these are Fantassin) and commanders (Old Glory), including the special Blucher command stand(s) for Napoleon’s battles. 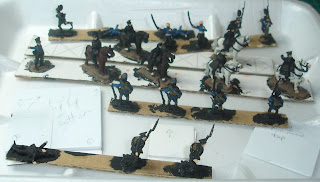 Along with the “deads” I have been experimenting with some ways of doing unit status markers using some beading materials, but it is still early days.  This is another area where I want to try paper flags – have colour printer, not afraid to use it! 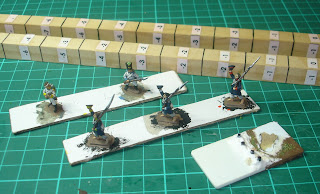 There are still three Battle Honours Prussian units underway from 2011. 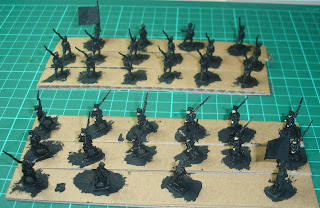 Plus some Old Glory Prussians from last year. 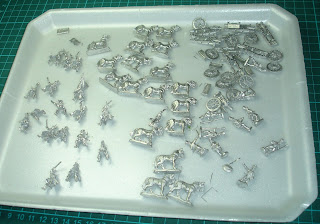 Finally there are the 25mm Hinchcliffe French I want to do for skirmish using Songs of Drums and Shakos. 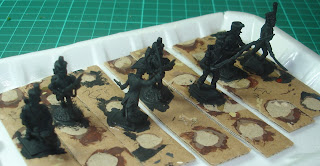 Email ThisBlogThis!Share to TwitterShare to FacebookShare to Pinterest
Labels: Napoleonic