More bocage, a field and a lone Highlander

Around Christmas I completed 2.4 metres of bocage.  It doesn’t go very far and so i plan to do another 2.4 metres. 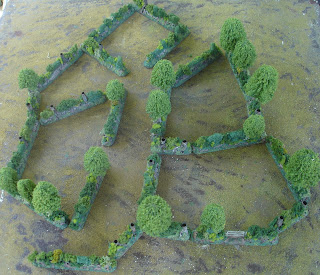 I wasn’t happy with the photo, realising I needed some fields so I had a bit of the cardboard that comes with boxed chocolates in my terrain box and decided to fix that up.  Of course it warped when I glued it to a solid piece of cardboard, but I was ready for that and after a bit of bending I smeared glue on the bottom side and that seems to have fixed it. 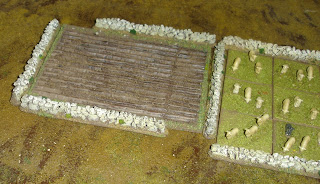 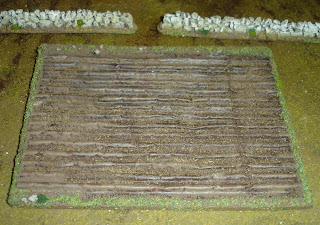 While I was doing the bocage I also made up some stone walls (kitty litter glued onto a pop stick) and these, along with the sheep (six bases which I used for my DBM/DBA camps) pretending to be another field (maybe a meadow) are featured in the photos.


Recently I had read a post about a flaw with the mounted officer in the Airfix Napoleonic Highlanders set.  The rear belt is not moulded on the figure.  As I didn’t recall this I dug up the figure I had painted and sure enough, I had painted on the belt to cover up.  I painted this figure in the early 1970s (forty years ago) so no wonder I didn’t remember the flaw.  I was just glad to see I had compensated for it.


Anyway, here he is, front and back, lost somewhere in the bocage in France. 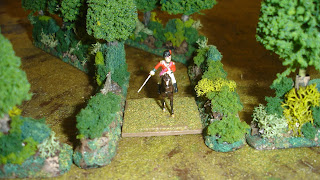 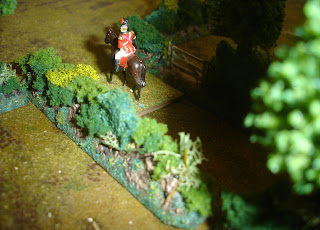