The chit draw activation for units and certain events creates a wonderful tension in this elegant game.  The CRT is straightforward with terrain, principally cities and towns, nullifying some of the results.  A one against city will produce a null result regardless of the odds, while a six is normally a win (units take losses and/or retreat).  With infantry having a movement allowance of 3 and it costing one to enter or leave an enemy ZoC, once committed it is hard to change the axis of attack. 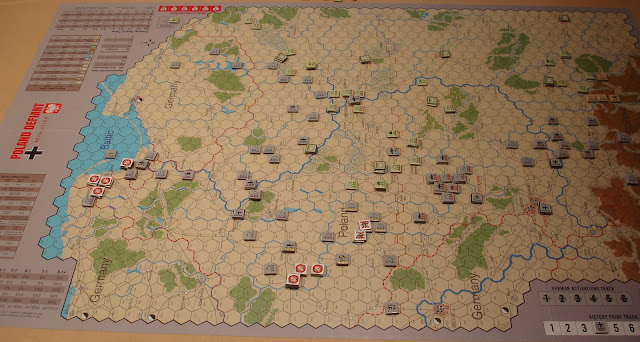 At the end of Day 6
The Southern most (RHS of the image) army has a way to go to get to its next objective.
But it is the 10th Army (the one in the middle with the red stripe)
that will decide the game. 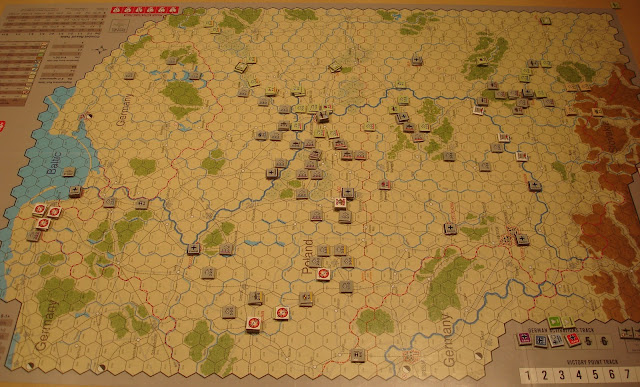 Game Over!
The Germans had a few lucky chit pulls, but the main clincher was the one and only random event
that gave the Germans a free move for two units. This allowed them to grab one vacant city
and move up another unit that was able to participate in a successful attack on another city.

This game would play really well solitaire, pity I couldn't find a Vassal module for it.