But first the cloudy morning turn 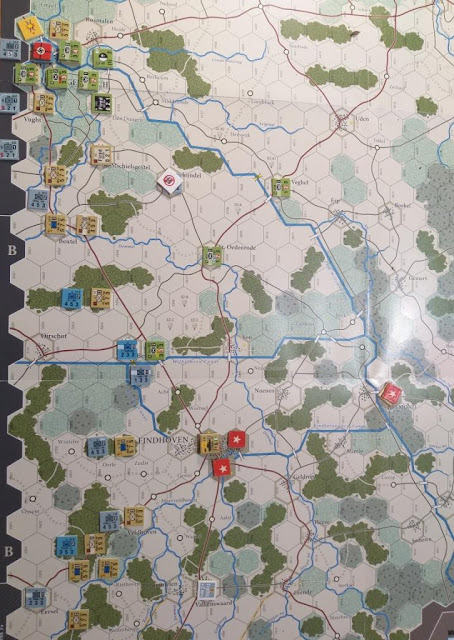 The Allied left flank.
There at least is a German presence.
The Germans hold one VP, the Allies 4. 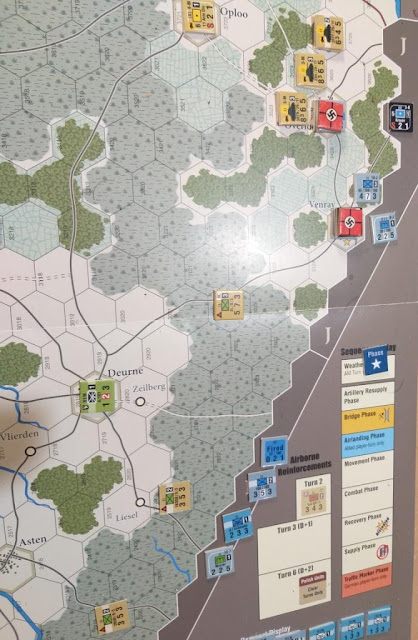 The Allied right flank.
The Germans have just made a surgical strike
and with extreme luck, took out a US paratroop.
The Germans hold 2 VP locations. 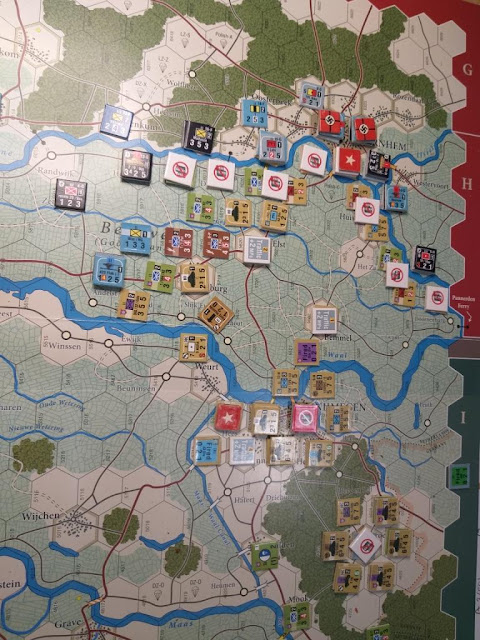 Where it matters.
It is a race against time for the Allies to take Nijmegen.
The Germans hold 3 VPs and the Allies 2.

Then the clear weather afternoon turn. 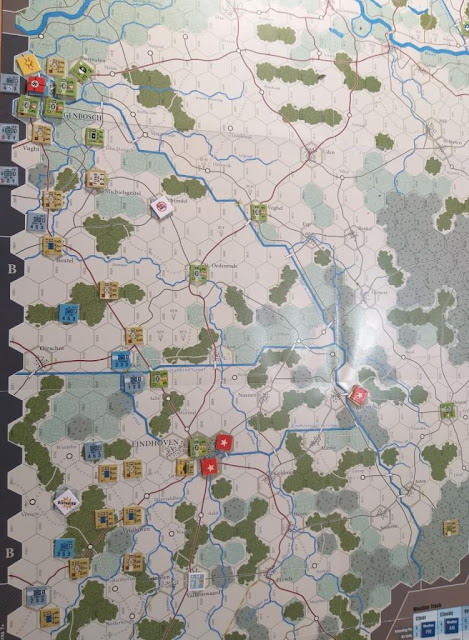 Not much happens on the left. 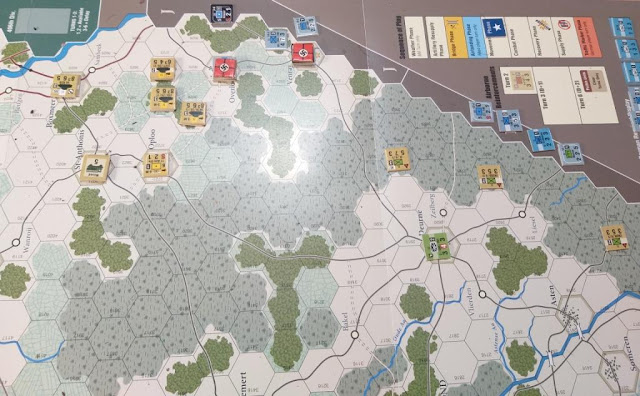 Or the right.
For the Germans to get another kill they would need to get a two step loss on a unit.
Not going to happen as the most you can inflict in one attack is one step
(unless the unit is surround etc). 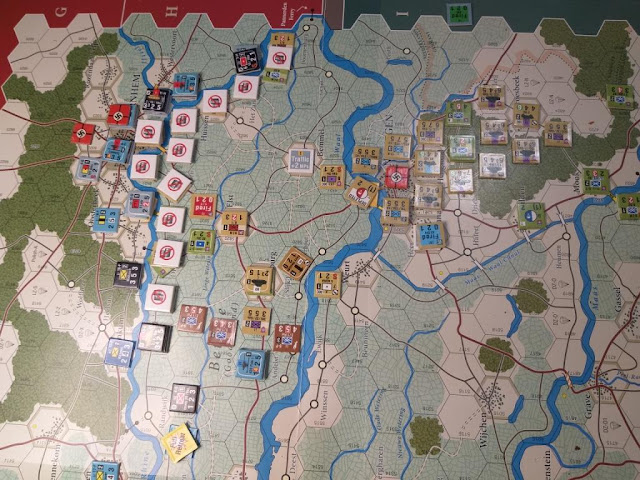 Disaster for the Germans!
The Nijmegen garrison takes casualties in the attack
and then is wiped out in a determined defence.
This was in the penultimate turn. 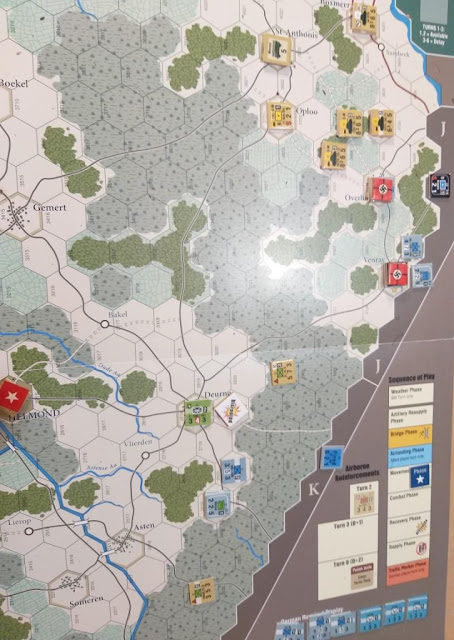 The Germans at least attack on the right. 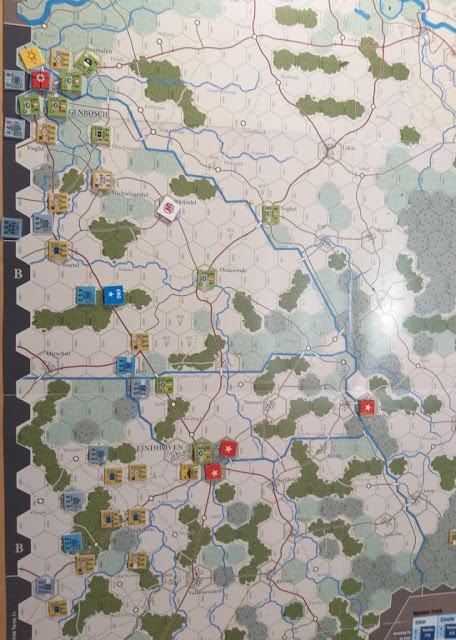 And on the left. 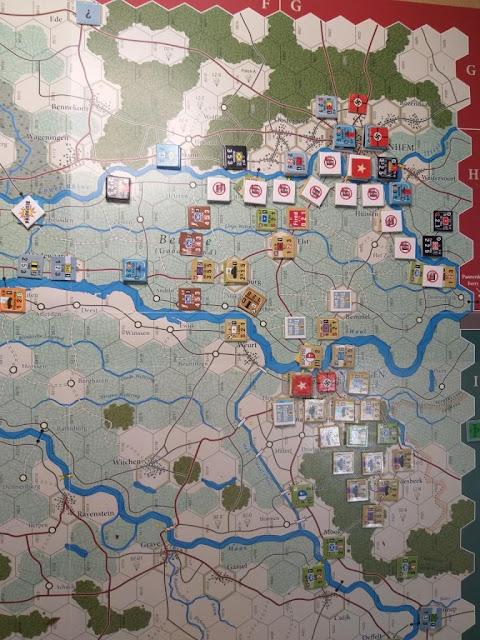 But the Allies are now clear to get supply into Arnhem.
Stacking is 9 steps and so Arnhem is home to one 3 step paratroop unit
and three 2 step non paratroop units.
The Allies hold 7 VP locations.

There are three in supply non paratroop units across the Rhine gives the Allies another 3 VPs.
Automatic victory for the Allies is 10 VPs.
The Germans only get VPs for destroyed Allied units and had 8 VPs, but given the Allies had achieved an automatic victory, that doesn't count.
Nijmegen was the key, but the trick was breaking down units so they could all fit into that one hex of  Arnhem held by the Allies.
Excellent game.