In the NWS Impetus League semi-finals, my Burgundians faced Richard's French.  Given the preponderance of Swiss Class A Fast Pike on the French side it was almost an historical encounter.  The pressure was on!

My army deployed.  I went defender as I wanted to clutter up the front with some terrain.
It didn't quite work out as I wanted it.  The disadvantage was then having to deploy first. 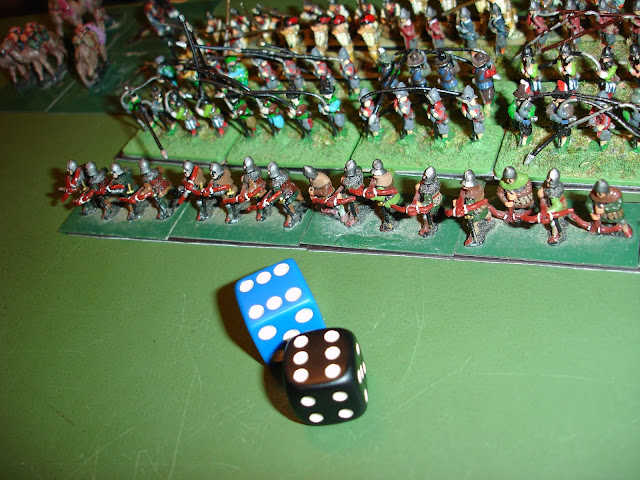 Oh dear.  First activation role and the enemy commander gets to lock in his genius status.
Richard was the winner of last year's competition. 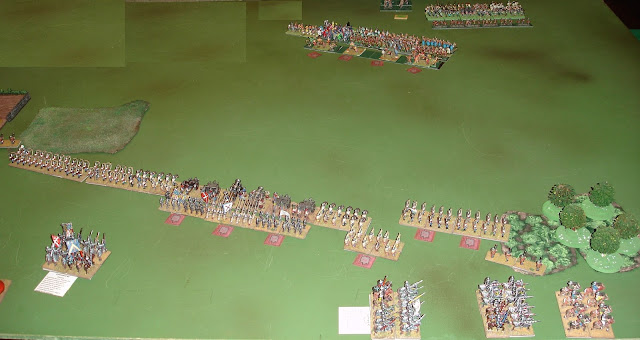 End of first turn.
It was going to be a slow and careful game... 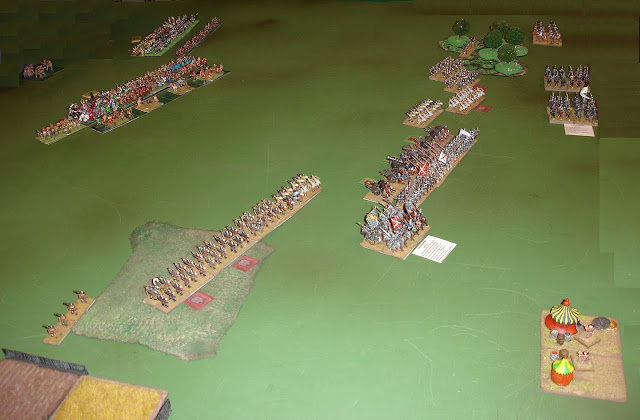 Turn Three.
I discover that my artillery and crossbowmen will be unable to fire effectively on the enemy artillery. 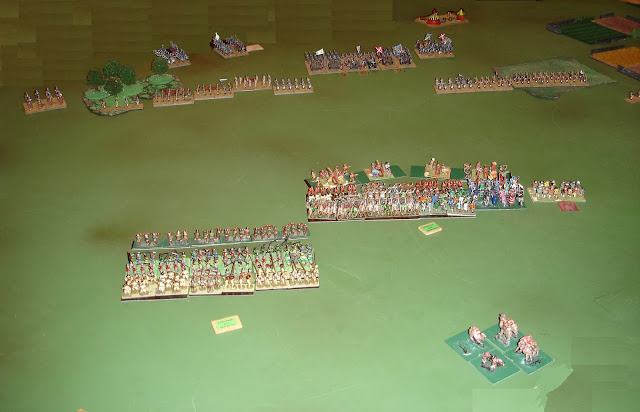 Turn Four.
There is still much distance to go.

Turn five.
I start to pull my crossbowmen back, putting my faith in the longbow. 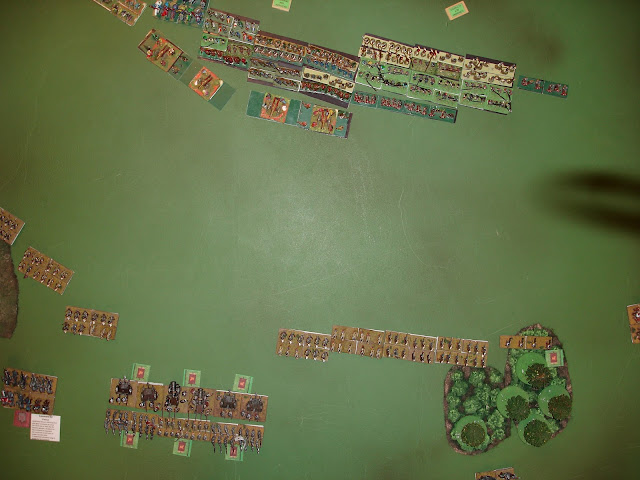 Turn six.
Normally something would have happened by now... 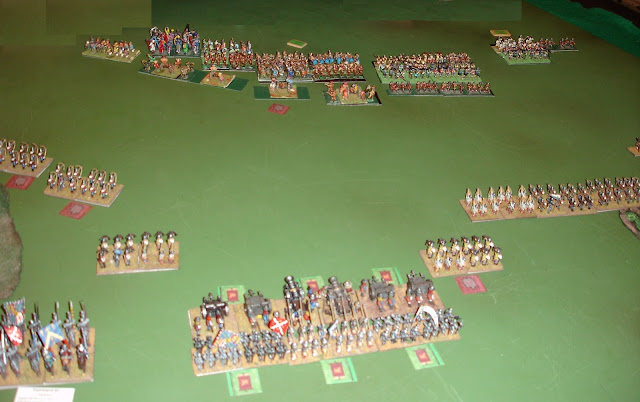 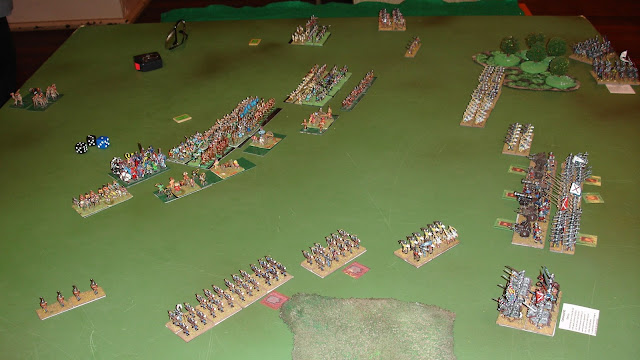 Turn eight.
I have pushed my hand gun armed skirmishers out on both flanks. 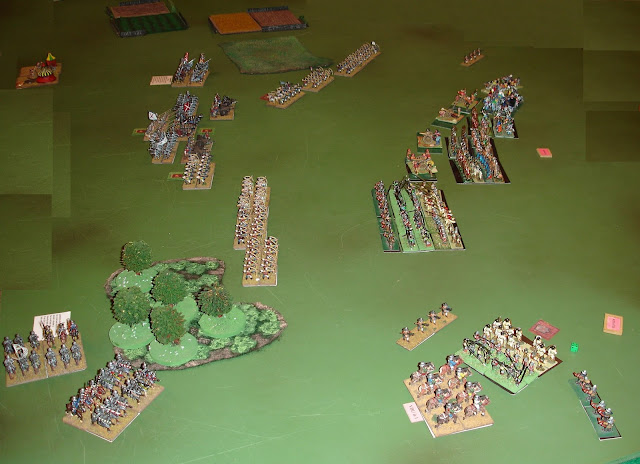 Turn nine.
Action on my right.
A Swiss pike block has peeled off and roughly handled my mounted crossbowmen. 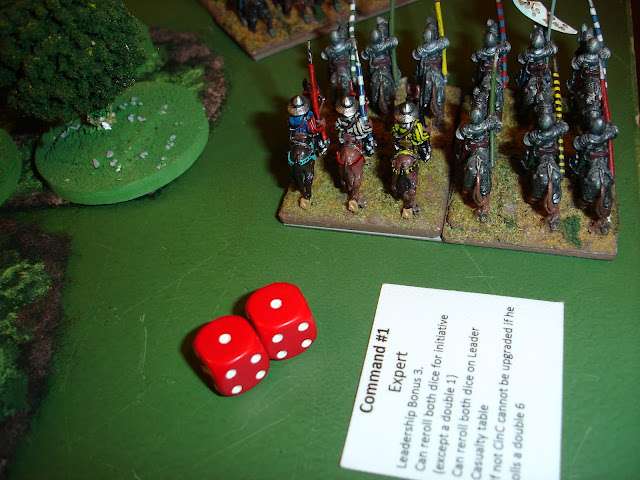 Bad omen.  My right flank commander is downgraded (to fair). 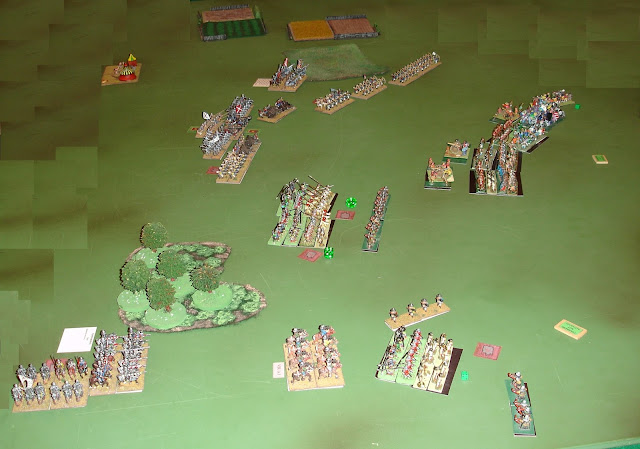 Turn ten.
The Swiss pike shatter my longbow.
Will my knights be able to get round the flank? 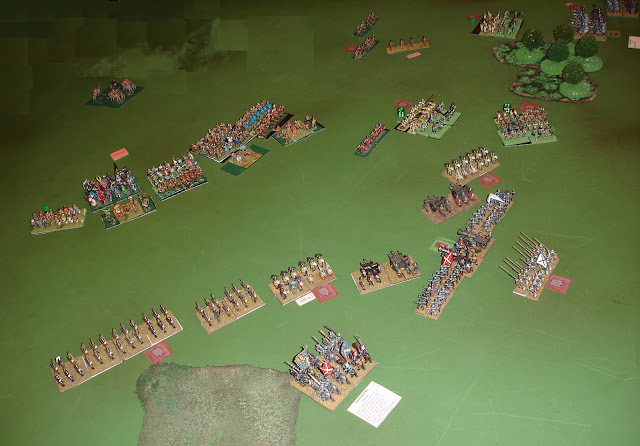 Turn eleven.
Progress on my left has been disappointing.
Meanwhile on my right the Swiss are carrying all before them, 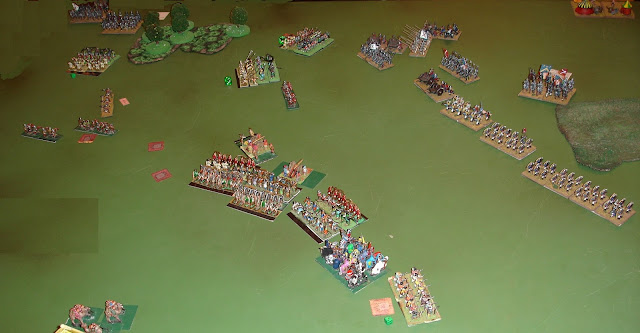 Turn twelve.
Well, we fought well, but my right flank has broken before I could get the knights in.

It was getting late and as my prospects were not looking good, I was happy to conceed.
Posted by Sun of York at 5:42 PM