On Sunday in what is a first for me I had a game of Impetus in which both armies were from my collection.  I ran my Burgundians against my Mark B and Stephen N who took command of the Macedonians.  There are 1,000 years between these armies so it was going to be interesting.

We played with a different terrain set up to usual and on a longer table.  We were testing out some new hills that ended up having a quiet an unplanned effect on the game.

The Macedonians sheltering behind the ridge.  I think they were channeling Wellington.

The Burgundians ready to open fire. 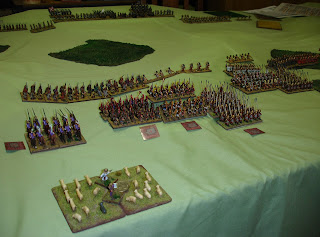 And on the first move the Macedonians choose disorder.
(Result of shuffling sideways - we had a bit too much terrain on the table) 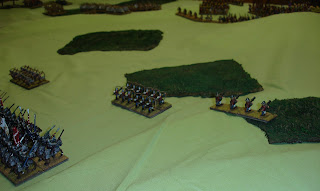 I became concerned for my right flank, as while I have two very powerful units of knights stationed there, it looked like over half the enemy army might be heading for them. 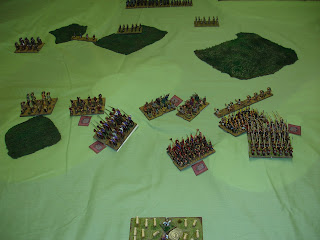 Did I say the Macedonians were disordered?
Not helped by slipping and a sliding on the slopes. 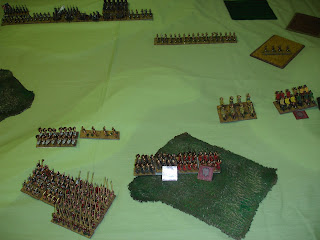 The Macedonian right advancing, perhaps a tad too fast with their cavalry. 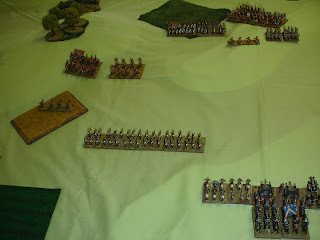 Burgundian archers are ready to greet the rash Macedonian cavalry 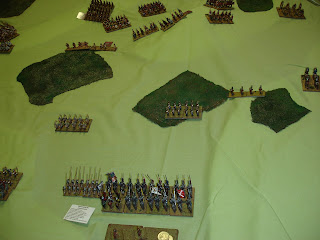 Back on my right and the Macedonians seem to be keeping their distance. 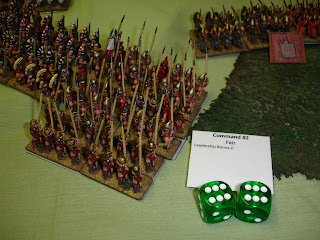 Stephen's command gets a boost.  We're all experts now.
(Well my CinC is charismatic, but he's modest). 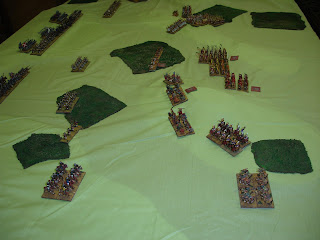 The main Burgundian force has stayed put, but a screen has been pushed forward
and is just about to get in range. 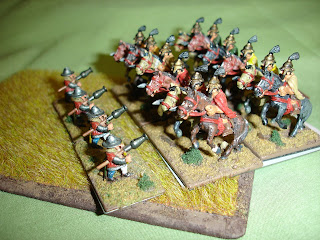 The Thessalian cavalry charges and just doesn't make it... 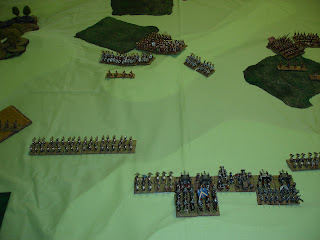 The Macedonian centre is coming under bombardment.
Their right wing cavalry has routed after a few volleys from the archers. 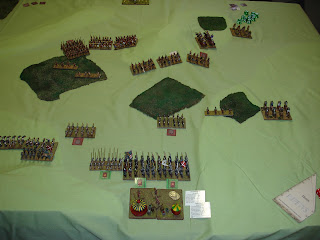 Still a good distance between us on my right. 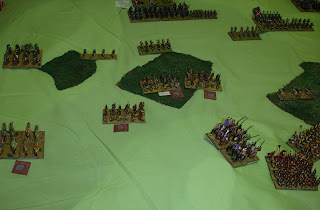 My right as seen from their left.
Looks a bit congested for their heavy foot and cavalry. 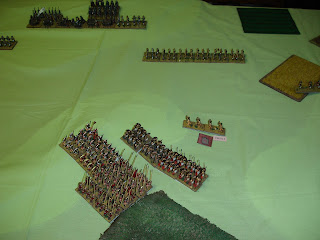 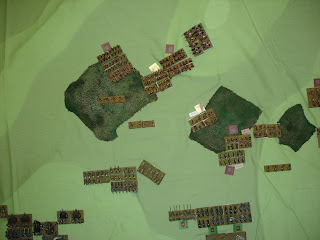 Bird's eye view of one half of the battlefield.
The two sides have finally clashed.
The Left wing Macedonian pike block is maneuvering through the brindi patch. 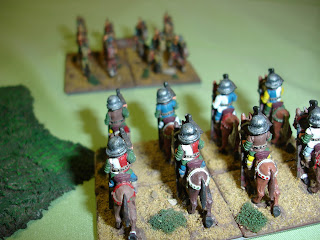 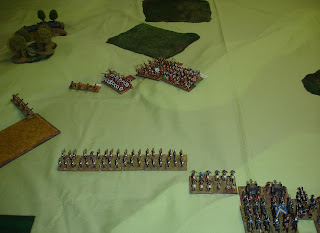 Most of the Peltast screening the Macedonian right have now been eliminated. 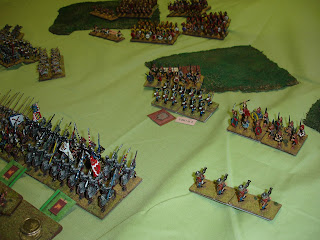 The Thracians have broken through... 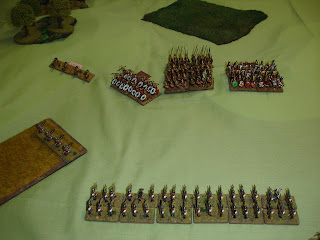 The Macedonian right about to run the gauntlet. 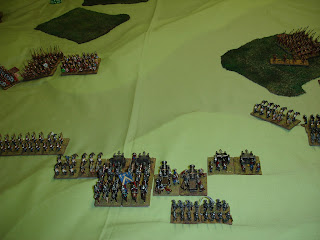 The Burgundian centre starts to move. 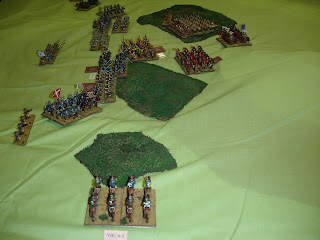 On my right the Thracians have been eliminated. 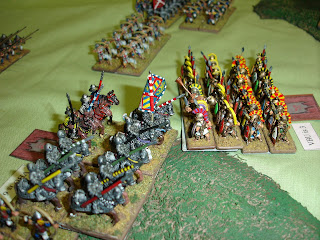 Only now my CinC is stuck in combat against some mercenary Hoplites. 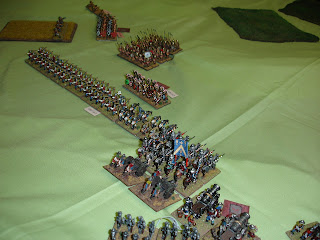 The enemy attack on my left by their Hoplites is a failure. 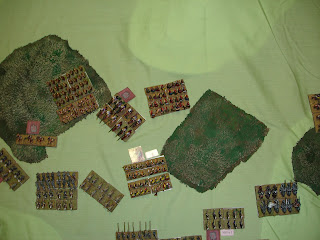 It is tricky on the right, but my CinC managed to disengage. 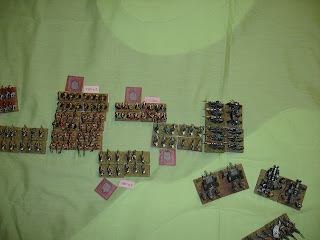 On the left the Macedonian pike have broken through,
but my knights are in position. 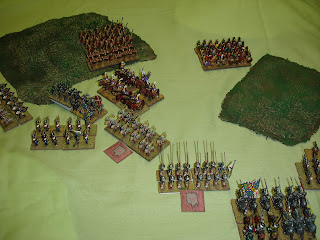 Further combat on the right does not go well for the Greeks. 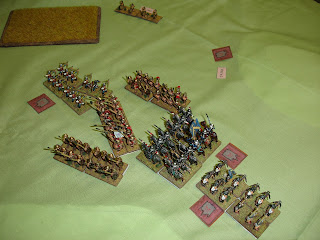 And on the left the pike block is shattered by my knights.
(must check that sideways interpenetration is not prohibited/restricted -
the knights had to charge through the crossbowmen).

Amazing to see both my armies in action on the one table.