That Battle of Ottignies Again

Last night at the NWS I umpired my small Napoleon's Battles game for another two players new to the rules; all part of the prep work for running Waterloo next year.

Stephen B took the Prussians to victory against Simon C who took the French close to victory on two or more occasions, but just couldn't make it.

Only two pictures as I was too busy umpiring. 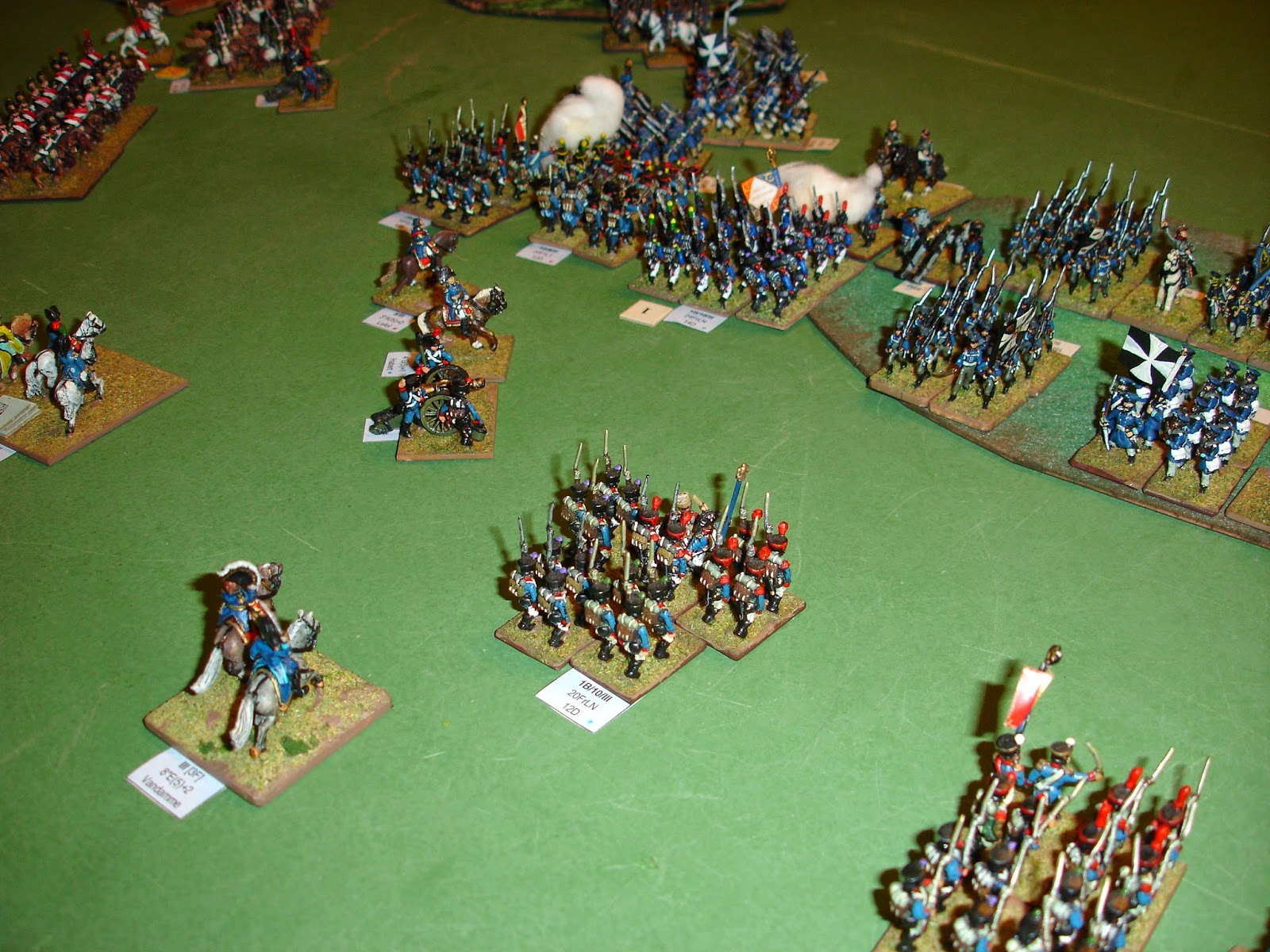 Both sides deployed with their respective cavalry forces on their left flanks and consequently there was no cavalry versus cavalry action.  The Prussians made an early grab for the slope and their right flank came under a furious attack from the French.  The French artillery was well handled, but didn't have a significant impact. 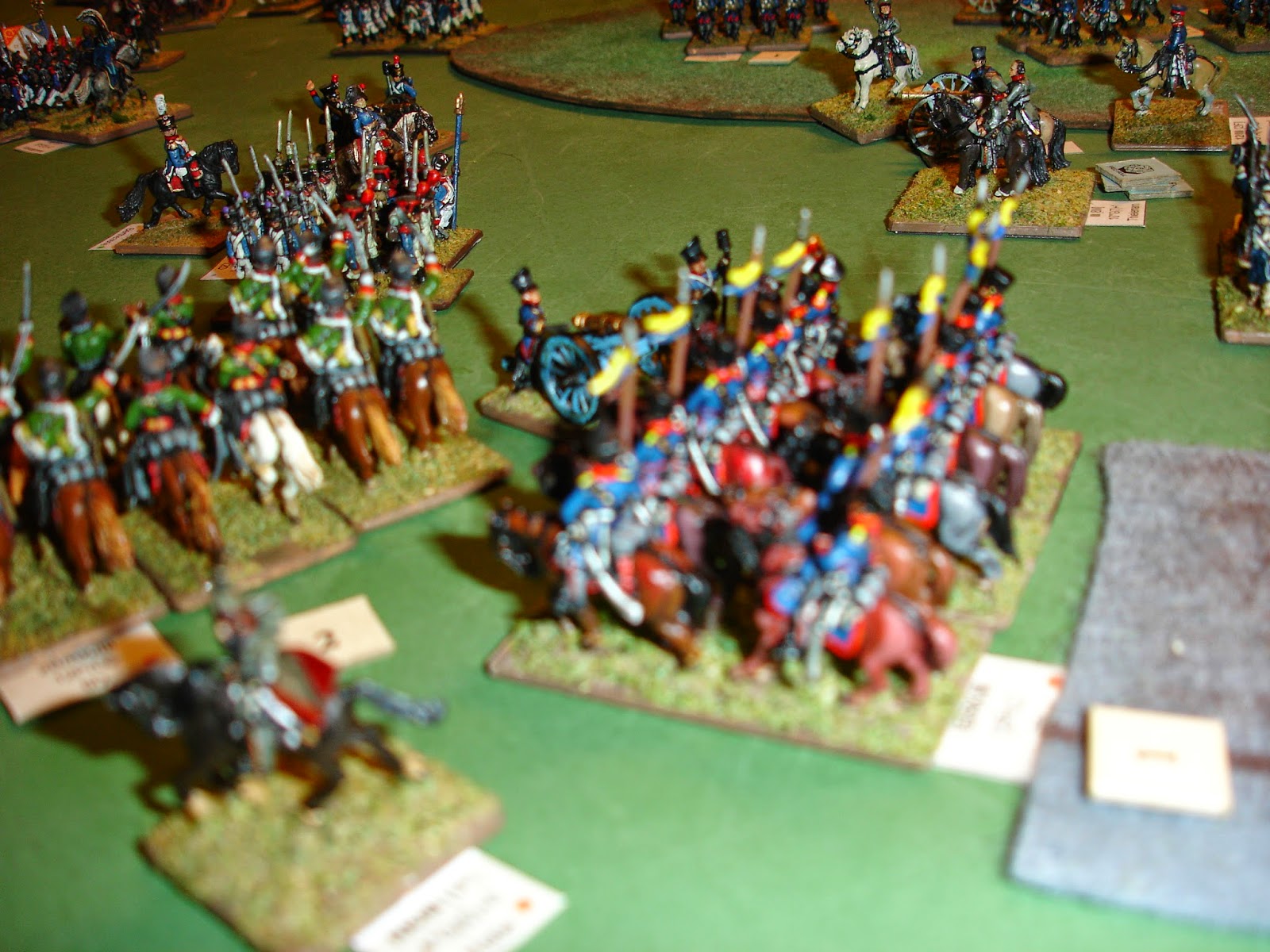 After some desperate fighting the Prussians retained the rise and their cavalry moved down and through the village of Ottignies.  The Prussian army was close to its morale breaking after a very successful charge by the French cavalry ran down a large number of routed troops.  At this stage the Prussian still had his three free roll markers.  One was later used to successfully reverse an outcome that might have given the French victory.

Vandamme and Grouchy were both busy rallying the French III Corps, but eventually it was exhausted.  Only Exelman's cavalry remained and they were not enough to retake the village, so the Emperor was left saying "Where is Grouchy?"

We got through four turns this time in about three hours, but there was lots of socialising.