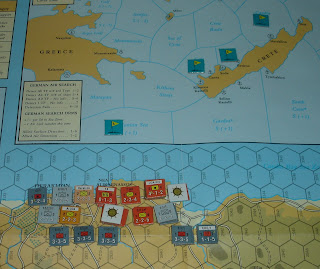 The Germans plan to drop some more paratroops around Retimo, air land troops at Maleme while trying to cut off the NZ forces from Suda, send the Luftwaffe after the Royal Navy and hang on around Heraklion.
Posted by Sun of York at 7:51 AM