This was a special practice game for Dave and I to acquaint ourselves with the Basic Impetus 2.0 rules for the our club's league tournament (Hint: we both made it to the semifinals).

After my last game facing 100 Years War English, this was going to be an interesting game. 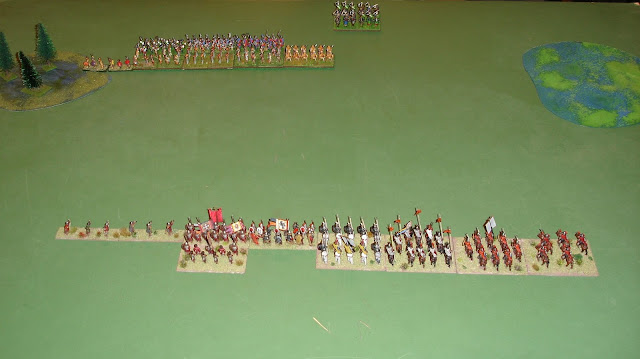 Deployment.
Despite Dave winning the roll, the Basic Impetus deployment sequence with favoured my army.

Starting with Turn 1, Dave continually gets the initiative.
Both armies start advancing.

Turn 2 and my legion had to stop to rally after taking fire.

Turn 3 and it looks like my cavalry has the English knights at a distinct disadvantage.

Turn 4 and my cavalry are starting to delivery a steady stream of arrows into the English knights.
The English Men-at-Arms have passed through their archers. 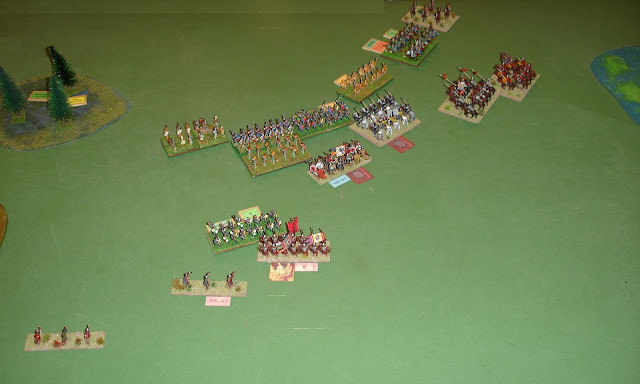 Turn 5 and it was on!
My legion suffers, but the Varangians and the Kataphraktoi (on the grey horses) do good. 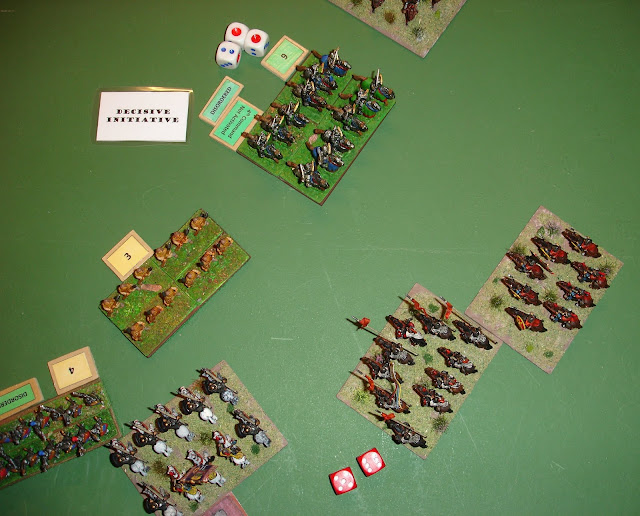 Dave decided he needed to go first and played his Ace in the Hole - Decisive Initiative.
He got to roll three dice to my two.
It didn't turn out as he expected. 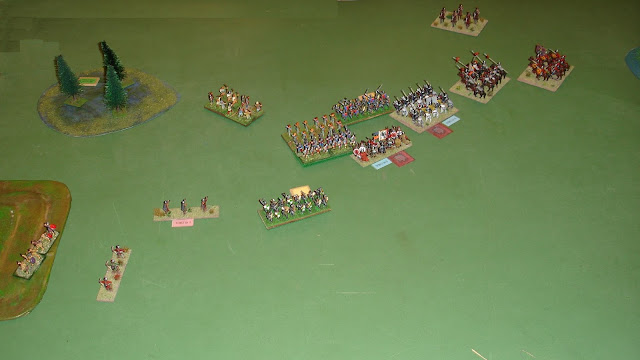 Turn 6 and the English knights and their commander are dead.
The Byzantine legion has perished,
but the Varangians and the Kataphraktoi fight on.
The initiative has finally switched to me. 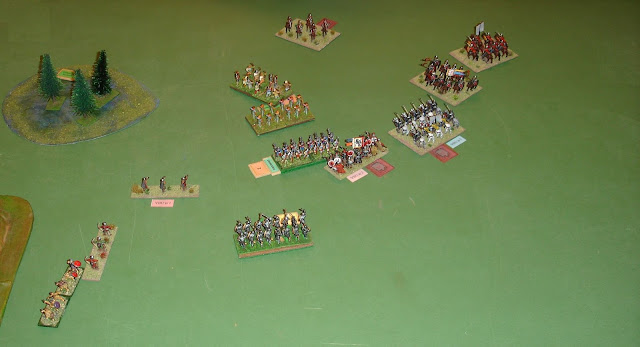 Turn 7
I just need to rout one more unit to break the English. 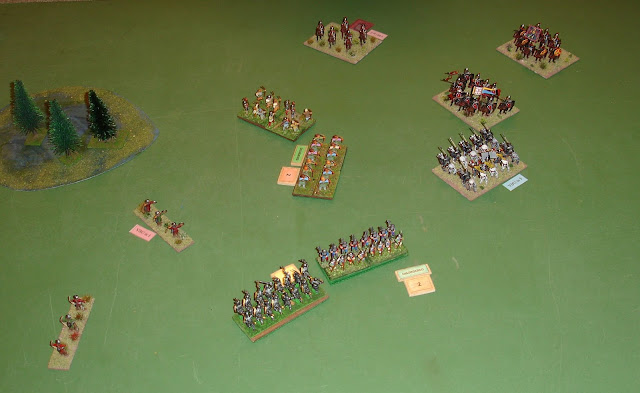 Turn 8
It is getting close.
My cavalry are having trouble getting into effective bow/charge range. 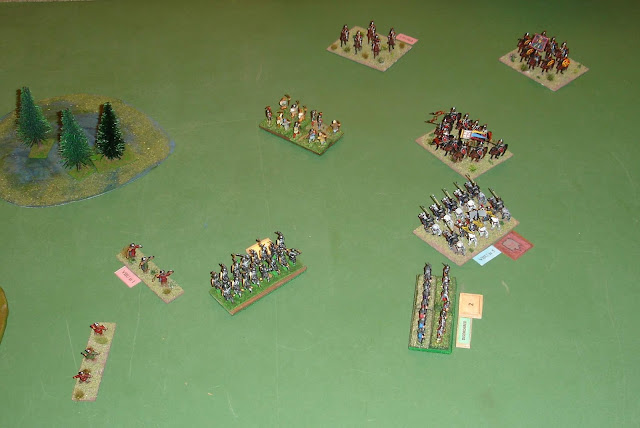 Turn 9
Victory for the Byzantines!

Even though the two rulesets are similar, there are significant differences in play.  We were frequently checking to see if we could do something, only to find we couldn't, which is not unexpected as Impetus Second Edition is a much richer ruleset.  The most striking outcome for me was that much more of an army needs to be routed before victory can be achieved.  In that last image there are only three enemy units left on the table.
Posted by Sun of York at 12:26 PM