So it is not Napoleonic, not even revolutionary, well French revolution that is, but I am stuck with my Napoleonic Naval label.  In hindsight I should have gone with Age of Sail or something.  Never mind, on with the game. 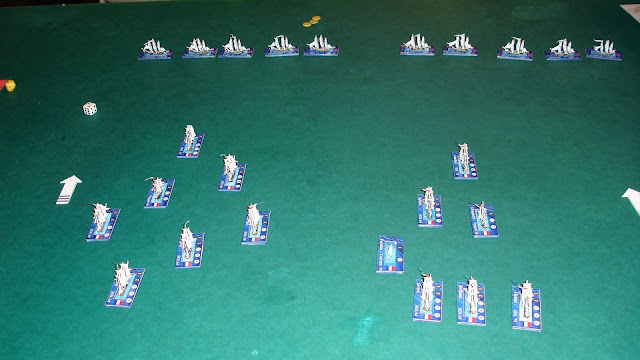 The British ships in line ahead have snuck between the French Ships of the Line and the transports they are meant to be guarding (off table, top edge).
The French are hurrying to rescue their transports.
The arrows denote the wind direction. 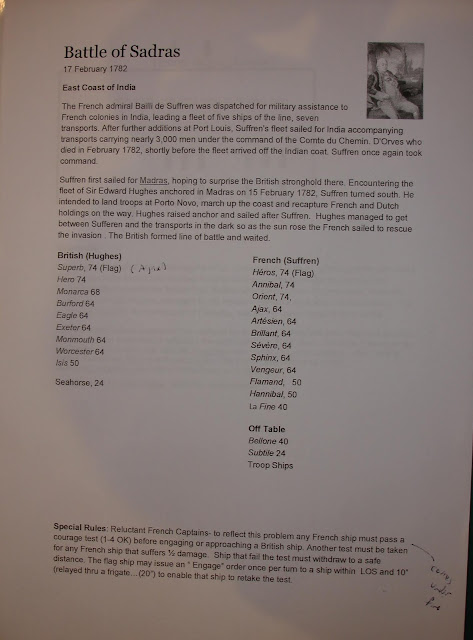 Details of the scenario for It's Warm Work designed by Darren.
The game used his models and he umpired.
Simon and Stephen B took the British
while Dave and I went the French. 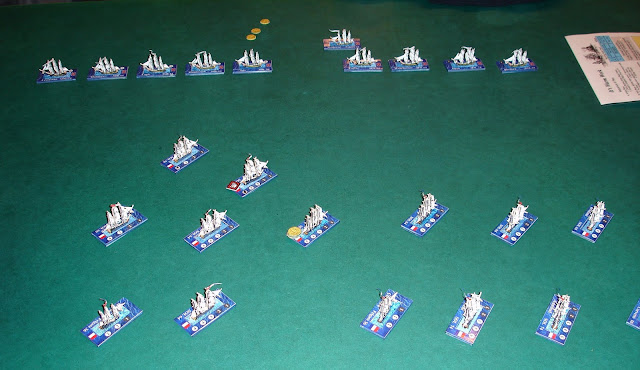 My squadron, on the left, took early fire from the British due to accurate dice throwing by Stephen.
One page summary sheet is all you need. 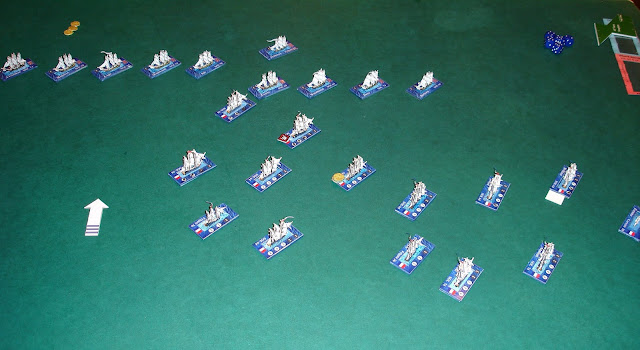 Dave's squadron worked around behind while I engaged the enemy in what was a rather one sided affair.  They shot first and threw multiple sixes.  The French captains, so far from home, were understandably nervous.
Six sided dice plus fire template visible in top right hand corner. 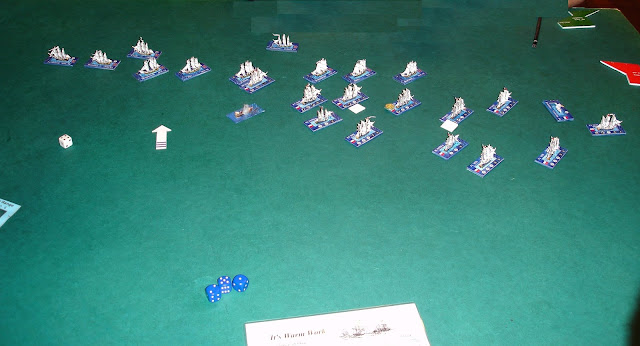 One of my ships is wrecked and another boarded.
The white squares indicate French ships whose captains who have decided that
discretion is the better part of valour.
Turning templates and China graph pencil are other tools in use. 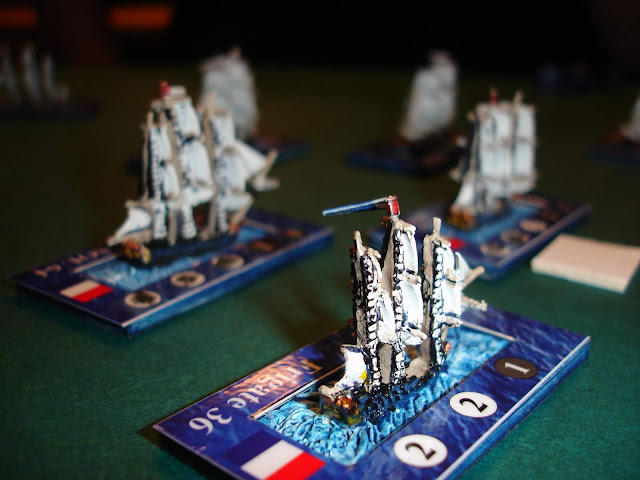 A close up of the excellent little models we were using.
Old Glory 1/2000th IIRC. 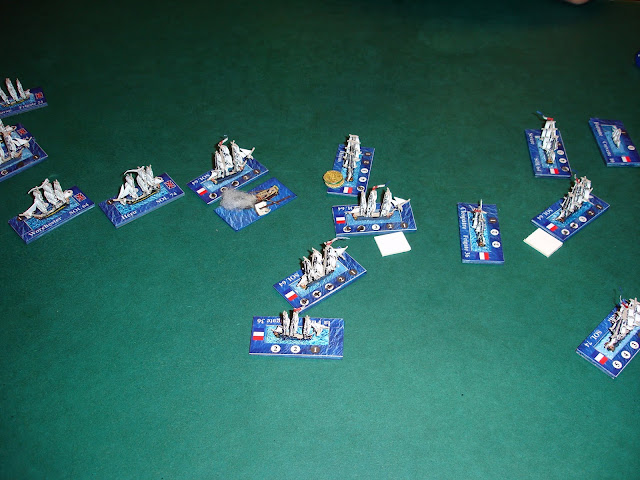 Vengeance.  My ship rakes a British ship and wrecks it.
Also, we have passed round the British and can see our way to saving our transports. 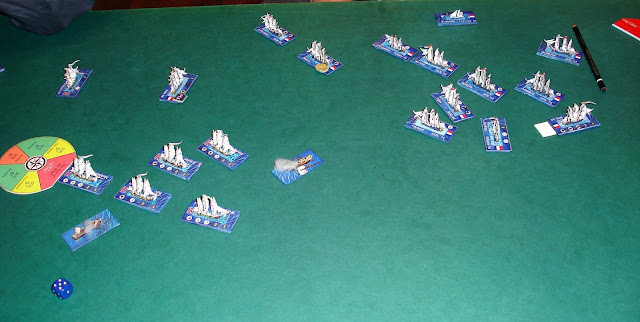 There is now a bit of distance between the two fleets
as the British have had trouble turning into the wind.
Note disc for determining ship speed based on wind direction. 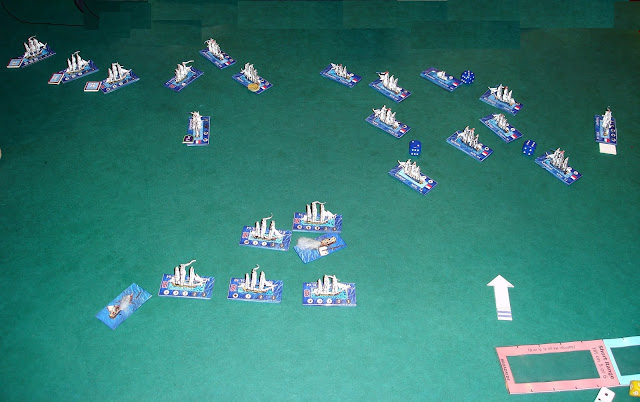 It's getting late so this was the final move.
The British had inflicted more damage.
The French had lost two ships, the British one.

The game played really well.  Lots of laughs.
Posted by Sun of York at 5:11 PM