This completes all the artillery I will ever need for my Napoleon's Battles 1813 - 1815 Prussians who now muster three corps.  After doing the limbers I wanted a brighter light blue for the guns, my previous guns are almost white in comparison.  The blue in these pictures looks similar to the uniform colour (VJ Prussian blue), but in reality the uniforms look much darker, odd. 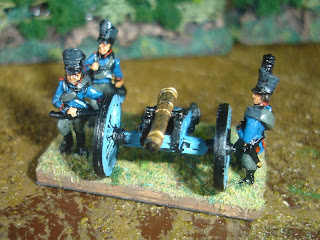 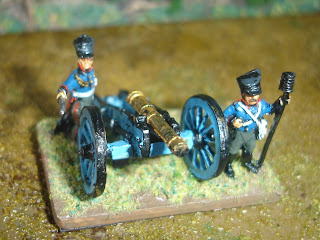 Pr6# battery (two figures per base for horse artillery).  The cannon models are all the same unfortunately 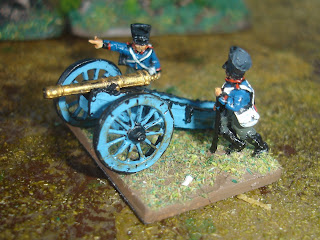