The Germans find themselves short of supply and unable to reinforce Heraklion as they only hold half the airfield.  They successfully interdict in the Maleme and Hearklion sectors and the Luftwaffe goes after the Royal Navy in Candia Bay sinking the Naiad. An uncoordinated attack on Hearklion airfield is easily beaten off by the Allies and there is a bloody stalemate at Retimo as the Germans get desperate.  A war of attrition is also occurring on the way to Suda bay.
In the afternoon the Luftwaffe keeps up its attacks, sinking the Kandahar in a massed attack in Almivos Bay.


The German convoys set sail.
There is further desperate fighting at Heraklion, but the Allies hold out.  Things are different at Retimo as the Allies find themselves surrounded and starting to run out of troops to defend the airfield.  An attempt by the Australians to breakthrough during the night is defeated.


Meanwhile on the approaches to Suda the German attacks are not well coordinated, but the recently arrived Mountain Division troops are starting to work around the allied southern flank.
The Royal Navy pounds the Germans around Retimo and Heraklion 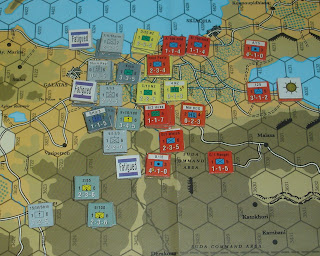 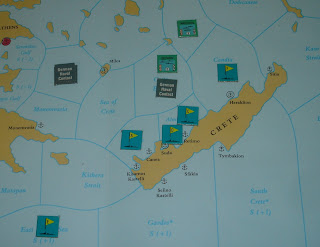