This was the longbow battle.  As it turned out, almost exclusively so.

Yesterday, my Burgundians took on Mark Wood's English (but perhaps of a distinct Scottish extraction) in a 400 point game using Impetus Second Edition. 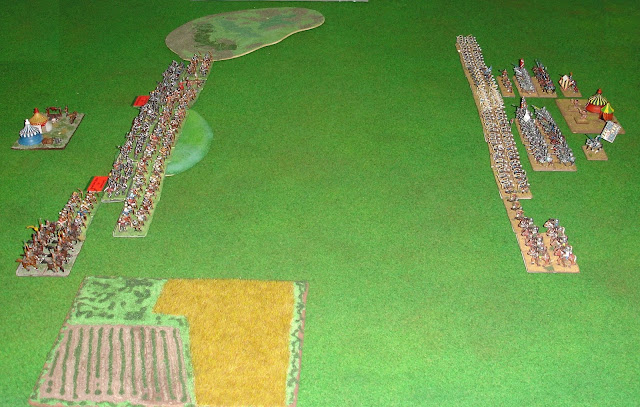 Deployment.
The English sat on that hill the whole game. 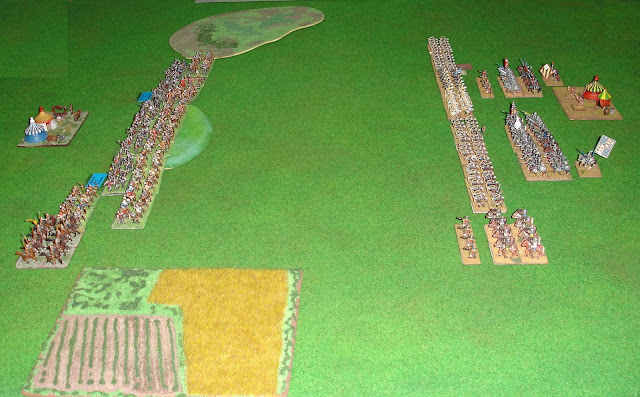 Turn 1.
On the far left flank of the English is a bombard.
It proceeded to make a mess of the Burgundians. 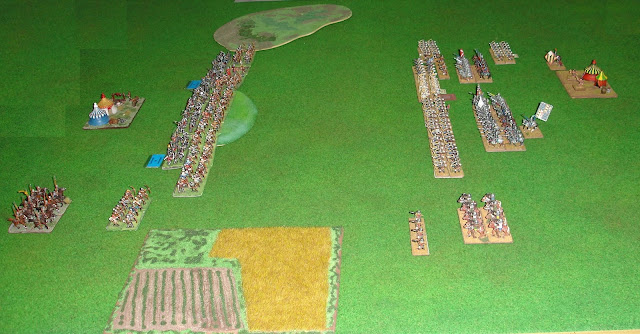 Turn 2.
The bombard seems to be hitting with every shot. 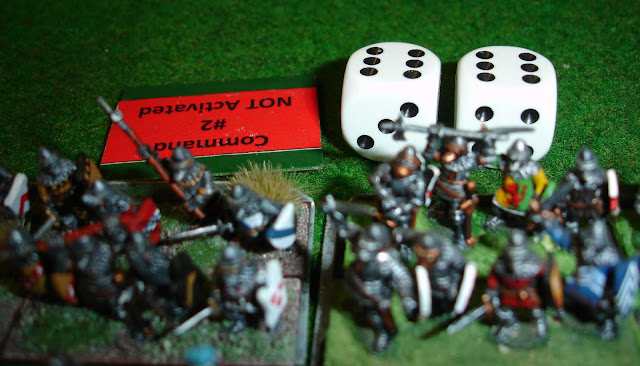 The English bombard commander gets promoted as a result. 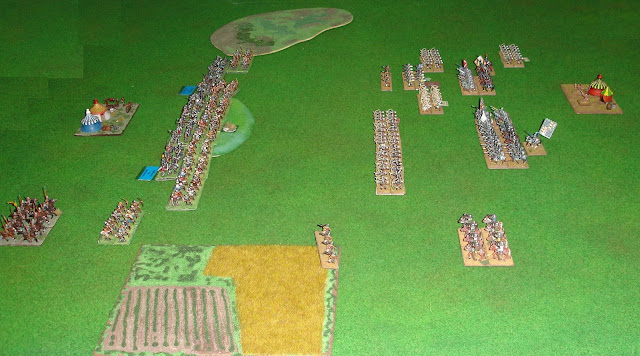 Turn 3.
My crossbowmen eliminated the bombard, but I fear it has wrecked my army.
It fired four times (which includes returning fire on the crossbowmen) and hit every time.
I was lucky my crossbowmen hit it first time. 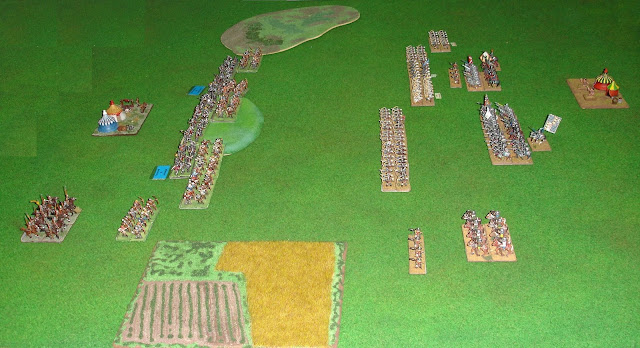 Turn 4.
Now I have my vengeance, with my longbowmen picking off the opposition at long range. 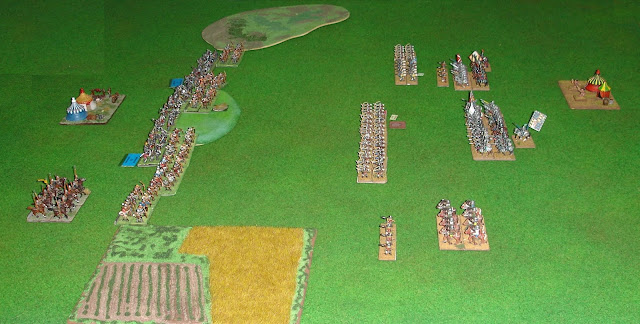 Turn 5.
Units that were previously weakened by the bombard are targeted by the enemy. 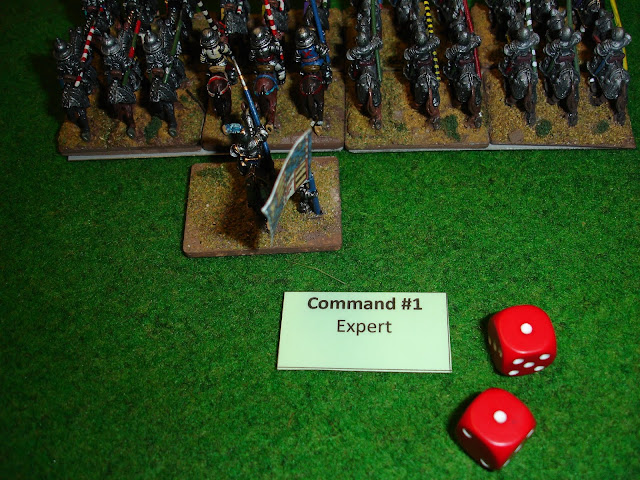 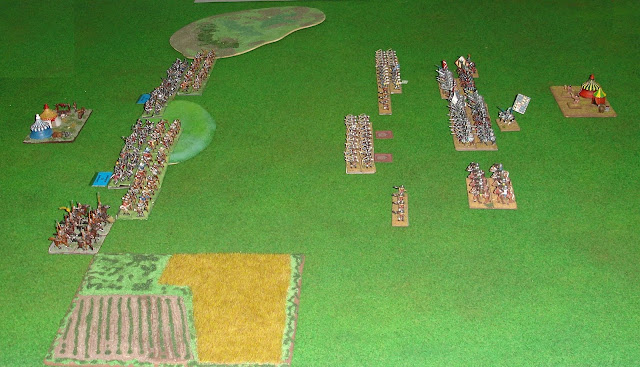 Turn 6.
The attrition is taking a toll, especially on my weakened right hand command. 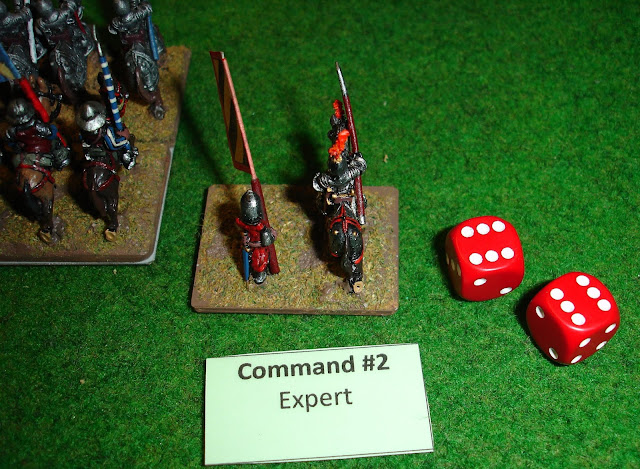 The general of which somehow locks in his claim to be an expert.
After this his command breaks...
Duh! 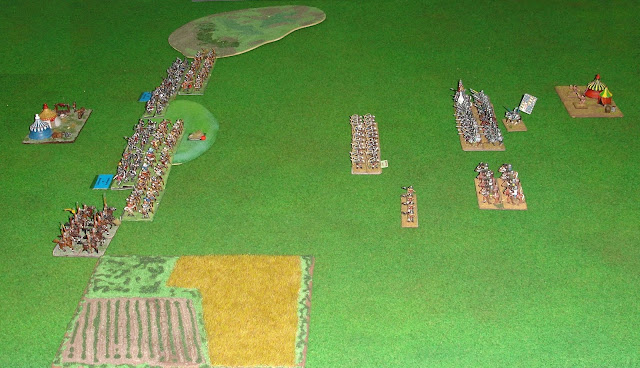 Turn 7.
We fight on, but it is hopeless. 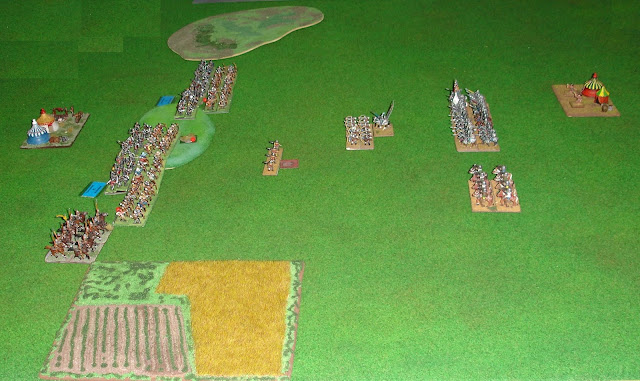 Totally different game to normal.  Commands break when they have lost a third and so it can happen quickly.  Perhaps units breaking due to missile fire should only count half points to the break number?

Now I have a 2nd Edition Army Builder spreadsheet (see here: http://impetus.darkbb.com/t1315-i2-gaming-aids#10046) it turns out my Longbow units should have only counted 1 point towards my armies morale, not 2.

Hmmm, Excel must have been playing tricks on me.  On looking again, Longbow units still count as 2 points.  Only thing that would have helped in the game was to go to 50% before the command fully breaks.  So, I'm back to liking the idea of half points for units routed by shooting.
Posted by Sun of York at 2:22 PM