Well I thought it was all over for the Allies, but the game goes on.

Richard and I picked up the game at the afternoon of December 22nd.  I was certain the Germans were going to capture six victory locations on the west map.  They already had four and at least two, or as it turned out five or more were within striking range. 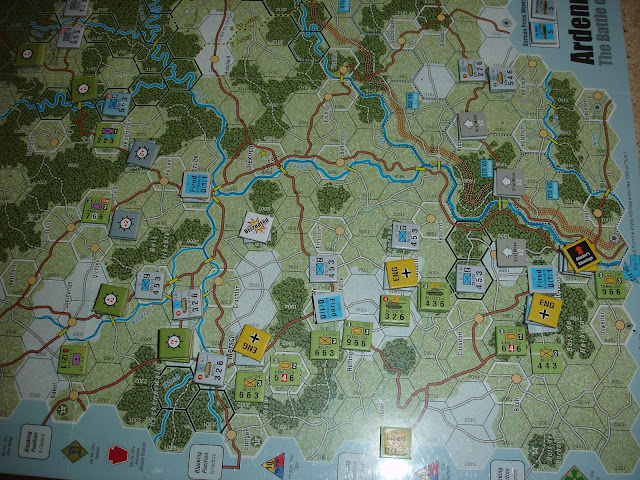 Patton's attack against the 7th Army in the south east. 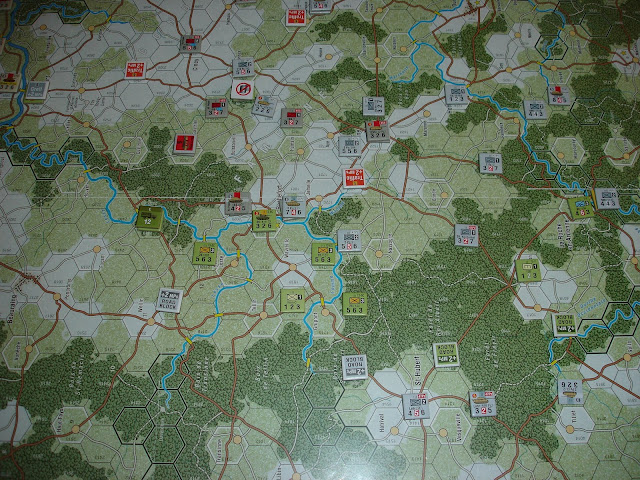 The Germans capture a fifth victory location, St Hubert (bottom right).
However Rochefort held out (in the middle). 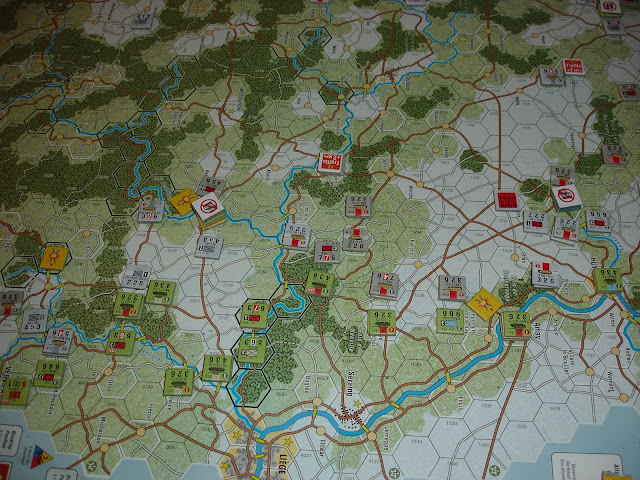 US troops start to arrive from the north,
as the Germans start to probe key locations on the Meuse. 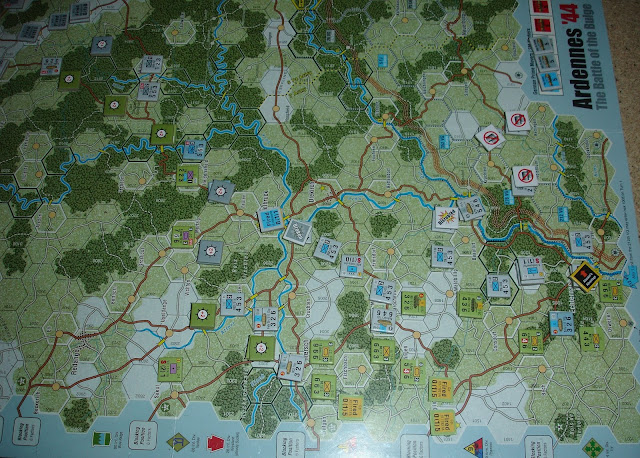 The US attacks continue against the 7th Army,
but the Germans are sending reinforcements there, but maybe not fuel. 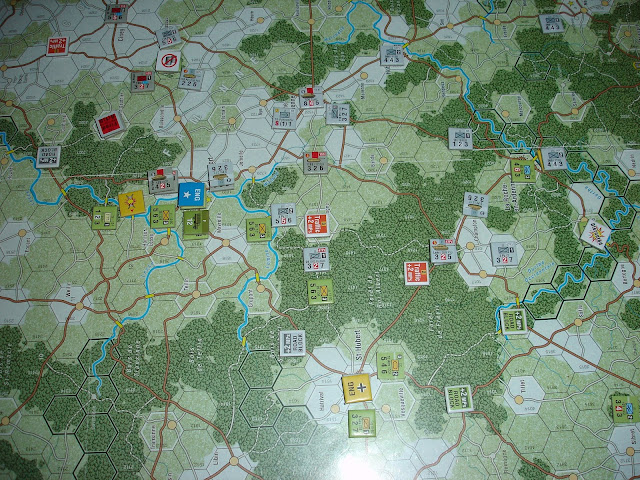 US airpower stops a German attack on Rochefort.
However they are unable to retake St Hubert. 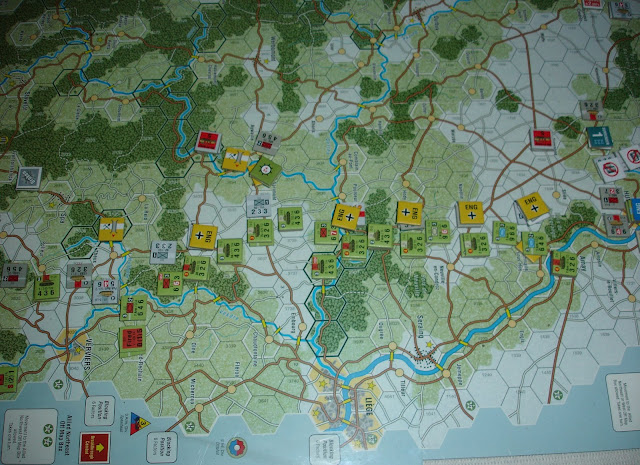 The US make a major series of attacks in the north. 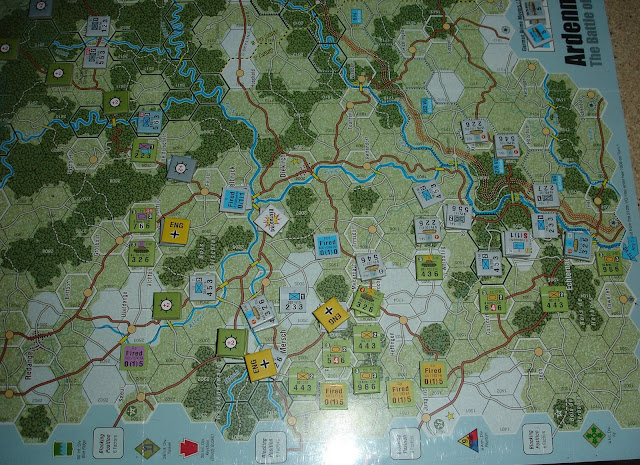 US attacks against the 7th Army continue in the afternoon. 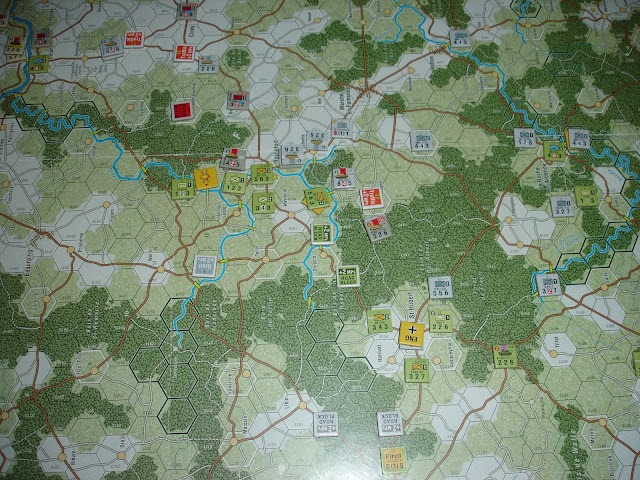 Again US fighter bombers stop the German attacks on Rochefort,
however again the US fail to retake St Hubert. 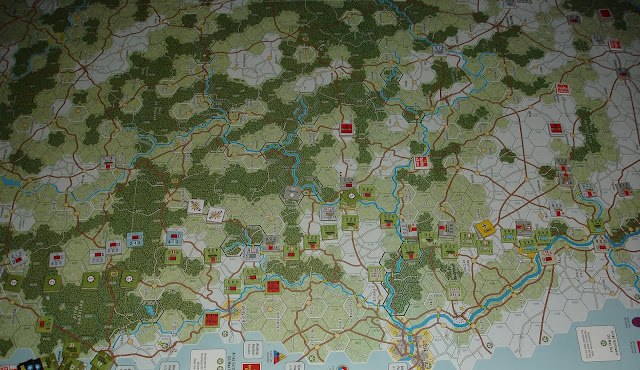 The US attacks is the north are finally showing some progress.

And there the game hangs in the balance.


Can the Germans secure a final victory location?


Can the US exploit their success against the northern flank of the bulge?