Yesterday Stephen and I ventured up to York to defend Briton from the Romans.  Mark of the ANF had devised a scenario for Impetus representing Caesar's invasion of Briton.  James and Mark took command of the invaders. 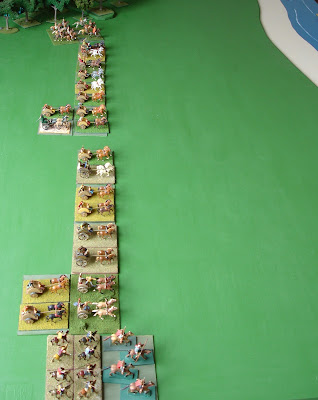 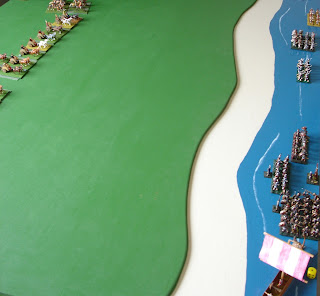 The Romans land (somewhat randomly) and come splashing through the surf getting disorganised as well as wet. 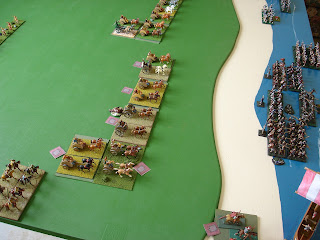 Second turn and a double move with my chariots resulted in them getting disordered, but they were still able to put some missiles into the Romans.  I sent some light cavalry against the Roman ship that was attempting to provide covering fire.  They proved more effective than expected and the Romans got little benefit from their firepower (one of my chariots was shot up a bit). 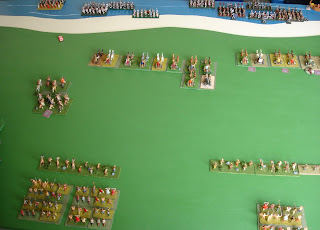 Stephen had the left side of the Britons.  Our warbands have just started to arrive. 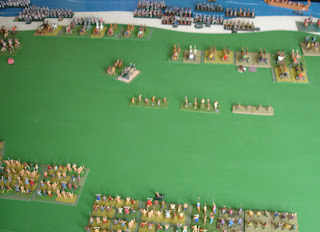 Stephen gets stuck in while I hold back. 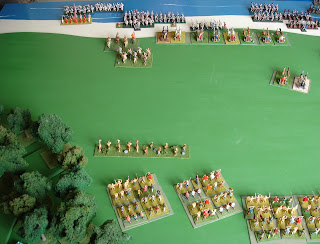 The large impetuous warbands are a bit unwieldy.  Will they be effective?

Stephen's chariots have driven right through the Roman centre.  I've started pulling back my chariots (they have the same morale value as a Roman legion so are not to be wasted). 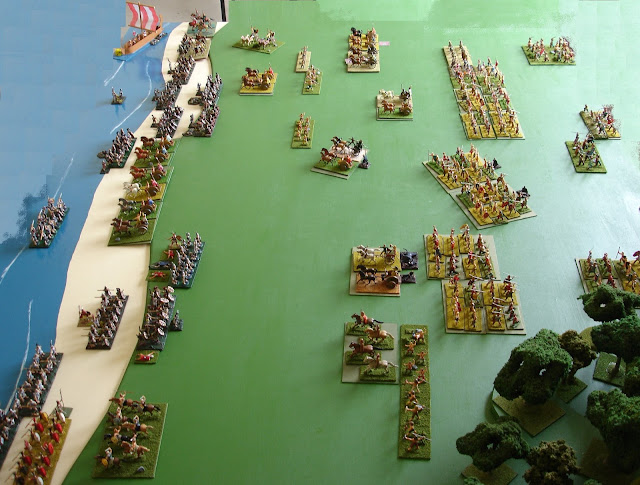 View from the other side and a doctored photo to fill in the edge of the world. 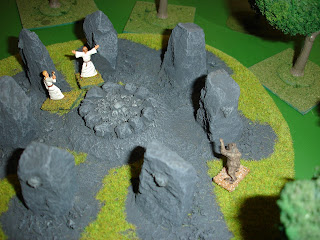 Whatever was happening here (and I will leave that to the gentle reader's possibly fervid imagination), certainly gave Stephen some excellent dice rolls. 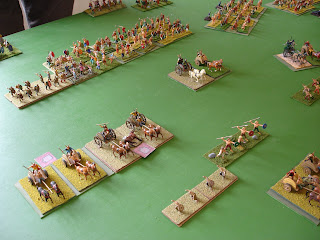 It's always nice to get your own figures in a game.  In this picture there are three of my chariot models, a warband unit and some slingers.  The slingers I am pretty sure were painted in the 1970s. 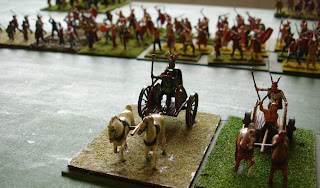 Not the best shot, but that's my CinC in the chariot drawn by the white horses.  Our poor command structure meant I was trying to keep him close to the main body as it surged forward. 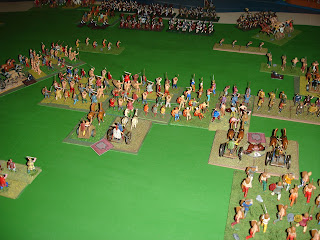 The warbands burst through the chariots and head for the reviled Romans. 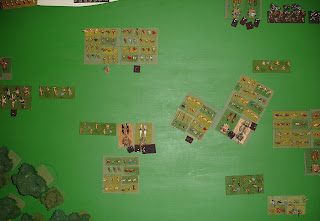 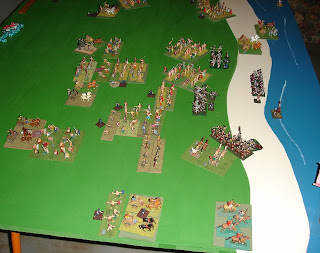 Not so many Romans now...
Note Stephen's commander in the crimson cape who has driven the Romans back into the sea (top right corner). 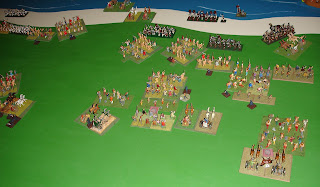 It's been bloody, but the Romans have broken.

Losses to the Britons were two chariots (we had ten), one light horse (sadly mine) and two warbands (both result of throwing sixes on cohesion tests, maybe the dice were not with us al the time).

While it had been hard for the Britons to coordinate their attacks, the Romans never had time to dress their ranks after the initial landing and were basically attacking piecemeal.

Great game and many thanks to Mark and the ANF for staging it and inviting us along.

The ANF post for this game can be found here:  http://avonnapoleonicfellowship.blogspot.com.au/2016/03/caesars-first-invasion-of-britain-55-bce.html

It is much more "balanced" than my report.