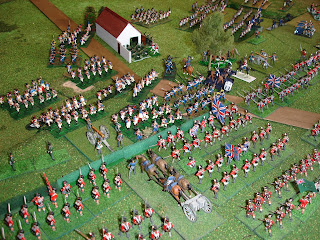 This is where we left off last week, the French 2nd Division assaulting Picton's lads over on my right. 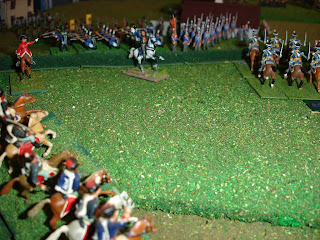 While I, as the Prince of Orange, lead the remains of Bijlandt's brigade to safety. 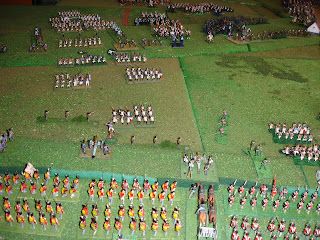 The French 3rd Division is staggering towards the Hanoverian Landwher which makes up the rest of Picton's command. 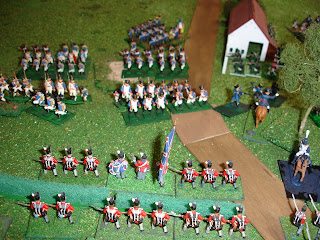 The French 2nd Division is repulsed! 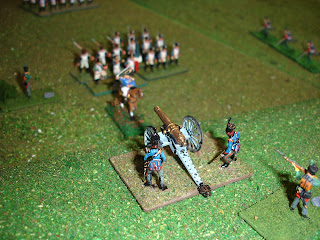 The French 3rd Division is blasted by my Dutch-Belgian horse artillery. 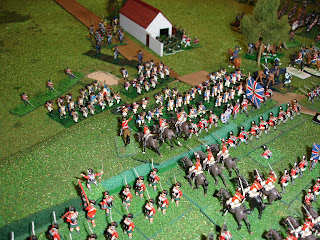 The Household Cavalry go in to slaughter the remains of the French 2nd Division. 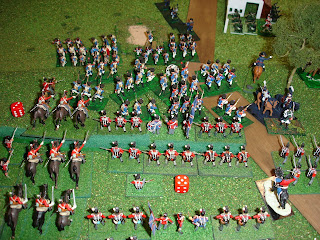 Ably assisted by the British infantry. 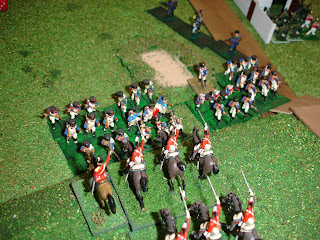 On go the Household Cavalry! 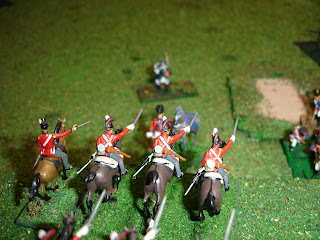 The few remaining French scurry for safety, while the British cavalry halt exhausted. 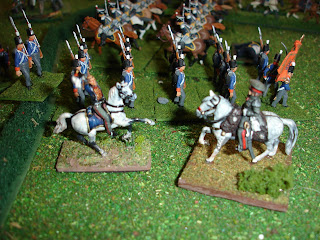 I inform von Muffling that the battle is won and that he should instruct Blucher to head to Paris. 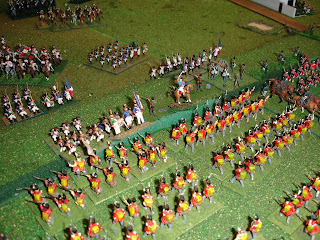 The French 3rd Division meet the fate of the 2nd, this time at the hands of the Hanoverians. 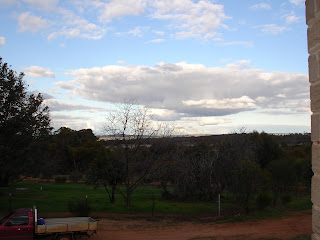 Time to check on reality. 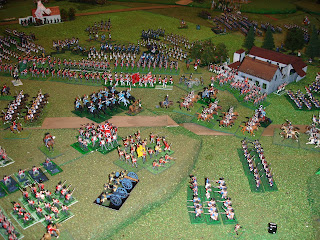 Meanwhile on the Anglo-Allied right things look a bit hairy. 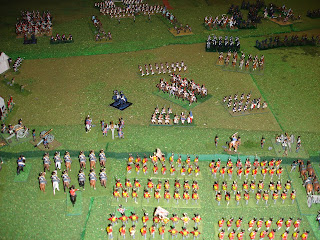 As the French 3rd Division recoils and starts to retreat, the French 13th Cavalry Division approaches. 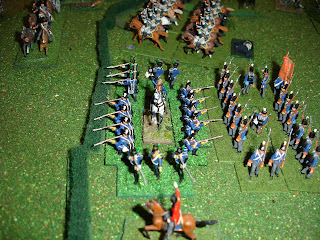 I get my men into square.  One of the British cavalry commanders points me out. 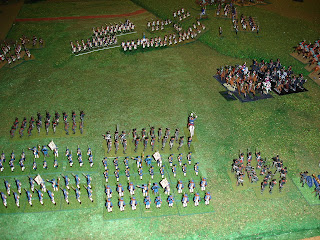 The Prussians have arrived.  They look a bit tardy, but I'm informed they have a plan... 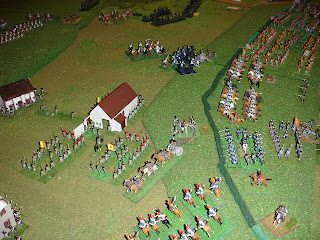 The unlucky French 13th Cavalry Division is being roughly handled by my artillery (and my ability to roll sixes).  My troops have all formed squares and are hidden behind the crest line (which is marked by an attractive display of shrubbery) 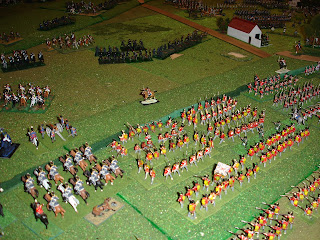 The massed artillery of the Guard is deployed, but has no targets.  Messengers can be seen hurrying across the front bearing new orders. 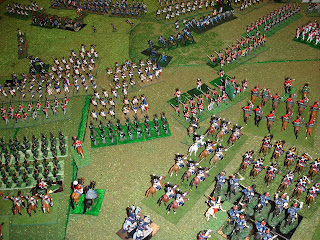 The thin red line, with a bit of green, holding on in the centre right.  The congestion and table edge is cramping our style. 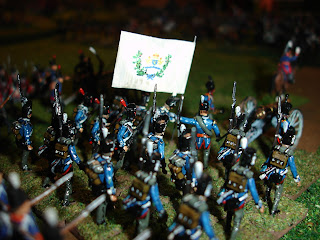 Some more brave Dutch-Belgians moving up on the far right. 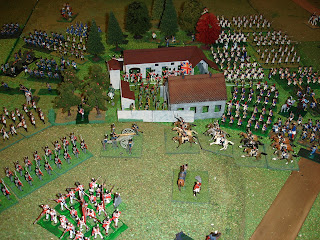 The French are sweeping round the Hougoumont, although perhaps not as quickly as they thought. 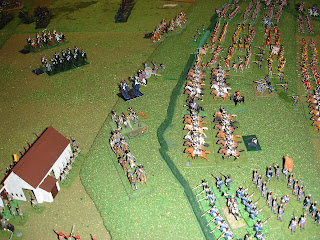 And here we leave it.  End of turn 9 which makes it around 4pm.
Will my new orders arrive in time?
Will we be able to link up with the Prussians?
How will we deal with the massed Guard artillery?

Next installment in two weeks time.