Actually 100 Years War English (Continental) versus the Late Medieval Scots (Britain).  It turned out to be a a lesson on how FOG handles quality over mass.  Both sides 800 points, but you get oh so much more with the Scots.

Mark Woods ran the Scots and I ran the English, all figures, terrain etc from Mark's collection.  And fabulously constructed armies they are too (well worth clicking on the pictures to get the full effect). 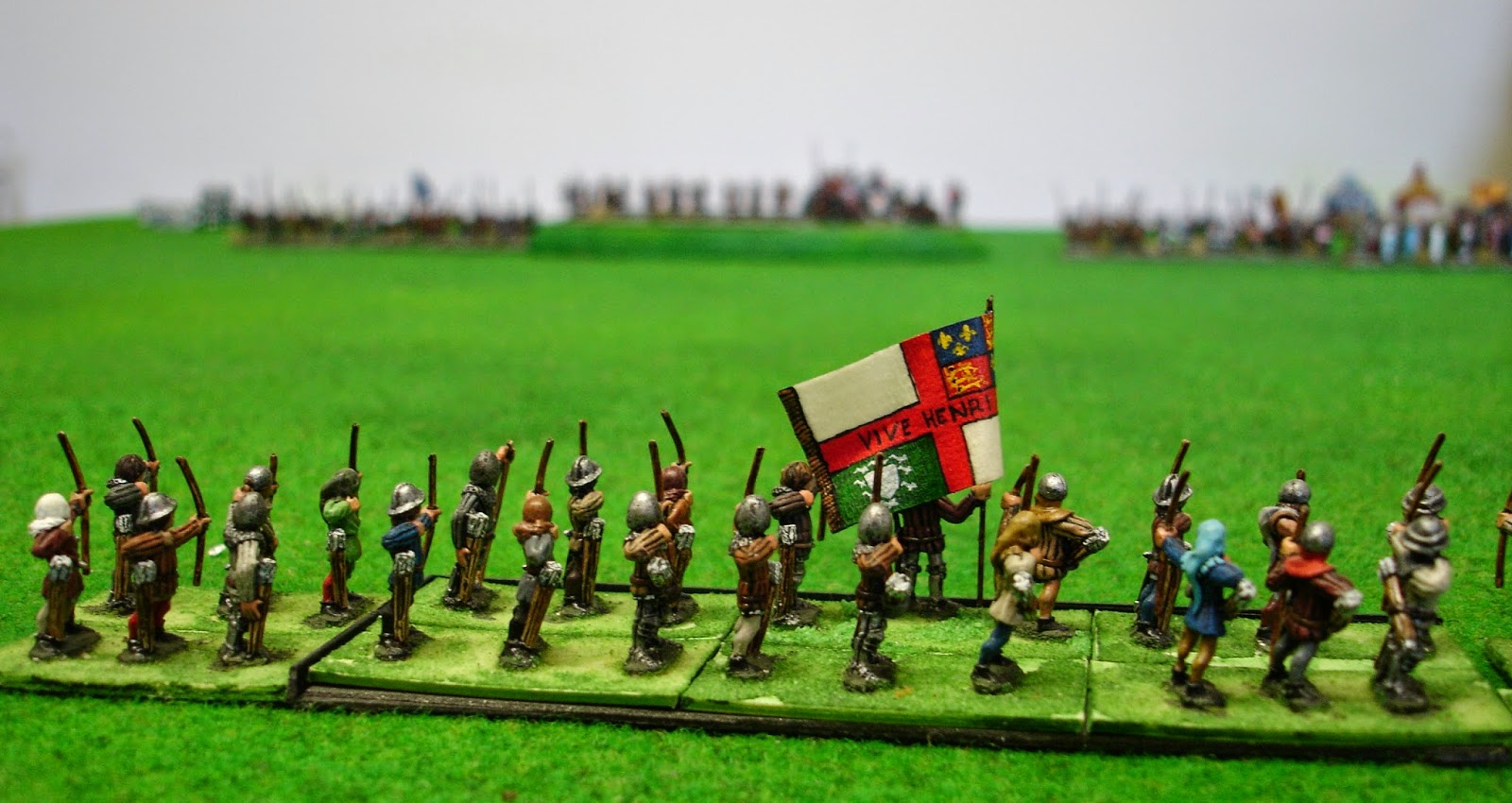 The view from the English left. 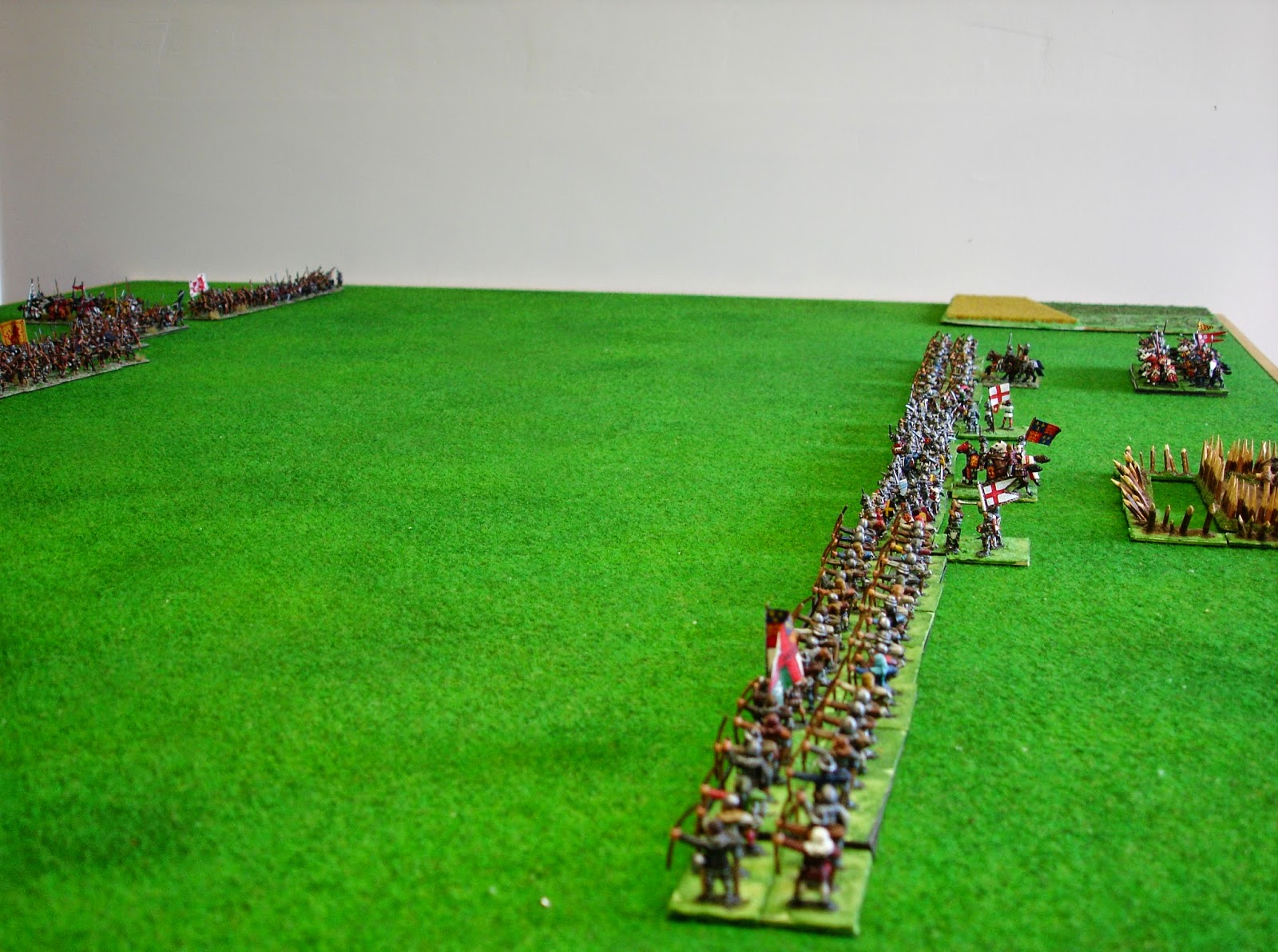 The English battle line, three units of dismounted men-at -arms, four units of longbow and one of mounted knights. 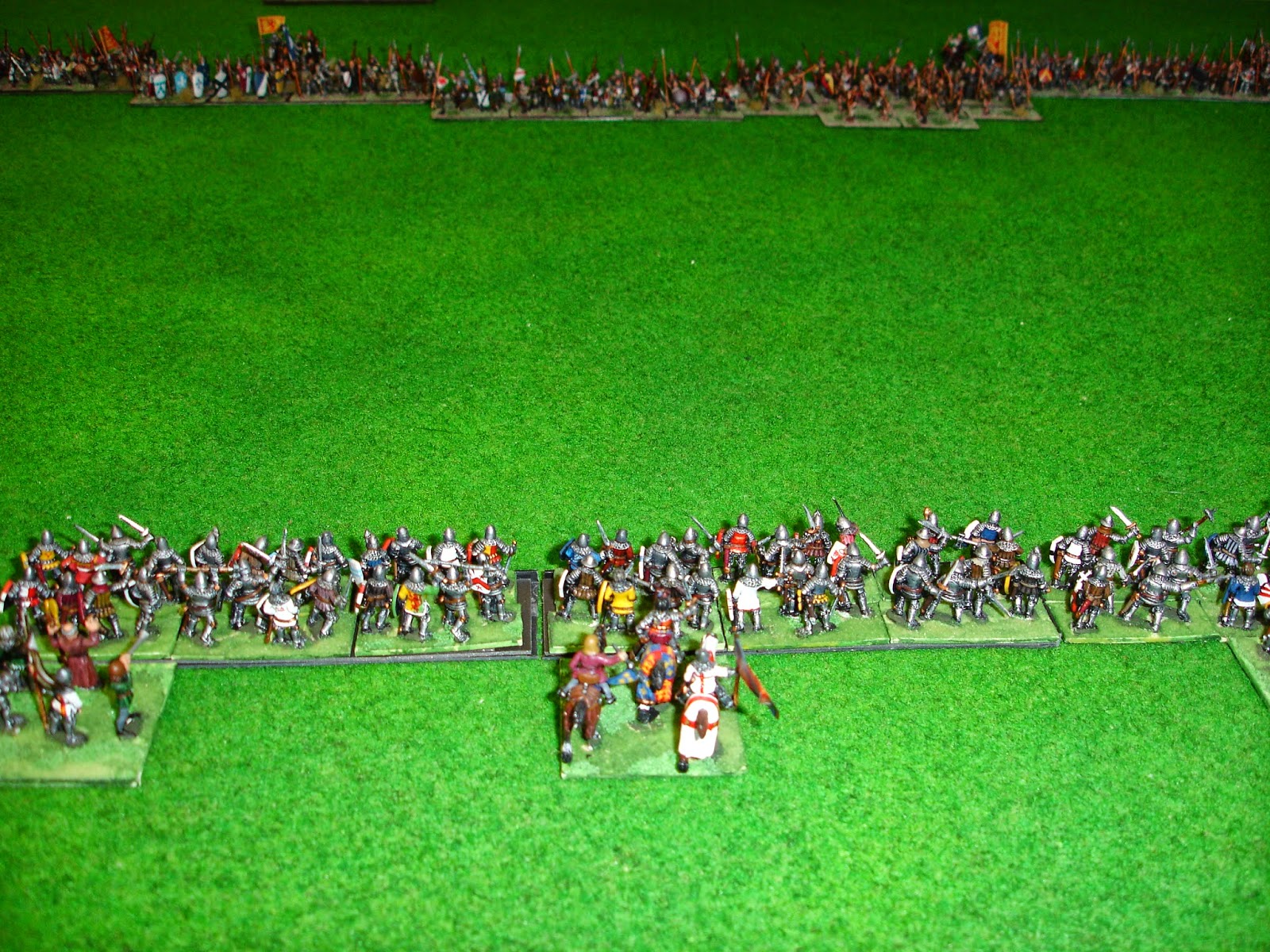 I deployed with the men-at-arms forming the centre, with archers on both flanks and the knights in reserve. 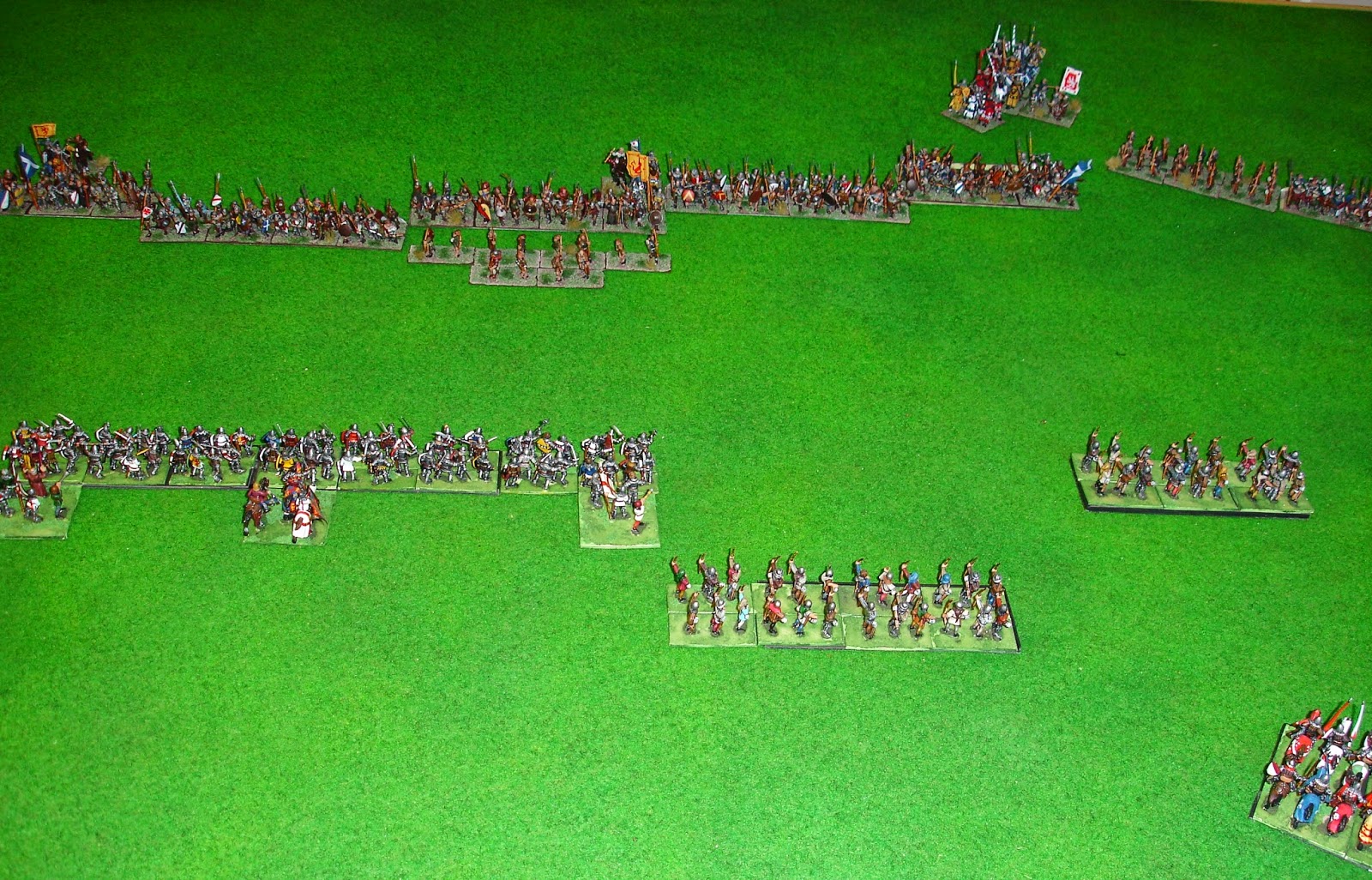 I pushed my centre forward and committed the knights on the right.

Not the view the Scots had of my knights.

But this was what my centre looked like to them. 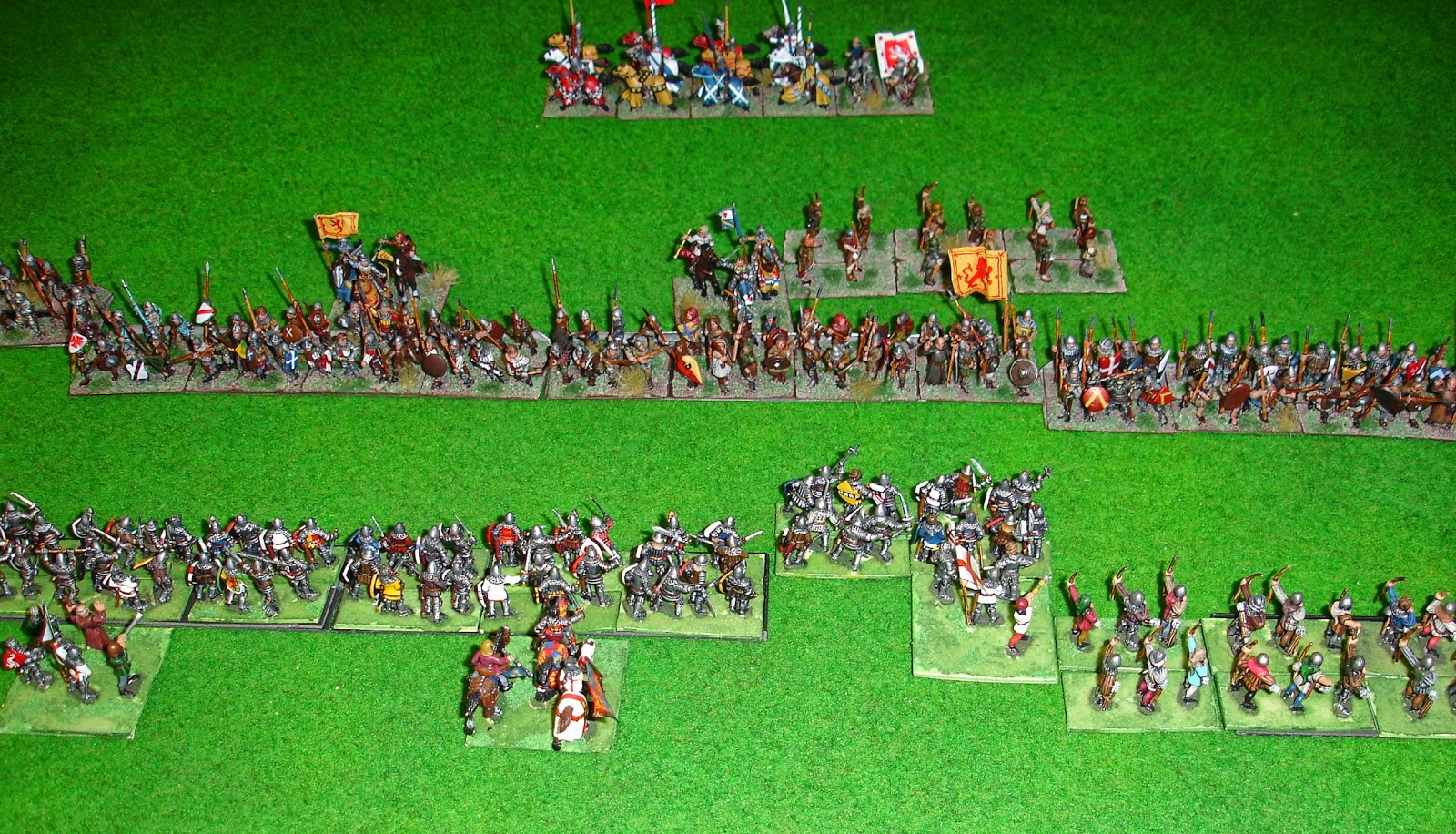 The Scots redeployed their knights and their lights evaded as my centre closed. 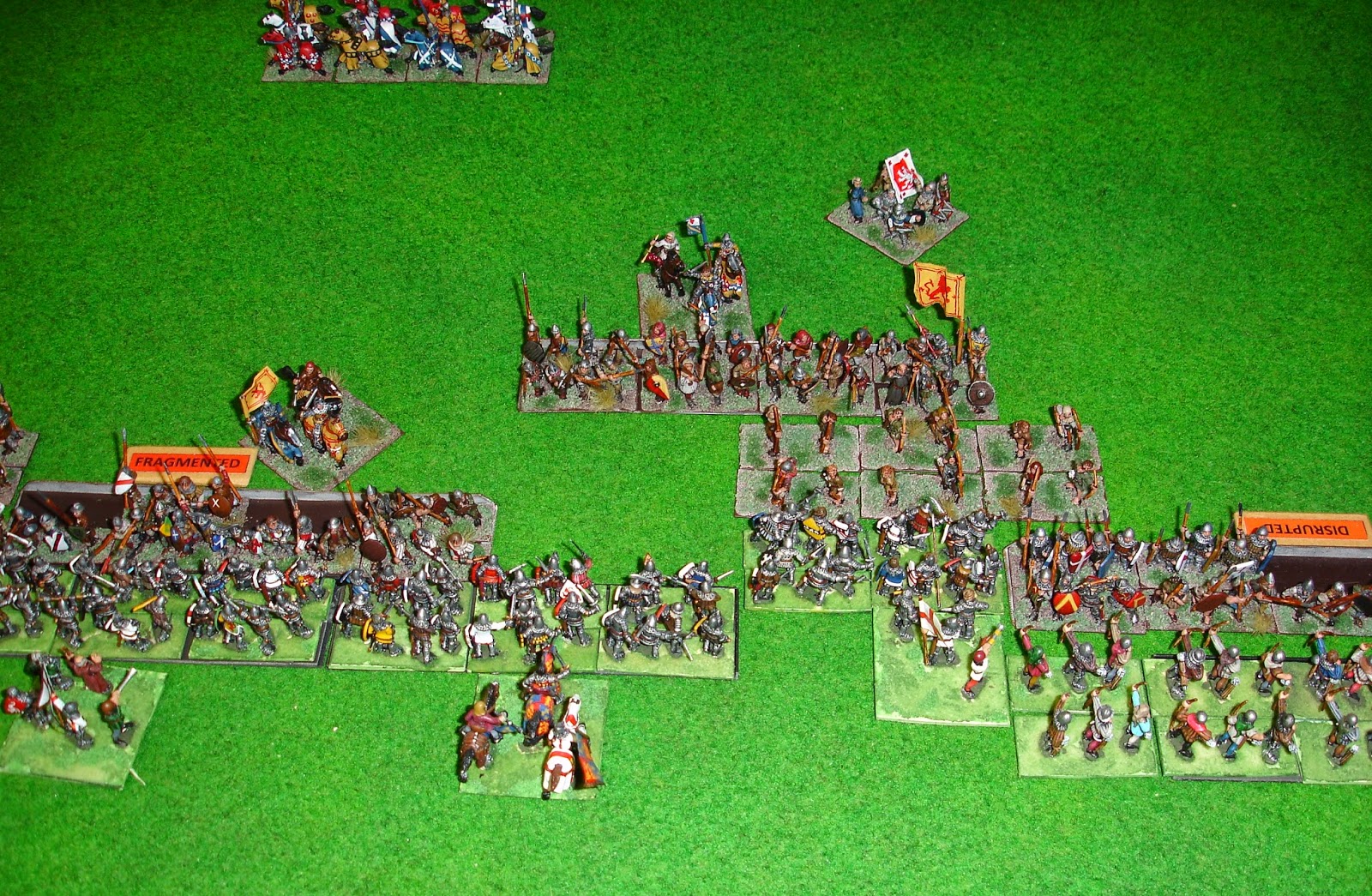 Victory!  My men-at-arms cut through the Scots and my bowmen shot them up a treat.  Two Scottish commanders fell, including their C-in-C. 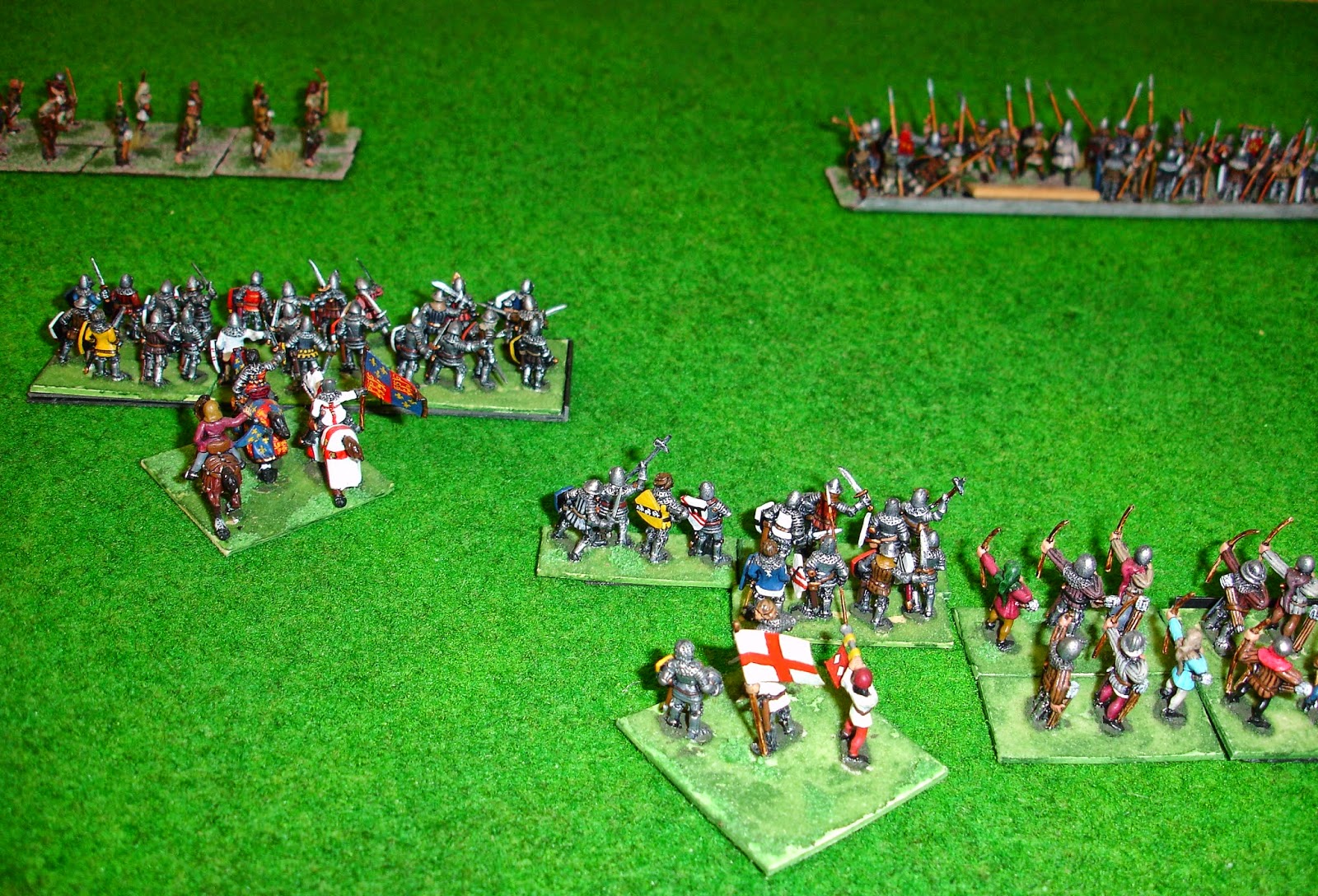 That was it for the centre, but it wasn't enough... 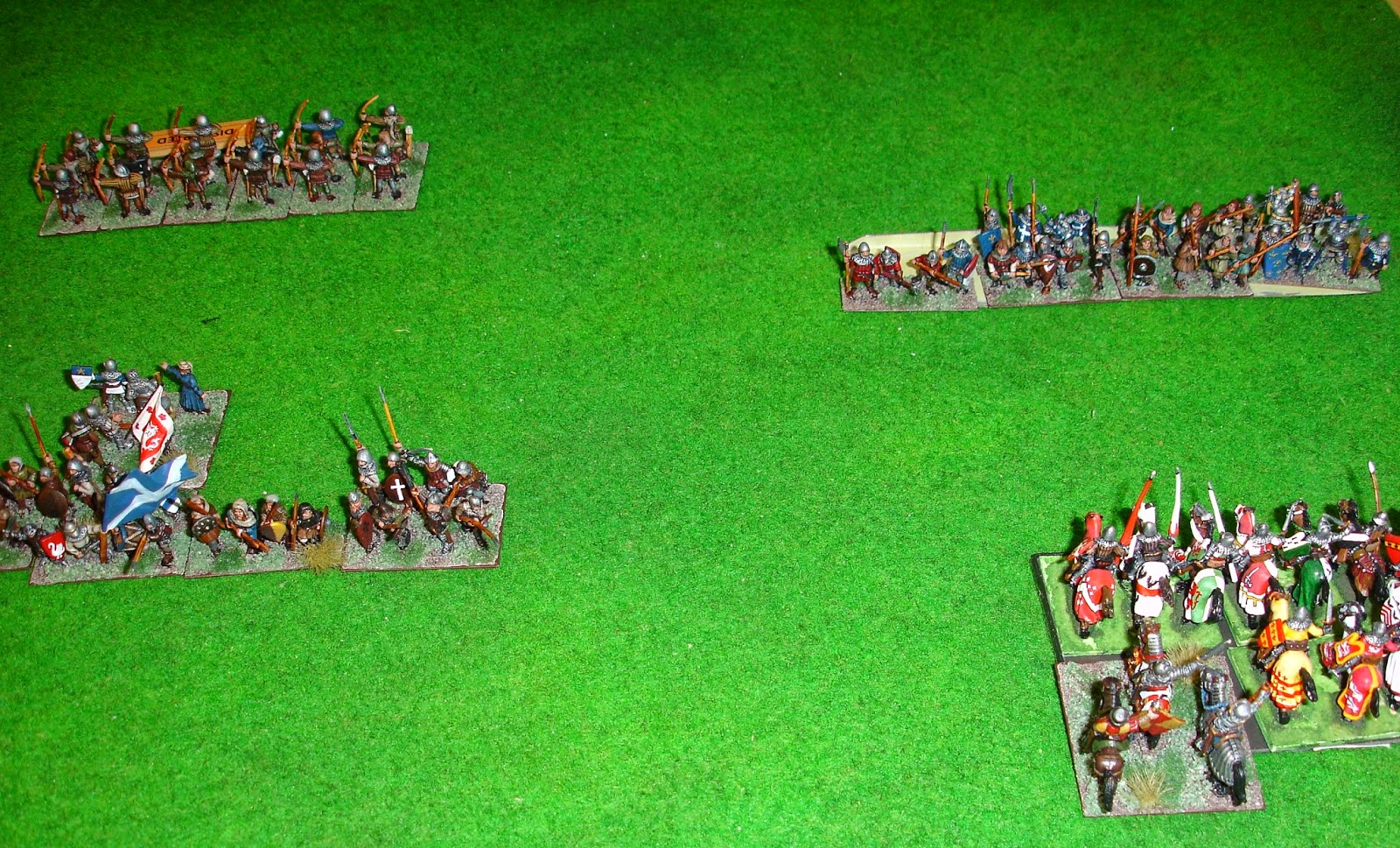 On the right I lost one unit of bow while my knights made valiant charges. 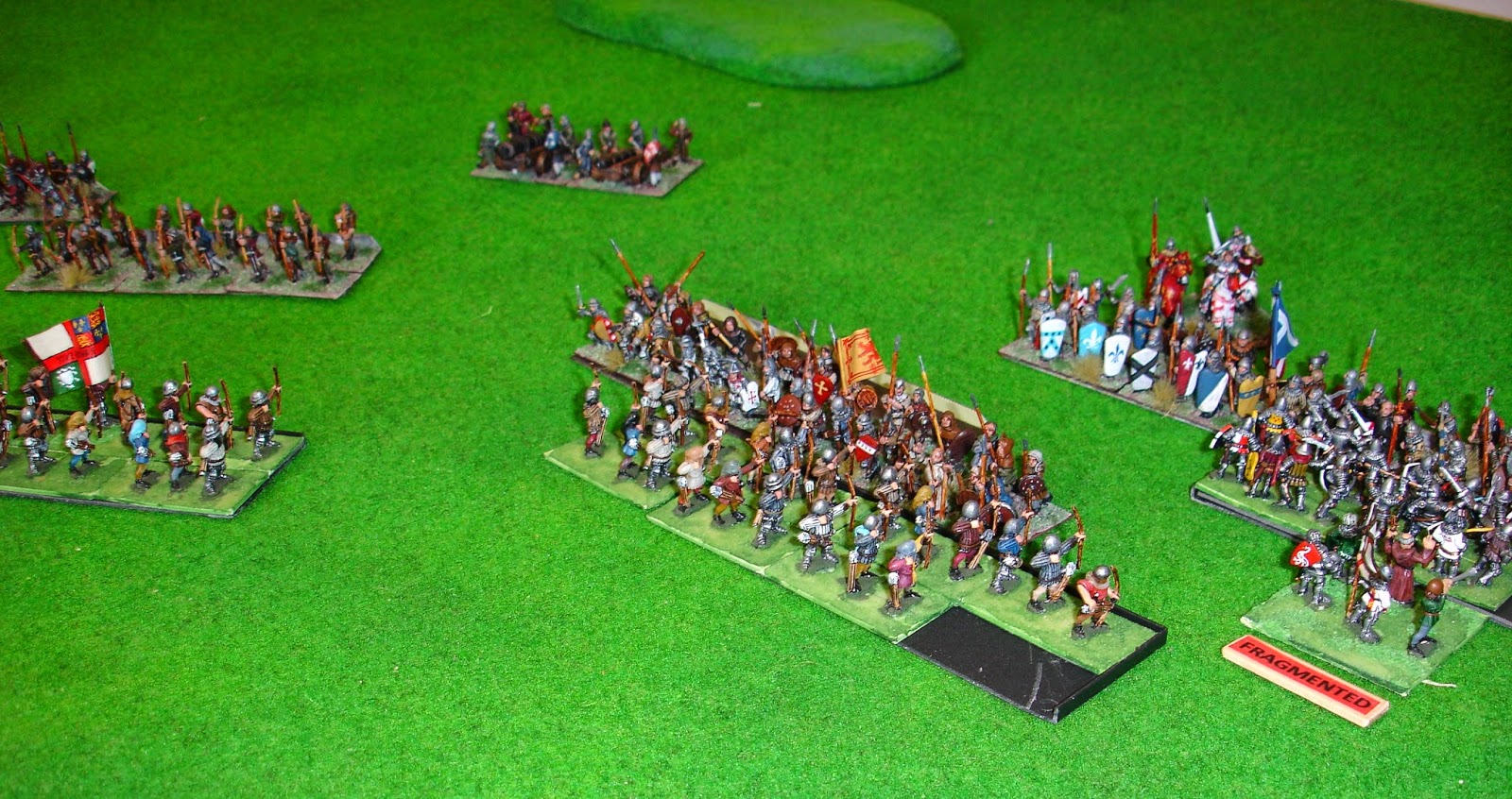 On the left a unit of men-at-arms fared badly and another unit of bow was in trouble. 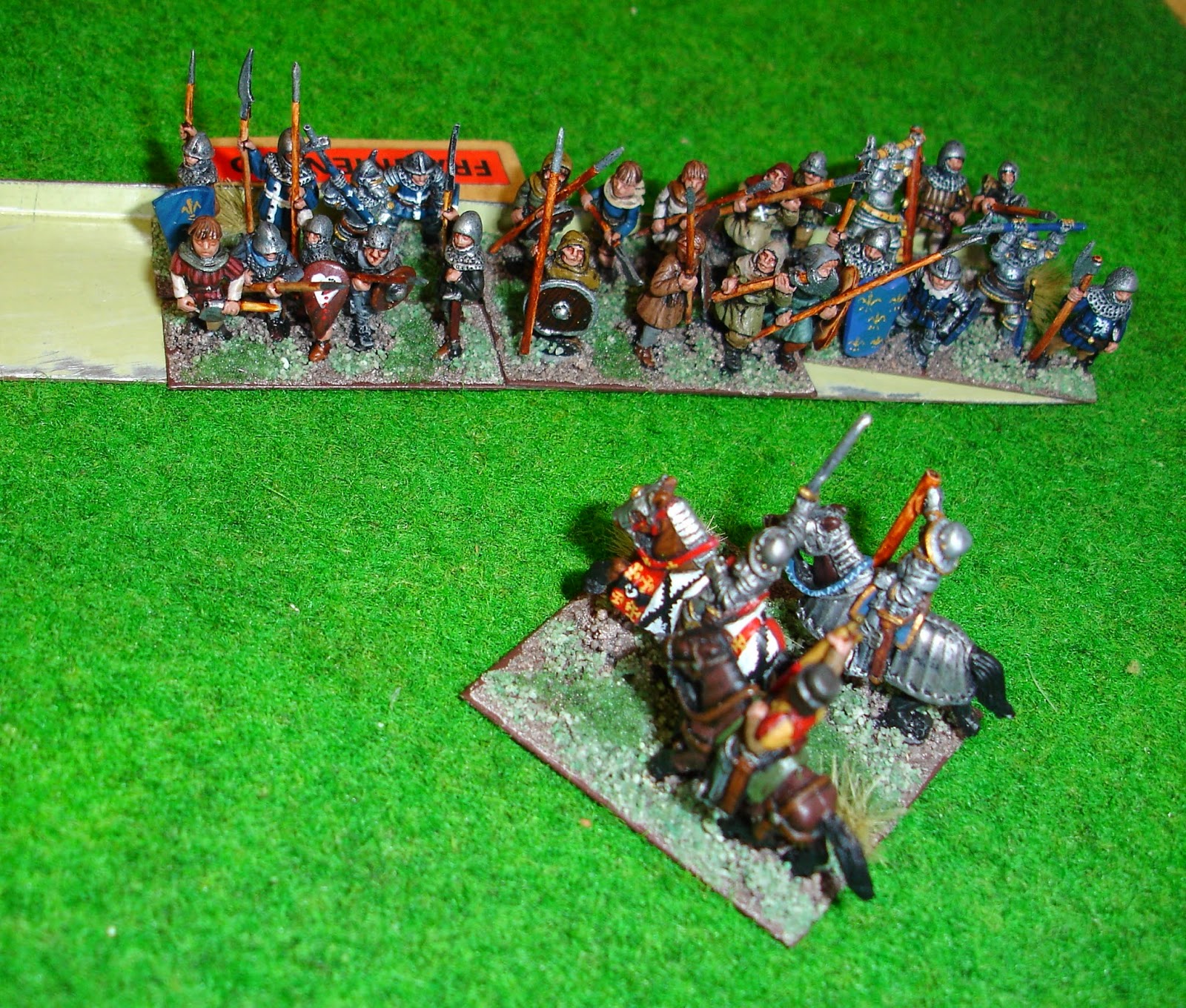 In their moment of triumph my knights were lost to attrition (they had failed just about every casualty roll, no matter how low). 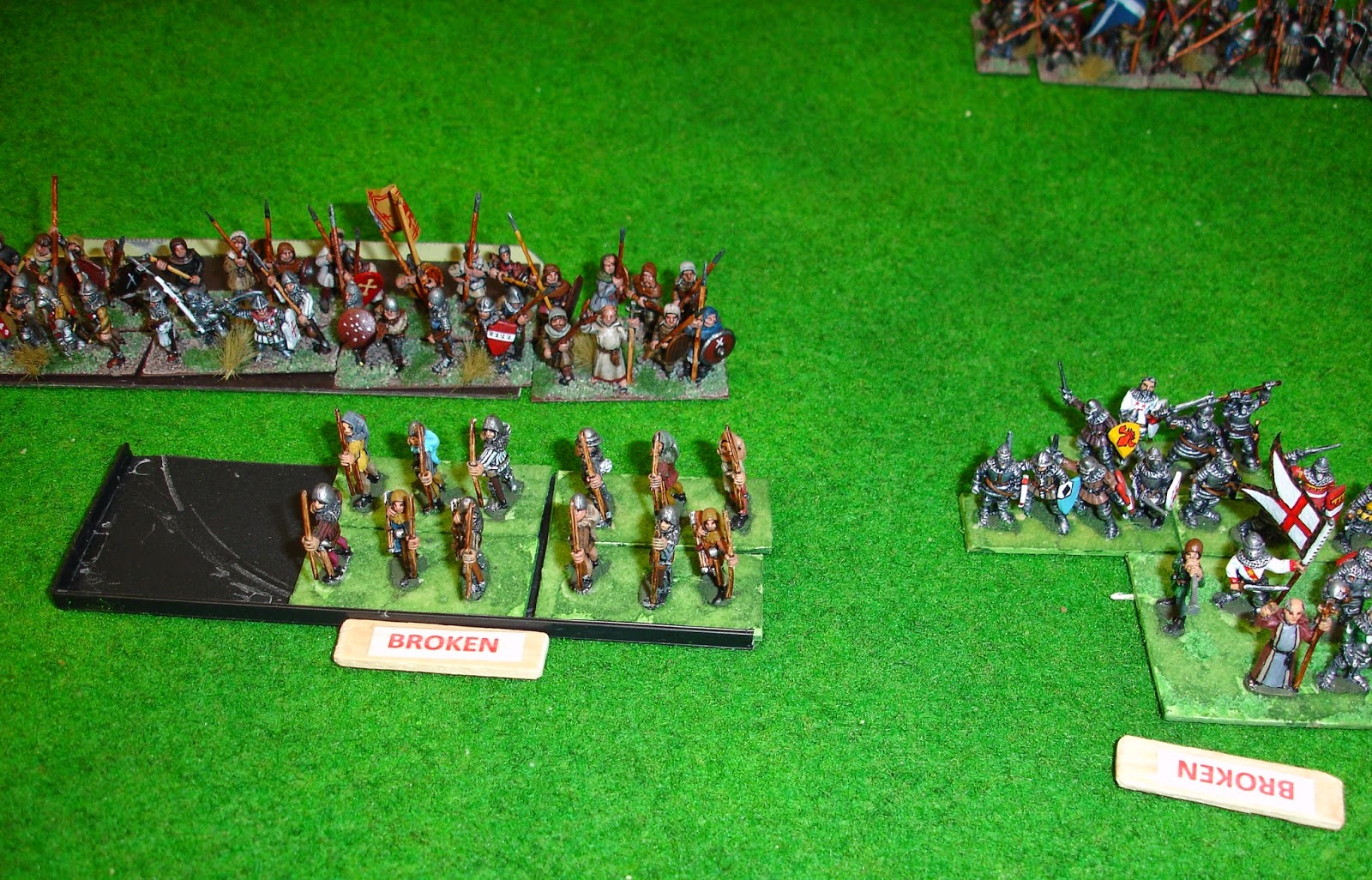 Another two units break and with only eight units to start with that was it. 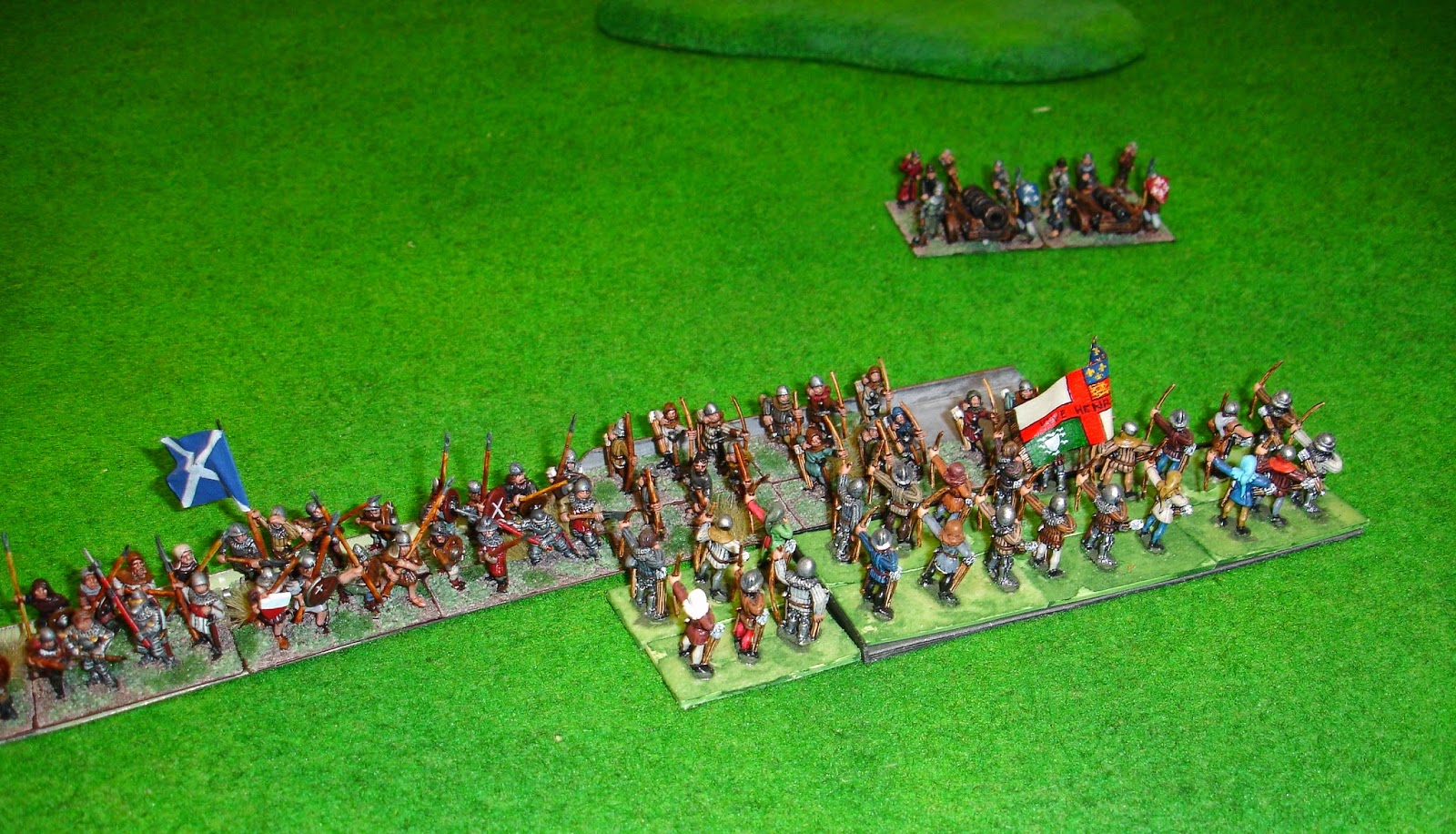 This was my far left, holding its own, but hopelessly outnumbered. 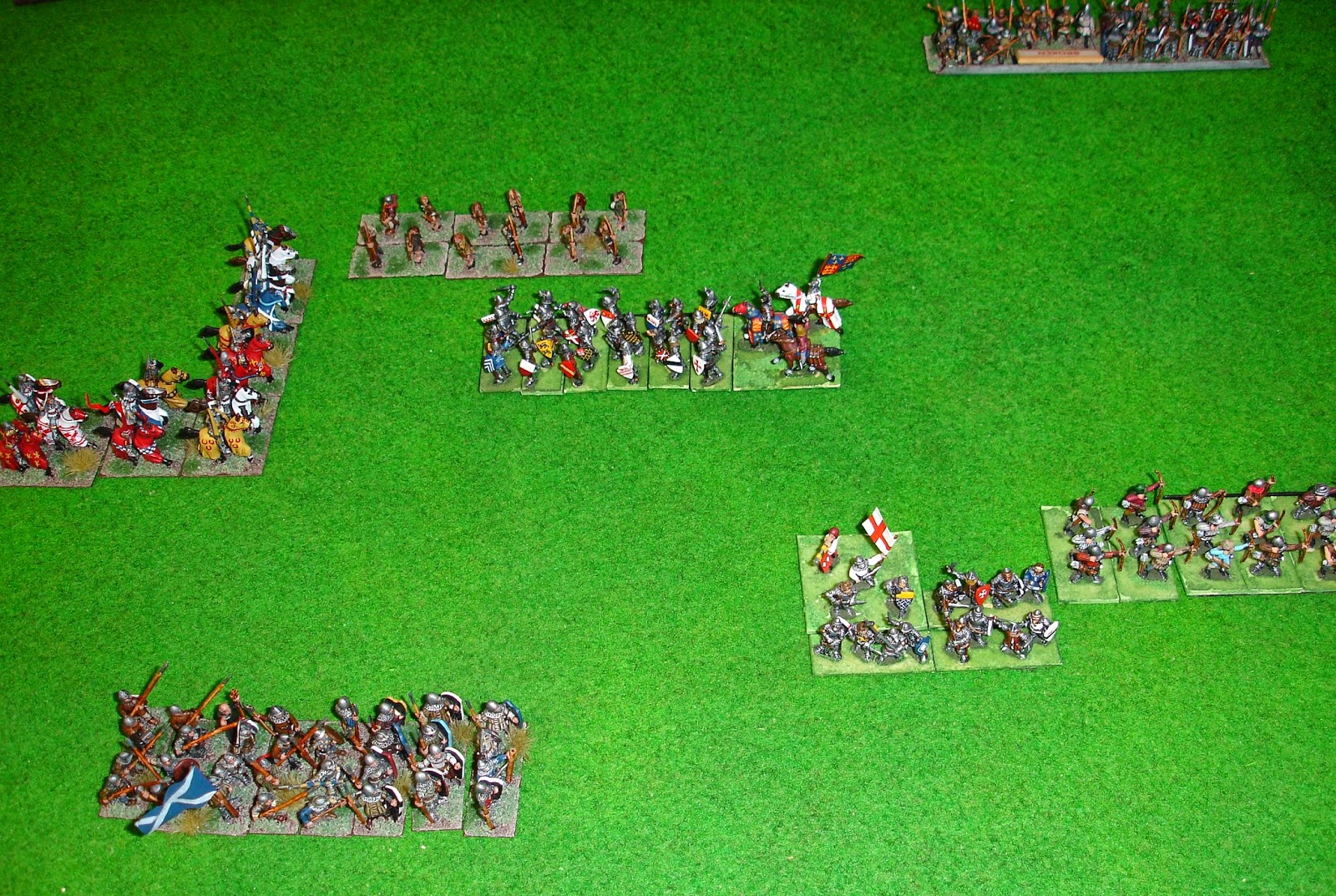 My centre redeploying as the Scots came in on the wings.

A mighty tough battle with lots of carnage and mayhem. Excellent!  Thanks Mark.